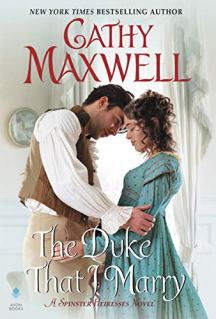 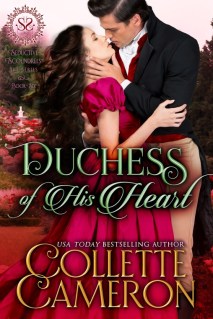 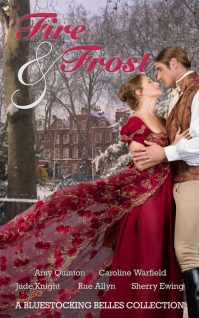 The Duke That I Marry 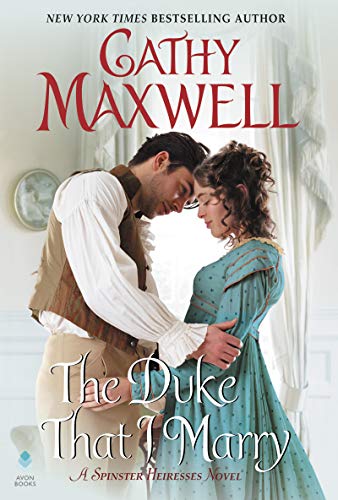 Once upon a time there were three young ladies who, despite their fortunes, had been on the marriage mart a bit too long.

They were known as “the Spinster Heiresses” . . .

Is it wrong for a woman to want more?

Not if she is a Spinster Heiress. They do not settle. Any young miss would be very lucky to find herself promised to a man like the Duke of Camberly. However, Miss Willa Reverly has watched her friends marry for love. Camberly may be the prize of the season, but she will not be “sold” to any man. She wants his devotion or she wants nothing at all.

When is a Marriage of Convenience inconvenient?

Newly named to the ducal title, Matthew Addison is determined to discover the secrets behind Mayfield, the bankrupt estate he has inherited. He doesn’t have time to coddle a headstrong heiress who is determined to ditch him over something as silly as “love.” Little does he know that his questions will place her in jeopardy. Now he must do what he must to save them both.

Could it be that in running from danger they might be racing headlong into a truly unexpected fate: falling in love 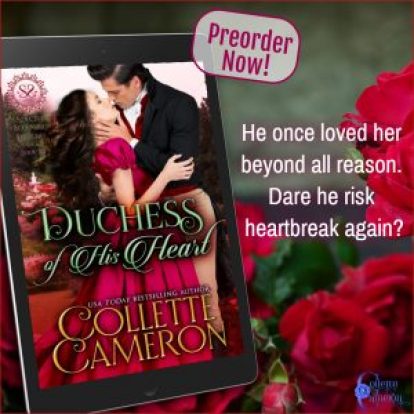 DUCHESS OF HIS HEART 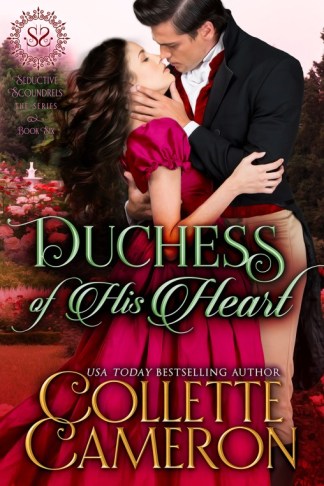 He once loved her beyond all reason. Dare he risk heartbreak again?

Leaving her first love behind was the hardest thing Regine, Duchess of Heartwaite, had ever done. Her marriage of convenience to another man saved her family, even as it laid waste to her heart. That was years ago, however. Now widowed, she’s ready to begin her life anew. But all it takes is one glimpse of her former sweetheart to realize the feelings she buried so long ago are still there, stronger than ever. Unfortunately, his feelings for her are decidedly colder…

Solicitor James Brentwood has only one mistress these days—his work. Being jilted by his betrothed taught him love simply wasn’t worth the cost. But Regine is back in England now, more beautiful and alluring than ever. And it’s not long before he begins to feel things he has no business feeling. Especially not for her. Not again.

But when a nemesis intent on destroying Regine emerges, it’s James who must come to her rescue. Can they overcome their differences and painful past to claim their happily ever after? Or will their second chance at love end as disastrously as their first? 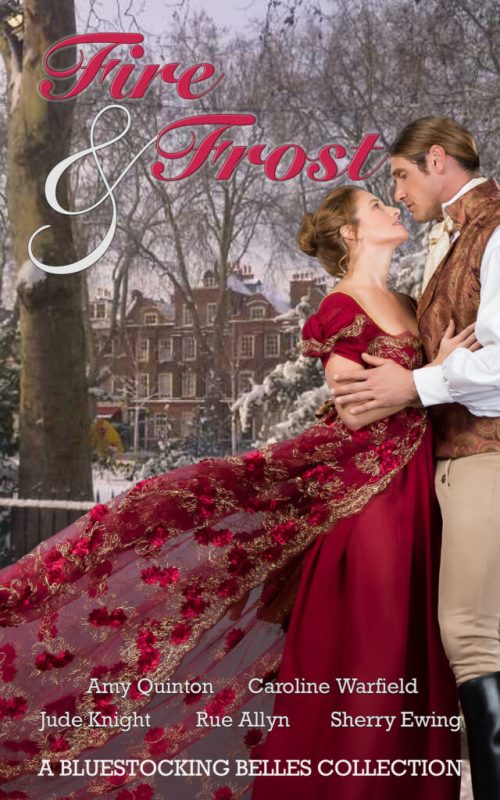 Join The Ladies’ Society For The Care of the Widows and Orphans of Fallen Heroes and the Children of Wounded Veterans in their pursuit of justice, charity, and soul-searing romance.

The Napoleonic Wars have left England with wounded warriors, fatherless children, unemployed veterans, and hungry families. The ladies of London, led by the indomitable Duchess of Haverford plot a campaign to feed the hungry, care for the fallen—and bring the neglectful Parliament to heel. They will use any means at their disposal to convince the gentlemen of their choice to assist.

Their campaign involves strategy, persuasion, and a wee bit of fun. Pamphlets are all well and good, but auctioning a lady’s company along with her basket of delicious treats is bound to get more attention. Their efforts fall amid weeks of fog and weather so cold the Thames freezes over and a festive Frost Fair breaks out right on the river. The ladies take to the ice. What could be better for their purposes than a little Fire and Frost?

Her scandalous birth prevents Matilda Grenford from being fully acceptable to Society, even though she has been a ward of the Duchess of Haverford since she was a few weeks old. Her half-brother, the Marquis of Aldridge, is convinced she will one day be wooed by a worthy gentleman, but Matilda has no such expectations. The only man who has ever interested her gave her an outrageous kiss a year ago and has avoided her ever since.

Charles, the Earl of Hamner is honour bound to ignore his attraction to Matilda Grenford. She is an innocent and a lady, and in every way worthy of his respect—but she is base-born. His ancestors would rise screaming from their graves if he made her his countess.

When his mother and her guardian begin collaborating on Her Grace’s annual charity fundraiser, neither Charles nor Matilda sees a way to avoid working together. And neither can forget the kiss they once shared.

My One True Love

Major Arthur Trevor PenRhyddyrch, Earl of Trehallow, returned to Wales from war and found his best friend gone. No one would speak her name let alone tell him where she might be. Then he found her in the frosty London fog of January 1814 only to lose her in the next moment.

When Miss Mary Percival Cummins saw Trevor in the fog, she ran. She knew he would hate her once he heard what others said, and the memory of their friendship was too dear for her to survive knowing he despised her.

But fate and the Duchess of Haverford had different plans. Her Grace knew, if they did not, that these two friends deserved the happiness of finding their one true love.

A Second Chance at Love

Viscount Digby Osgood returns to London after a two-year absence, planning to avoid the woman he courted and then left. Surely she has moved on with her life; even married by now. A bit of encouragement from a friend, however, pushes him to seek the lady out. Can she ever forgiven him and give them a second chance at love?

Lady Constance Whittles has only cared for one man in her life. Even after he broke her heart, it remains fixed on him. Another man tries to replace him, but she soon learns she can never feel for him a shadow of what she still feels for Digby. One brief encounter with Digby confirms it; she is more than willing to forgive him. Can they truly take up where they left off?

Charity projects and a Frost Fair on the Thames bring them together, but another stands in their way. Will he tear them apart?

There comes a time in every bachelor’s life, when his good-natured but meddling sister gets it into her mind to play matchmaker. And in every occasion, they contact none other than Lady Harriett Ross, self-proclaimed Motley Meddler, the Mistress of Destiny, and Wielder of the Infamous Umbrella.

Enter the Duke of Eastly. A man with just such a sister. He has scars, thinks society is nonsense, and prefers to stay far away from any and allshenanigans. But he could never resist his sibling, who tells him a sorrowful tale of woe, of a dear friend’s shy plight ahead of an important auction at the Frost Fair of 1814. No worries. He has the perfect solution. Help is on the way!

Enter the friend, Miss Artemis Synclaire. The precise opposite of timid and shy. And as such, she won’t stand for the Beast’s asinine resolution. She’d rather dine with an elephant (which could actually be arranged) than deal with a man such as he.

Can two such stubborn people ever bend enough to discover they’ve found their perfect match?

Look for my review of this collection

These reviews and promos are my gift to you the reader.

I do not receive any compensation for my promotions. 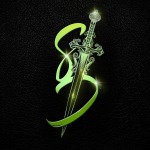