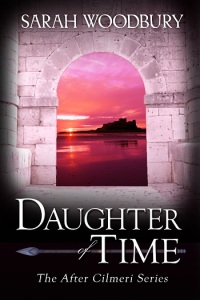 Time travel to medieval Wales … A medieval man with an uncertain destiny, Llywelyn, the Prince of Wales, faces treachery and deceit at the hands of friends and foes alike …

A modern woman with a troubled past, Meg’s life is in tatters when she slips through time and into medieval Wales …

Only by working together can Meg and Llywelyn navigate the shifting allegiances that threaten the very existence of Wales–and create their own history that defies the laws of time.

Love. Magic. Faith. By the autumn of 537 AD, all who are loyal to King Arthur have retreated to a small parcel of land in north Wales. They are surrounded on all sides, heavily outnumbered, and facing near certain defeat.

But Myrddin and Nell, two of the king’s companions, have a secret that neither has ever been able to face: each has seen that on a cold and snowy day in December, Saxon soldiers sent by Modred will ambush and kill King Arthur.

And together, they must decide what they are willing to do, and to sacrifice, to avert that fate.

Join Gareth & Gwen in their first mystery together …

Five years after Gareth walked away from Gwen in disgrace, she encounters him in the aftermath of an ambush, standing over the body of a murdered king. Although it isn’t exactly the reunion Gwen had dreamed of, she and Gareth join forces against the treachery and intrigue rife within the court of Gwynedd.

And once blame for the murder falls on Gareth himself, Gwen must continue her search for the truth alone, finding unlikely allies in foreign lands, and ultimately uncovering a conspiracy that will shake the foundations of Wales. 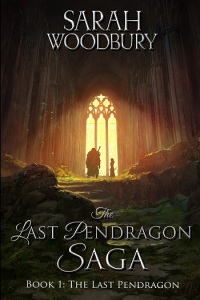 Rhiann knows that demons walk the night. She has been taught to fear them. But from the moment Cade is dragged before her father’s throne, beaten and having lost all of his men to her father’s treachery, he stirs something inside her that she has never felt before. When Cade is revealed to be not only Arthur’s heir but touched by the sidhe, Rhiann must choose between the life she left behind and the one before her–and how much she is willing to risk to follow her heart.

These reviews and promos are my gift to you the reader.

I do not receive any compensation for my promotions.