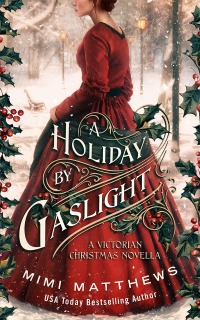 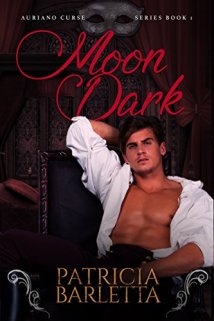 A Holiday By Gaslight

“Readers will easily fall for Sophie and Ned in their gaslit surroundings.” -Library Journal, starred review

A Courtship of Convenience

Sophie Appersett is quite willing to marry outside of her class to ensure the survival of her family. But the darkly handsome Mr. Edward Sharpe is no run-of-the-mill London merchant. He’s grim and silent. A man of little emotion–or perhaps no emotion at all. After two months of courtship, she’s ready to put an end to things.

A Last Chance for Love

But severing ties with her taciturn suitor isn’t as straightforward as Sophie envisioned. Her parents are outraged. And then there’s Charles Darwin, Prince Albert, and that dratted gaslight. What’s a girl to do except invite Mr. Sharpe to Appersett House for Christmas and give him one last chance to win her? Only this time there’ll be no false formality. This time they’ll get to know each other for who they really are.

This is the second time I have read anything by this author. The fact that it is a novella spurned me on to get another taste of this author’s writing style.
I love historical Christmas stories and make it a point to read several leading up to the holiday season.

Sophie Appersett is more than willing to help her family out by marrying out of her class.

The darkly handsome Mr. Edward Sharpe is no run-of-the-mill London merchant. Is his grim and silent countenance a façade or is he maybe even worse than he appears. After a short courtship Sophie is more that ready to call it off. After her parent’s obvious outrage she gives him another chance by inviting him to spend Christmas with her family.
Will this visit lead to a change of heart.
I gave this short holiday romance 4.5 of 5.0 stars for storyline and characterization. This is a charming Victorian Christmas tale that will pull you in.
I received a complimentary digital copy of this title to read. This in no way affected my opinion of this title which I read and reviewed voluntarily

Mimi Matthews is the author of The Pug Who Bit Napoleon: Animal Tales of the 18th and 19th Centuries and A Victorian Lady’s Guide to Fashion and Beauty. She researches and writes on all aspects of nineteenth century history—from animals, art, and etiquette to fashion, beauty, feminism, and law. Her scrupulously cited articles have been published on various academic and history sites, including the Victorian Web and the Journal of Victorian Culture, and are also syndicated at BUST Magazine.

Mimi’s writing and research have been referenced in such diverse web and print publications as Smithsonian Magazine, The Paris Review,TheJournal of Civil War Medicine, and Apartment Therapy. Her work is frequently used in high school and college classrooms as part of an English or History curriculum.

When not writing historical nonfiction, Mimi is a USA Today bestselling, award-winning author of exquisitely proper Victorian romance novels with dark, brooding heroes and intelligent, pragmatic heroines. She is a member of the Historical Novel Society, Romance Writers of America, and English Historical Fiction Authors. Her debut Victorian romance The Lost Letter was released in September 2017.

In her other life, Mimi is an attorney with both a Juris Doctor and a Bachelor of Arts in English Literature. She resides in California with her family—which includes an Andalusian dressage horse, two Shelties, and two Siamese cats.

Click on the above image to find these SALE PRICED TITLES!

Brought to you by Prolific Works!

A deadly stiletto rips through the Venetian night, and Lady Sabrina Barclay is saved from certain death by a mysterious Shadowman. Her secret errand, forced on her by her devious and tyrannical uncle-in-law, is thwarted, and she is fearful he will withdraw his support of her and her young son. But who would want her dead? And who—or what—is the creature who saved her?

Alessandro, Prince of Auriano, is cursed, forced to live half of every month as Shadow, losing all sense of touch. When he saves the Englishwoman from an assassin’s blade, he is captivated by her beauty and shocked at his ability to feel her. Could she be the key to unlocking the curse that binds him and his family?

When Sabrina meets Alessandro in his human form, she is drawn to his dark and seductive charm. She has no idea he is her shadowy savior. Alessandro has never met a woman like Sabrina. He senses the inner strength of the ravishing Englishwoman, and something else—power that could deliver him from damnation. The thread of fate binds them together as they race to outwit the evil that stalks them and surrender to the passion that neither can deny.

Please note this is a revised re-release with a fresh new cover.

I ended up liking this book although I may have stopped reading if I wasn’t reading it for review. To me it starts out slow, but gets progressively better as the story goes on.
I know it’s considered a Paranormal Historical Romance but I would label it “Supernatural” due to some of the characters and events.
The Pros: The overall storyline is very good and the characters are well developed. They keep you guessing as to what will happen next.
It ends in somewhat of a cliffhanger making you want to read the next book in the series.
The Cons: The story starts off slowly. It could have been one that I would have put aside if not for the commitment I made to read it.

I was not previously familiar with this author, but would be very interested in reading the next book in the series. The cursed twins were a great idea.
I was provided with a complimentary copy of this book through Reading Deals Book Club so I could give an “honest review.”

As a native of the Boston area, Patricia has been inspired by its history, which influenced her stories, and probably had an impact on her decision to become a high school British Literature teacher so she could pay the bills. She received a Master of Fine Arts in Creative Writing degree at the fabulous Stonecoast program in Maine. And now she’s an author writing about dark heroes, feisty heroines, magic, and other fantastical things.

FREE For a Limited Time

Captain Xavier Grey’s body is back amongst the beau monde, but his mind cannot break free from the horrors of war. His friends try to help him find peace. He knows he doesn’t deserve it. Just like he doesn’t deserve the attentions of the sultry bluestocking intent on seducing him into bed…

Spinster Jane Downing wants off the shelf and into the arms of a hot-blooded man. Specifically, the dark and dangerous Captain Grey. She may not be destined to be his wife, but nothing will stop her from being his mistress. She could quote classical Greek by the age of four. How hard can it be to learn the language of love?

The Dukes of War historical romance books in series order: