The Dark Duke they call him.

And he certainly matches up to his name. From his looks to his constantly furrowed brow, Miss Beatrice Edgerton is under no illusions as to the status of their arranged marriage.

It will be very much one of convenience. With him conveniently providing the title her family so desperately wants and her family bringing in plenty of money for his dilapidated home. She is simply grateful he is younger than her first husband.

Lord Morton, Duke of Hartwich, is only a little perturbed by the vibrant Beatrice. After all, he sets her straight from the very first day of their marriage—this is one of mutual benefit. In one way only. She can expect no affection or romance from him.

Because, frankly, he is incapable of such things. Being a one-legged duke with a slightly dark past brings enough challenges without him having to worry about a wife too. His days of concern for anyone are long gone.

Unfortunately, It is not only the duke’s dark demeanor she has to deal with. Someone is trying to cause trouble for them but they cannot fathom who or why.

Grace is determined to make the best of the situation, even whilst spending Christmas with the duke alone in the eerie Hartwich Hall. Why, perhaps she might even be able to change the duke’s mind about their relationship.

Straightening her shoulders, Bea marched toward Adam. She kept her chin lifted and her gaze set upon her target. Nothing was going to dissuade her today. After all, she had spent too many days watching him ride in the crisp morning air with a pang of jealousy. It was high time she learned to ride too.

And her husband was going to teach her whether he liked it or not.

He glanced her way and she saw his shoulders stiffen. He said something to the groom, who retreated into the shadows of the stable block, leaving them alone in the bitter morning. If it did not snow by Christmas, Bea would be surprised indeed.

Most mornings, a hard frost lay upon the ground, lit by bright, misty sunshine. All it needed was a little warmth in the air and snow would be upon them. She was rather looking forward to seeing what Hartwich Hall looked like in the snow. Would it appear more attractive? Less harsh and ancient?

She met his gaze firmly and squared her posture as though readying herself for a fight. Which it would likely be. Though they had managed not to argue since the night they shared a bed, it was only a matter of time, and she doubted he would be excited about sparing the time to teach her.

However, she was a duchess, and it seemed correct that she should know how to ride. Not to mention, she envied his freedom. Whilst she enjoyed a good walk—especially now she knew where she was going—the speed and excitement of riding seemed enthralling. She had been deliberately getting to know the horses to overcome any lingering fears just so she could ask Adam this…

The corners of his lips curved. “You do not even like horses, Bea.”

She scowled at this. “I did not like horses. I do now that Persephone and I have bonded. And I wish to learn how to ride. I think you should teach me.”

He shook his head. “No.” He turned on his heel and marched over to the water pump, setting a bucket underneath it.

“No?” she repeated, hastening after him. “What sort of an answer is that?”

He spared her a quick glance as he began to pump. “A negative one, I believe.”

She exhaled. “I think it proper that I should learn.”

“Many women do not ride. I think it quite proper that you do not.” Adam worked the pump vigorously, drawing her attention to the muscles in his arms as they flexed against the pale white of his shirt.

A tiny shiver ran through her while she recalled that very arm being wrapped around her the other night when she had been so cold. Sometimes, she could swear her husband was two different men. The one who was determined to ignore and frustrate her at every turn and the gentleman who could be soft and even kind at times. For all his frustration with her, at least she was damn well predictable.

Forcing her gaze away, she propped her hands on her hips. She could not allow him to distract her. “If you do not teach me, I shall find someone else who will.”

He shook his head again. “No one will teach you, be assured of that.”

Bea followed him as he took the bucket into the stable block and poured it out into a trough. “It would be simple enough to teach me, surely? Just think, if I can ride, I will not have to plague you so much.”

“A welcome prospect indeed but you are not riding, Bea, and that is final.”

He moved past her and out of the building as though she did not exist. She followed him out to the water pump again. “You cannot dictate what I do, Adam.”

“I am your husband. I can do precisely that,” he said.

“I shall learn, one way or another. I shall just climb up on a horse and hope for the best.”

His jaw tensed and dropped the bucket to the floor and faced her fully. “You damn well will not.” 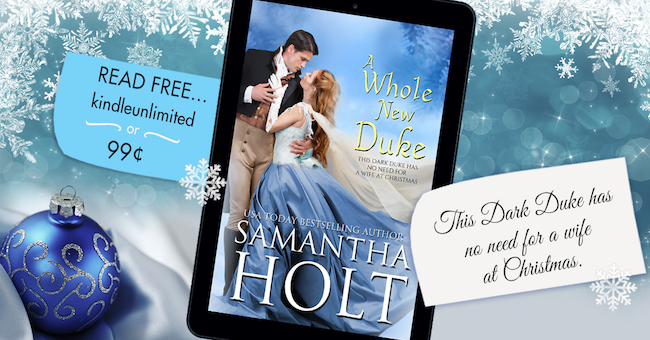 her twin girls and a dachshund called Duke. If you’re not sure where to start why not try…

Amelia and the Viscount (Bluestocking Brides #1) for a fun, slightly hot shorter length read. Meet the Chadwick sisters and follow their adventures in each of their standalone stories.

You’re the Rogue That I Want (Rogues of Redmere #1) is a longer read with heat, witty dialogue, a feisty heroine and adventure. All books in the series are standalone.

Sinful Confessions is the first in the Cynfell Brothers Series. These are all novella length and standalone–ideal for a quick dip into the world of the sexy Cynfell brothers.

Wake Me With a Kiss is a sweet, fairytale romance. Twists on Beauty and the Beast and Cinderella are also available if you love a clean, fun read.

To Steal a Highlander’s Heart is a full length dive into the world of sexy highlanders. For those who love braw Scots, some steamy scenes, and medieval romance, this series is a perfect escape.