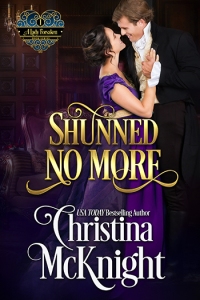 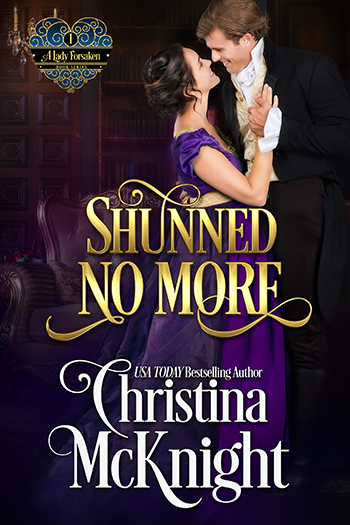 A LADY SHUNNED BY ALL…

Lady Viola Oberbrook only wanted to forget the ill-fated early morning duel that took the lives of two young, wealthy, promising men of the ton and sent her fleeing for her father’s country estate. Eight years later, she has her life in order: a fulfilling business, a few trusted friends, and no plans to return to London society. What she doesn’t expect is to come face to face with her past.

A LORD BETRAYED BY ONE…

Brock Spencer, Earl of Haversham, only wants vengeance. Recently returned from his military service to the King, his plans include repairing his family estate, finding a bride, and destroying the girl responsible for the untimely death of his twin brothers. What he doesn’t anticipate is falling in love with the only woman who should never be part of his future.

AN IMPOSSIBLE MATCH, DESTINED TO BE.

This is a collection of mostly previously published novellas.

A Roguish Christmas is filled with kisses, love, and romance. Get lost in EIGHT tales guaranteed to lift your holiday spirits…

Rebellious Angel by Dawn Brower: Angeline Marsden finds herself in trouble she can’t extricate herself from. She turns to the one man she can always depend on. Much to Lucian, the Marquess of Severn’s dismay he’s always been drawn to Angeline. When she finds herself in a mess of her own making he comes to her rescue and offers to marry her.

Chasing Lord Mystery by Aileen Fish: Lady Miriam’s mother accused her of chasing Lord Mystery after a noble act by a handsome gentleman six years ago became the measure of all other men. Now he’s staying at the home where she’d hoped to escape a matchmaking summons from her grandfather, the Duke of Danby. Terrified Northcotte will recognize her and reveal the contents of the scandalous letter she wrote him years ago, she can’t decide which is the bigger threat: the duke armed with a special license, or Lord Mystery, who carries a secret she’d never live down.

A Very Mari Christmas by Rebecca Lovell: Isabel verch Mathias always enjoyed the tradition of the Mari Lywd, and after becoming enamored of the player’s voice becomes determined to find the man beneath the costume. Unfortunately, Philipe ap Moris has fallen on hard times and is working for Isabel’s father under an assumed name, and so resolves to keep her as far from his secret as possible. While Isabel searches for the mystery man of her dreams, Philipe finds himself developing feelings for the headstrong woman in spite of his best efforts.

Hela takes a Holiday by Rebekah Lewis: It’s lonely being the queen of the dead. Hela longs for a life among the living, and a chance at love. When Loki grants her wish, she’s elated…only to discover later that even a trickster god’s daughter isn’t safe from his deceit. Can she find true love in the arms of a Viking warrior in the land of the living, or will she be the cause of an entire village’s destruction?

How to Kiss a Rogue by Amanda Mariel: Lord Christian St. Vella the Marquis of Knightly has no desire to marry. The more Lady Natalie chases the more irritated he becomes. As the party progresses he cannot help but see past her shallow exterior and recognizes a lady he could fall for.
Will they come together to share a unforgettable Christmastide?

My Thoughts:
I read an ARC of book one of this three novella, three author series through NetGalley and was intrigued by this concept so I purchased book #2 . Since they are all novellas I finished reading book #2 very quickly. I found it interesting since it is more or less an extension of book #1 although by entirely different authors You have to read book #2 to discover the reason for best friends for all their life seem to have a falling out.
It is a well written story and we already know most of the characters from the first novella.
I gave this story 3.75 of 5 stars for story line and characterization and 2 of 5 flames for heat.
Since most of the characters came from book #1 there was no need to develop them since the authors were working together on these 3 stories. It does have it’s heated moments but nothing overt.
You must read book #1 before reading this one though as it is most certainly not a stand alone.

A Kiss at Christmastide by Christina McKnight: After a ruinous London season, Lady Pippa Godfrey has given up on the idea of true love–until a devilishly handsome stranger arrives at her Somerset estate, seeking shelter from a winter storm. Soon, she’s daring to claim a Christmas kiss with Lucas Hatfield, the Earl of Maddox, but when the storm abates, will he break her heart like all the rest?

My Thoughts:
Who doesn’t believe in a little Christmas magic and this story depends on just that to make it possible.
This reader loves a good Christmas story line and this is just that. The characters are well developed and the story line is what we have come to expect from this author, an excellent HEA, with unforgettable characters that make you want more.
I would give this book a 4.25 star rating and look forward to the next installment in the series.
I received a digital ARC of this book compliments of the publisher and author in exchange for an honest review.

The Rogue’s Seduction by Lauren Smith: Perdita Darby is desperate to avoid a fortune hunter and the only way to escape him is to engage herself to Vaughn Darlington, the notorious Devil of London, a rogue so wicked that no other man would cross him. But when Perdita braves the winter chill at midnight and seeks his help, she discovers the viscount’s passionate kiss heats her body and makes her heart sing with forbidden longing. What begins as a fake engagement becomes a tarnished lord’s secret wish, to have true love on Christmas.

My Thoughts:
I love Lauren Smith books, especially her historical romance and dragon shifter titles. I try not to miss a single one of these two genre by this author.

Perdita Darby wants no part of marriage to the cruel man who wants to trap her into marriage. With nowhere to turn she seeks the aid of Lord Vaughn, Viscount Darlington known for his roguish ways.

Vaughn is in desperate straits and needs the money Perdita is willing to offer for his help. But will this fake engagement lead to an everlasting love between this unlikely pair?

I gave this book 4.25 of 5.0 stars for story line and character development and a sensual rating of 3.5 of 5.0 flames. The intimacy is sensual but mildly written in this book.

I originally read this title as part of the Hot Winter Nights anthology previously available on Amazon. I re-read it when offered a complimentary digital ARC of it as a standalone title. This in no way affected my opinion of this book which I read and reviewed voluntarily.

One Silent Night by Sandra Sookoo: Lady Tabitha Sinclair doesn’t need or want a man, but this Christmastide season, she hopes she will be more than a wallflower. The Honorable Duncan Beauchamp wants one silent night to himself, for he’s sworn off women. A series of banter and flirt-filled meetings throughout the ballrooms of London together just might change their minds and give them a love they didn’t know they needed.