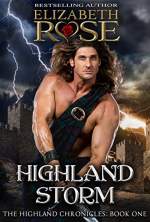 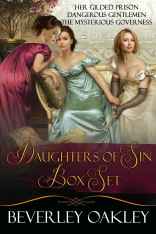 Enemies, lovers, or possibly both? How far will one go to get mentioned in the Highland Chronicles?

From the author of the bestselling series, Legendary Bastards of the Crown, Legacy of the Blade and more, comes a brand new series of Highland romance.

Hawke is the son of the well-known and respected laird, Storm MacKeefe. When the King’s Chronicler arrives at the castle to record the heroic acts of the MacKeefe Clan, Hawke decides it is time to be noticed and to step out of his father’s shadow.But getting mentioned in the Highland Chronicles isn’t an easy task. Not when he and his friends have to live up to the legends of their parents. Will anyone ever be able to outshine Storm and the Madmen MacKeefe?When a hunting trip turns into a deadly battle against their rival clan, the MacNabs, Hawke is left for dead and his grandfather is abducted. Wounded, and in one final attempt to even the score, Hawke captures MacNab’s daughter when she tries to strip him of his belongings on the battlefield.

Phoebe MacNab is a healer, traveling with her father’s men through enemy territory, while looking for precious herbs. But when she is taken captive by the handsome Hawke MacKeefe, she is forced to make a decision that can change her life forever.

Will capturing the daughter of a sworn enemy as part of a daring plot to save his grandfather finally get Hawke mentioned in the Highland Chronicles? Or will his attraction for the lass and his desire to protect her, turn his clan against him instead?

Legacy of the Blade

Corbett Blake is a child who wants to be a knight and follow in his father’s footsteps, but because he is gifted, he is sent to be a sorcerer’s apprentice instead.
This short story of approximately 6,500 words is the prequel of the four-book Legacy of the Blade series and sets the scenes for the books to follow. Excerpts from each book in the series are included.

The full-length novels in the series are Lord of the Blade, Lady Renegade, Lord of Illusion, Lady of the Mist.

I would have liked a little more meat to this story. We know that Corbett doesn’t want to be the sorcerer’s apprentice and would much rather be a knight.

We find he has lost his entire family in a series of random acts of tragedy, evil and war. Reading this makes you want to know the source of his pain so it makes book one of the series a must read.

I received a complimentary copy of this short story to read. This in no way affected my opinion of this title which I read and reviewed voluntarily.

I gave this short read 3.25 of 5.0 stars. It just needed a bit more development in this reader’s opinion.

Legacy of the Blade Series: (Medieval)

Legacy of the Blade Prequel 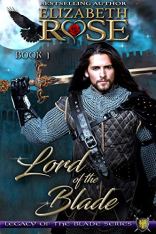 For the first time since it was published in 2017,

The Accidental Elopement is now free

for the next three days during a flash sale.

You can get it here. 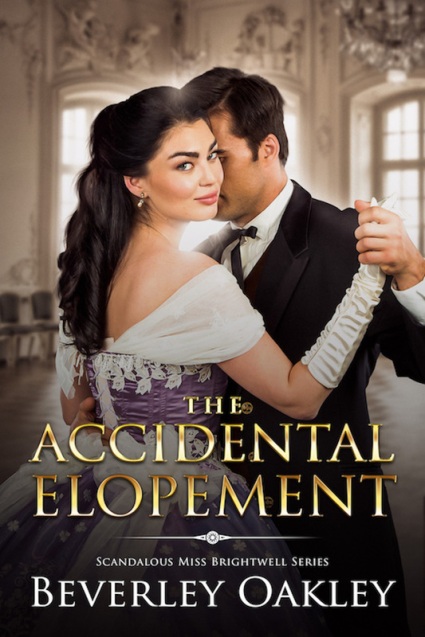 Friends at seven, lovers at seventeen, Katherine and Jack were meant to be together.

But when a tragic mistake results in marriage to the wrong man for Katherine, a heartbroken Jack heads to foreign lands to make his fortune.

Now Jack is returning and Katherine is a widow, eagerly awaiting the only man she’s ever loved.

Experience has taught her to value even more his qualities of honour and bravery, while his humour and playfulness are ever on her mind, a counterpoint to her years of living with a humourless husband.

But to Katherine’s dismay, she learns that Jack is returning with his betrothed, a woman he agreed to marry abroad.

Katherine knows Jack can’t possibly love this woman as he’d loved her. She also knows she has the power to win him back. But Jack has equally compelling reasons for going forward with the betrothal he contracted in the West Indies.

Will love or honour prevail?

This is Book 4 of the Scandalous Miss Brightwells series though it can be read as a standalone.

“This book kept me hanging until the very last page… but the agony of not knowing the twists and turns until they were on me made it the most splendid adventure.”

“Great plot and characters which will keep you turning pages. Hope there are more to come.”

If you love your romance sprinkled with scandal, sizzle and with a wicked twist at the end, you’ll love The Accidental Elopement.

The first three complete novels in the

You can get the Boxed Set on all platforms here for only 99c.

Two nobly born debutantes and their illegitimate sisters -a governess and an actress -compete for love while bringing to justice a handsome, dangerous traitor in these passionate, intrigue-filled Regency romances.

HER GILDED PRISON ~She was determined to secure the succession, he was in it for the pleasure. Falling in love was not part of the arrangement.

When dashing twenty-five-year-old Stephen Cranbourne arrives at the estate he will one day inherit, it’s expected he will make a match with his beautiful second cousin, Araminta.

But while proud, fiery Araminta and her shy, plain sister, Hetty, parade their very different charms before him, it’s their mother, Sybil, a lonely and discarded wife, who evokes first his sympathy and then stokes his lustful fires.

As Stephen introduces Sybil to every pleasure she’s been deprived of, duty turns to a deep and mutual love. But with the unexpected arrival of a contender to the estate, Sybil realises that what she’s set in motion to save the family might have tragic consequences. 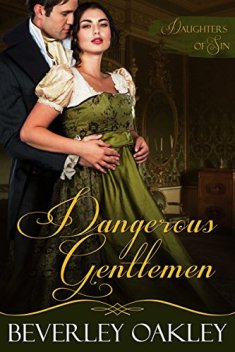 DANGEROUS GENTLEMEN ~ Shy, plain Hetty was the wallflower beneath his notice…until a terrible mistake has one dangerous, delicious rake believing she’s the “fair Cyprian” ordered for his pleasure.

Shy, self-effacing Henrietta knows her place—in her dazzling older sister’s shadow. She’s a little brown peahen to Araminta’s bird of paradise. But when Hetty mistakenly becomes embroiled in the Regency underworld, the innocent debutante finds herself shockingly compromised by the dashing, dangerous Sir Aubrey, the very gentleman her heart desires. And the man Araminta has in her cold, calculating sights.

Branded an enemy of the Crown, bitter over the loss of his wife, Sir Aubrey wants only to lose himself in the warm, willing body of the young “prostitute” Hetty. As he tutors her in the art of lovemaking, Aubrey is pleased to find Hetty not only an ardent student, but a bright, witty and charming companion.

Despite a spoiled Araminta plotting for a marriage offer and a powerful political enemy damaging his reputation, Aubrey may suffer the greatest betrayal at the hands of the little “concubine” who’s managed to breach the stony exterior of his heart.

THE MYSTERIOUS GOVERNESS ~  Lissa Hazlett lives life in the shadows. The beautiful, illegitimate daughter of Viscount Partington earns her living as an overworked governess while her vain and spoiled half-sister, Araminta, enjoys London’s social whirl as its most feted debutante.

When Lissa’s rare talent as a portraitist brings her unexpectedly into the bosom of society – and into the midst of a scandal involving Araminta and suspected English traitor Lord Debenham – she finds an unlikely ally: charming and besotted Ralph Tunley, Lord Debenham’s underpaid, enterprising secretary. Ralph can’t afford to leave the employ of the villainous viscount much less keep a wife but he can help Lissa cleverly navigate a perilous web of lies that will ensure everyone gets what they deserve.