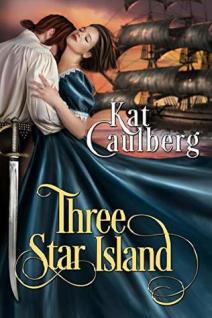 A hasty bargain, a deceitful courtship, and a persistent proposal.

Miss Grace Weston has read countless books involving courtship and romance. Putting her knowledge into practice, she offers her assistance in finding a match for her sister, declaring herself an expert in romance. She is well-read on the subject, after all.

When a bargain between sisters is struck, Grace is unable to resist a challenge. She must prove her expertise by gaining a proposal, one she plans to reject, from the man whose fleeting flirtation left her heart in ruin years before: Lord Ramsbury, the next Earl of Coventry.

But Lord Ramsbury’s pride does not take well to rejection, especially when he learns he must marry to keep his inheritance. And so he undertakes a challenge of his own: He will change Grace’s mind. In a battle of pride and proposals, his heart becomes more involved than he ever thought possible. To win the battle and Grace’s heart, he must employ his most harmful weapon.

But what is so harmful about a bit of romance?

Stepping through a time portal into 1716, historian Penny Saunders didn’t expect to get stranded in the past. 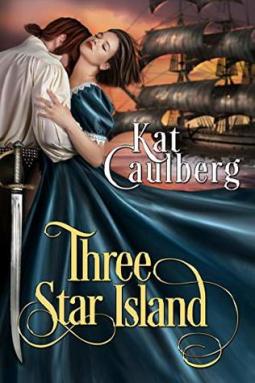 Five years later, now a pariah to the townsfolk of Three Star Island, she endures solitude and ridicule until a hurricane tosses a dangerous castaway onto her shores.

William Payne’s history precedes him. Pirate, outlaw, and ruthless captain, he’s a monster among men . . . or so it seems. Desperately seeking redemption for his blood-soaked past, he upends Penny’s world by showing her a passion she’s never experienced.

But time is closing in on them; the governor of the Carolinas has rescinded his pirates’ pardon, the locals are growing suspicious of Penny’s new houseguest, and she can’t keep her secrets from William forever. When everything falls apart, she must use both wits and weapons against lawmen and pirates alike to save the one man who would tear down the world for her.

For as long as she can remember, Kat Caulberg has been obsessed with history and the paranormal. Somewhat to the dismay of her parents, her interests led her into both museums and graveyards as a child, a trend which has continued into her adulthood. This has influenced her reading tastes and her writing, whether it be a good ghost story, thrilling tales of time-travel, or devouring endless volumes of ancient warfare.

She signed a contract with Soul Mate Publishing in 2018 for her first novel, Three Star Island, a time-travel story set in 1721. She enjoys writing strong, quirky heroines, and has a weakness for cheeky heroes who have as much compassion as they have flaws.

Kat currently lives in North Carolina with her Englishman and a few cats. 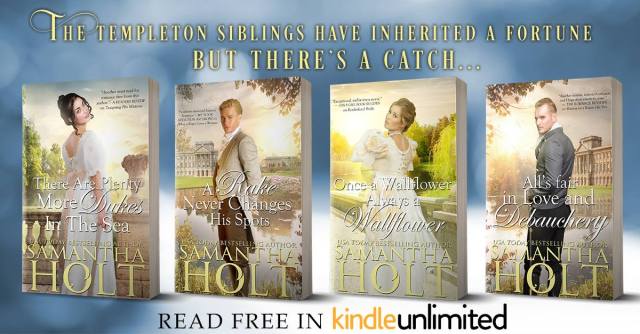 All’s Fair In Love and Debauchery 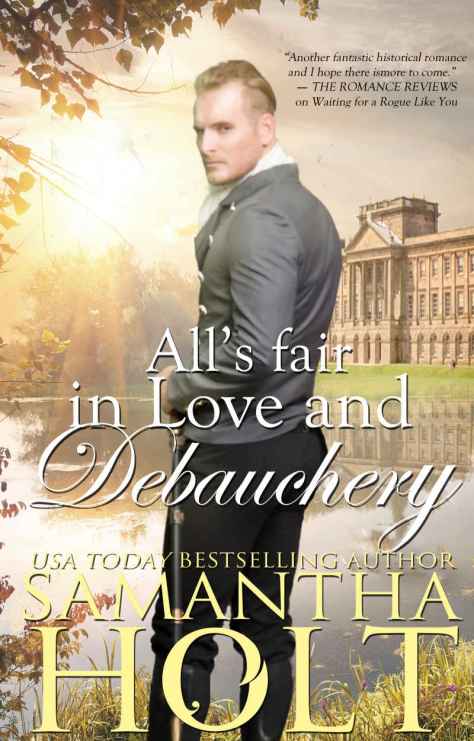 Now available For a Limited Time For $0.99

The Templetons have inherited a fortune but there’s a catch…

Theo, the Marquis of Eastbrook, has the easiest of tasks. At least the rest of his family thinks so. Return to his entailed estate and remain there for two months. It should be simple…
But he has refused to set foot there since the death of his wife.
Theo will do what he must for his family. It’s just, well, he almost forgot his ward still resides there.
Lucy Jameson is all grown up. Very grown up. So much so that it is becoming distracting. Not only is she attractive but she’s determined to show him how much she’s been looking after his house. The indomitable Lucy can run a household with all the talent of a woman twice her age apparently.
Every moment around her is like torment—knowing he cannot, must not touch her.
These two months were going to be challenging enough and now they’ll be even harder knowing he’s attracted to his ward—a young woman who should definitely be off limits.

Not as exciting as the first three books.

I liked the whole series however this final book just seemed predictable.
I was not enamored by the characters and not at all surprised by them.
Books one and three were the best of this series.
This final book gets 3.5 of 5.0 stars from me.
Sorry guys but this could have been much better.

I received a free copy of this book via Booksprout and am voluntarily leaving a review.