“The Masterson clan is back and funnier than ever in this delightful tale. Dineen’s comedic timing is pure gold!” -Jennifer Peel, Bestselling Author of My Not So Wicked Stepbrother

Catriona Masterton’s family is not normal.

Her father has a passion for taxidermized animals that he dresses in the family plaid. Her mother has a penchant for hoarding kitchen gadgets and other oddities that leave her sanity in question. Her grandmother, Nan, has never met a swearword she doesn’t like.

Despite all this, party-planner Cat leaves the hustle and bustle of New York City to move back to her tiny hometown outside of Chicago. She even buys her parents’ farm with plans to turn the barn into a stylish wedding venue.

Enter House to Home Television’s Renovation Brothers. Cat gets accepted as one of the show’s projects, bringing two gorgeous brothers to her doorstep. Unbeknownst to Cat, the TV hosts are behind a secret her newfound boyfriend will go to great lengths to keep hidden.

With all the upheaval—her parents’ chaotic move, her grandmother joyfully causing trouble wherever she goes, a film crew documenting her home being torn apart, and her boyfriend’s odd behavior—Cat’s starting to wonder if signing up for a reality TV show was a big mistake.

Will the renovation be a success? Or will secrecy and jealousy make Cat regret the day she packed her bags and left New York?

Find out in this hysterical tale packed with small-town charm, family drama, and true love.

is FREE for a limited time only!

As a kid, I had an ongoing fantasy. I’m waiting for the school bus to pick me up in front of my family farm, when a shiny black Lincoln Town Car pulls up next to me. A very attractive woman in the back seat rolls down her window and bursts into tears. She gasps, “Buffy, is that you?” (Note: I might have been enthralled with the television show, Buffy the Vampire Slayer at the time. I was definitely a fan of the name.) The woman and her equally handsome husband leap out of the car and throw their arms around me, engulfing me in a cloud of Chanel Number 5 and Versace Man.

Between sobs of joy, she calls to her husband, “Charles, it’s our baby. It’s really her!”

They tighten their embrace and I become the filling in a Pendleton wool sandwich. This wonderful, loving, perfectly ordinary couple, decked out in city clothes, explains how there was a mix-up at the hospital where I was born. Their baby and another were returned to the wrong bassinets after feeding time. They only discovered the truth when the person they thought was their daughter ran off and joined the circus as it passed through their town.

The woman says, “We knew then and there a mistake had been made. A child of ours would never dream of such nonsense.”

In retrospect, I realize I hadn’t thought this through very well. I should have wondered what kind of parents wouldn’t go after the child they’d raised and save her from a life of carnie living. At the time, I was too involved in my fantasy and the comforting explanation of why I was growing up in a near-insane asylum—a.k.a. Masterton Hall, a.k.a. an old farm house in Central Illinois. It was much easier to convince myself that I didn’t belong to the people who laid claim to me. I was Buffy Summers and my real family wasn’t embarrassing in the least.

This fantasy got me through some tough times. Like when my grandmother Nan called my little league coach a fukakta screwball who needed his eyes examined, I consoled myself that we didn’t share the same blood. As such, the shame I was feeling wasn’t really my own.

When my dad showed up to all my school functions wearing a kilt and boasting about the joys of being Scottish, I was comforted that the wrong girl was being called Catriona Masterton. When my mother bought six sauerkraut crocks because they were on sale, even though she hated sauerkraut, I said to myself, “Cat, these aren’t your people. Don’t lose hope. Your real parents will find you and take you away from all this.” When my brother Travis started to walk around the house in my mom’s high heels, I reminded myself that Buffy was an only child.

It wasn’t until high school that I finally accepted the Summers were no more than wishful thinking on my part, and that I belonged to the Masterton clan, hook, line, and sinker. Part of my acceptance was because I’d fallen head over heels in love with my childhood playmate, Sam Hawking.

Sam and I frolicked in the mud, learned to play cards, and studied for science tests together before discovering more adult games in the hayloft of my family barn. He gave my life meaning. He was enough reason to give up my dream of belonging to a normal family. If I wanted a life with him, I needed to stay right where I was. Goodbye, Summers Family! Hello, kooky Mastertons.

Sam made me feel things I’d never felt before. My body blossomed under his touch, my heart filled to the point of bursting, and my dreams shot out of the stratosphere. There was nothing he and I couldn’t do, be, or achieve as long as we were together. While my family was as odd as they came, around Sam I felt relatively sane. I’d even given us a celebrity couple name, SamCat.

Tragically, as often happens with first loves, we ultimately went our separate ways. The end of high school was the end of us. I was crushed, as it wasn’t my idea to break up, but college eventually softened the pain and my life moved on. My subsequent move to New York City propelled me into adulthood, which is where I met Ethan.

For two years, Ethan and I were a good couple. We were grown-ups together. We paid a mortgage, put money away for retirement, and we planned a wedding. Ethan was as different from Sam as I could find in a man. He’s what I thought I wanted, what I thought I needed. I was wrong. 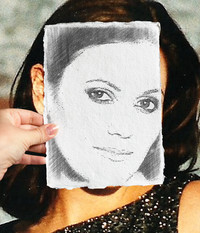 Whitney loves to laugh, play with her kids, bake, and eat french fries — not always in that order.

Whitney is a multi-award-winning author of romcoms, non-fiction humor, and middle reader fiction. Basically, she writes whatever the voices in her head tell her to.

She lives in the beautiful Pacific Northwest with her husband, Jimmy, where they raise children, chickens, and organic vegetables.

Finalist at the Book Excellence Awards, 2017 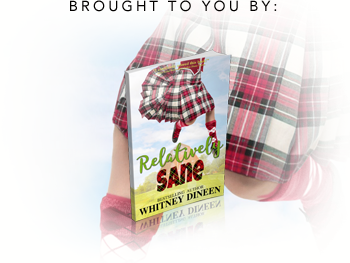