What’s worse than wanting the one person you can never have? How about finally getting them. Don’t get me wrong the sex was great, but everything that came after? Yeah, it’s like they say, be careful what you wish for.

My brother made a deal that didn’t go as planned. Now I have to get back what’s ours and pretty boy Jacoby is the tool to make that happen. I’ll torture and use him until I get what I want, then I’ll toss him aside like the rest.

A motorcycle club and a Mafia family shouldn’t make deals. Someone’s bound to lose. Family, friends and hearts, nothing’s safe in a world fueled by drugs, money and sex.

Ember-Raine Winters lives in sunny California with her two beautiful kids and a wolf. Also known as Apache her pure white Siberian Husky. She loves writing romance and reading just about anything she can get her hands on. And, football! She loves watching football and going to games. It’s one of her favorite ways to unwind. She dislikes the super-hot temperatures in her city and exercise. She hates to exercise but somehow her sister still gets her to do it every day. She also thinks it’s completely awkward talking about herself in third person. Ember loves connecting with readers so don’t be afraid to stalk her and drop her a line on social media.

Faith Ryan is wife to a handsome bearded man and mother to three, yes three, teenage girls. She lives in a small town in Ohio and is an avid reader of romance and frequently finishes several books in one day. A coworker recently told her that people who read romance are considered smarter than others, Faith totally agrees and thinks this doubly applies to romance authors. Everyone needs a little bit (or a lot) of romance in their life! Kiss My Luck is her first time publishing her work and she has several stories and a novel in the works. 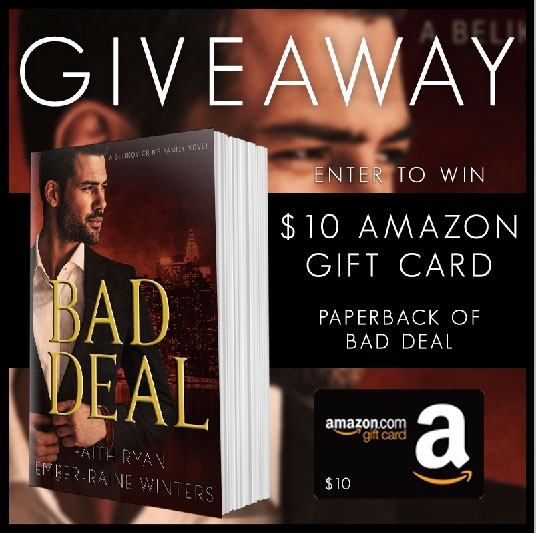