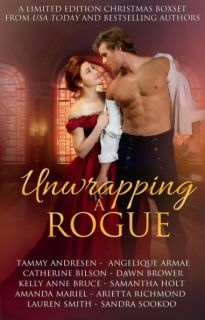 LAST DAY TO ENTER THIS GIVEAWAY!

Click above image to go to the entry form

BUY YOUR COPY of

“Seduced Under The Mistletoe” Now! 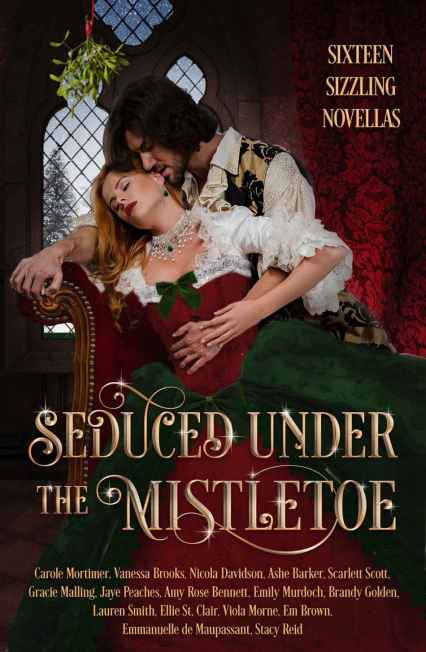 all with sumptuous Christmas settings:

Yuletide Yielding – by Ashe Barker
Trusting Her Highland Laird – by Brandy Golden
Duke of Christmas – by Ellie St. Clair
A Christmas Masquerade – by Vanessa Brooks
Peril with a Prince – by Emily Murdoch
Her Mistletoe Promise – by Jaye Peaches
Mistletoe Mistress – by Nicola Davidson
The Gentleman’s Seduction – by Lauren Smith
Bastian’s Surrender – by Carole Mortimer
My Lady of Misrule – by Amy Rose Bennett
A Wicked Christmas Wish – by Em Brown
A Bluestocking for Christmas – by Viola Morne
The Marriage Game – by Gracie Malling
Wicked Deeds on a Winter Night – by Stacy Reid
The Night Before Scandal – by Scarlett Scott
Master of the Moor – by Emmanuelle de Maupassant

From the snowbound Highlands to candlelit ballrooms, follow our feisty heroines as they unmask secret identities, scorn etiquette, and defy danger. See them submit to fierce warriors, sinful scoundrels, and masterful lords.

This boxed set will be available for just three months, so don’t miss out. Indulge in sixteen all-new novellas that will leave you longing for more than twelve nights of Christmas.

Buy Seduced Under the Mistletoe and lose yourself in

Available For Pre-Order From:

Highland spy Harrison MacMasters knows a pretty face can hide bitter deception. Once, he’d been drawn to Grace Winters and the temptation in her kiss. Now, he knows better than to trust her with anything, including his heart. But now he’s forced to watch over the one woman he hoped to never see again.

Grace Winters will do anything to keep her sister safe, even if it means stealing the Crown Jewels themselves. But when she’s caught in the act, she’ll need to make a bargain with the devil to keep herself from the gallows and her family from the poorhouse.

Too bad the one man she gave in to temptation with years ago now controls her fate.

Each book in the Highland Hearts series is STANDALONE:
* The Highlander Who Loved Me
* Lady Evelyn’s Highland Protector
* Tempting the Highland Spy 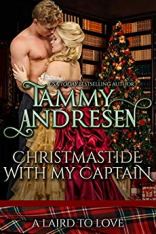 Her Perfect Rogue by Amanda Mariel

When Julia Honeyfield is sent away to a brothel, she runs away…only to find herself in the Duke of Selkirk’s arms. Dare she trust him to protect her?

Christmastide with my Captain by Tammy Andresen

Lady Emilia McDougal has watched love find each of her beloved sisters. When will it be her turn? Captain Jack Andrews lost his love of the sea long ago and he doesn’t deserve to find the love of his life.

Secluded with My Hellion by Dawn Brower

In the midst of the blizzard, Gavin Barrington, the Earl of Havenwood, and Lady Odessa Lynwood must overcome the earl’s worst fears and figure out if their love can conquer the challenges they must face.

Can the Devil of London, Viscount Darlington, save London’s favorite lady, Perdita, from a dangerous marriage by claiming her as his own?

I read this novella previously in January of this year.

Here is my review of

SOCIETY CALLS HIM THE DEVIL OF LONDON…

Lord Vaughn, Viscount Darlington, has a dark reputation for sinful pleasures, putting off even the most ardent mamas who crave his title for their unmarried daughters They say he’s dangerous enough to ruin a woman with just one look…But he can’t resist the pleas of a woman who needs his help. This rogue might yet be redeemed.

SHE’S THE DARLING OF THE TON…

All of London adores Perdita Darby. She receives invites to every party and has eligible gentlemen willing to wait for her, but she has no desire to marry. When she discovers a cruel man wishes to entrap her into a marriage that could spell her doom, she has nowhere left to turn. She makes a bargain with the devil of London, hoping to save herself. But the cost of their false engagement may put them both in danger…

I love Lauren Smith books, especially her historical romance and dragon shifter titles. I try not to miss a single one of these two genre by this author.

Perdita Darby wants no part of marriage to the cruel man who wants to trap her into marriage. With nowhere to turn she seeks the aid of Lord Vaughn, Viscount Darlington known for his roguish ways.

Vaughn is in desperate straits and needs the money Perdita is willing to offer for his help. But will this fake engagement lead to an everlasting love between this unlikely pair?

I gave this book 4.25 of 5.0 stars for storyline and character development and a sensual rating of 3.5 of 5.0 flames. The intimacy is sensual but mildly written in this book.

I originally read this title as part of the Hot Winter Nights anthology previously available on Amazon. I re-read it when offered a complimentary digital ARC of it as a standalone title. This in no way affected my opinion of this book which I read and reviewed voluntarily.

How To Marry a Rake in Ten Days by Samantha Holt

Miss Manners knows all there is about etiquette. Unfortunately, she does not know much about love. Challenged by one of her readers to become engaged by Christmas, she sets out to find herself the perfect match. She does not wager on meeting a rakish lord who promises to get in the way of her plans.

Wagering on Christmas by Sandra Sookoo

Rakish Colin Rowley, Viscount Hartsford is going home for Christmas to win a wager. Widowed Lucy Ashbrook, facing reduced circumstances, is forced to travel with him. During the four-day journey, mysterious events throw them together, compelling them to remember their emotional-ridden past. Only the magic of Christmastide can rekindle a love they couldn’t forget. 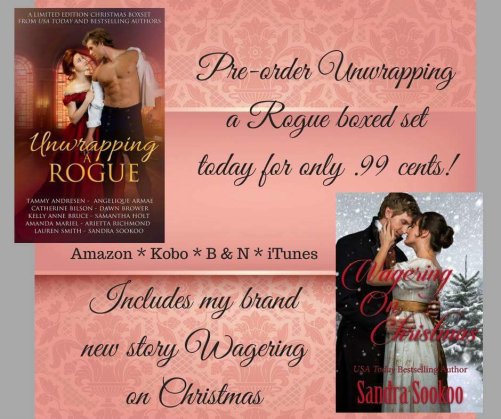 Prince of Christmas Past by Angelique Armae

A second chance at love forces Prince Victor of Countavia to choose between the woman of his heart and his father’s kingdom.

A widowed Marchioness, a Scholar, secrets kept far too long, a surprise inheritance, a love that heals old wounds.

A Marquis For Marianne by Catherine Bilson

Relieved widow Marianne has vowed never to let a man have power over her again, but Alexander Rotherhithe, Marquis of Glenkellie, never stopped loving her despite their tragic shared past. Can Marianne look past her fear and dare to love again?

A Blessing in Disguise by Kelly Anne Bruce

Maryanne Colbert has been ordered to find an appropriate husband. Freddie Kerslake is a childhood friend who is now a duke, making him the perfect husband in her parents’ opinion. But the Duke of Cumbria is now a rake. How will she convince her parents that marrying him will be a mistake?

If you love historical romance, with heat or without, be sure to grab this limited edition boxset to get you in the mood for a perfect Christmas!