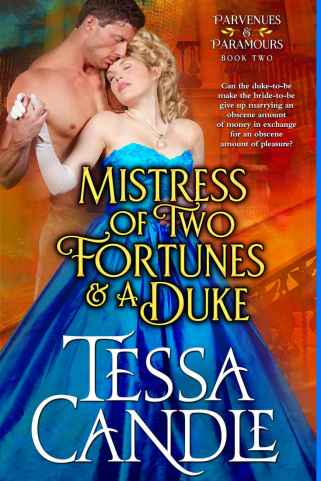 The Duke of Ruin, a sexy, standalone historical romance

The Duke of Ruin 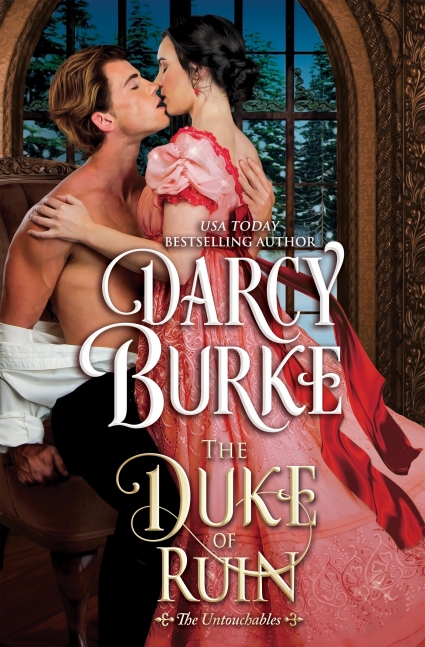 sale Price Only Available at : 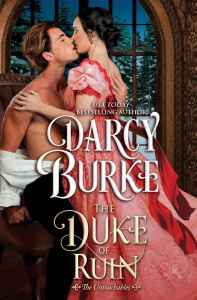 With her betrothal to a duke in tatters and scandal imminent, Diana Kingman has two choices: live in certain ignominy or flee into obscurity. Diana wants solitude. She never wished to wed in the first place. However, her father will stop at nothing to betroth her to one of the finest titles in the realm…no matter how loathsome the bearer. Escape is Diana’s only option, and she’ll pay any price to achieve freedom.

Universally blamed for the death of his wife and unborn child, Simon Hastings doesn’t dispute his guilt over an accident he cannot even remember. He hasn’t had a drink since, nor a moment’s peace. Determined to be a better man, Simon rescues a young woman in need—only to be accused of kidnapping. They must marry to save him from prison. But how can a man haunted by the love he lost and a woman afraid to get too close find happiness together?

With My Reviews of all three Books

in This Boxed Set 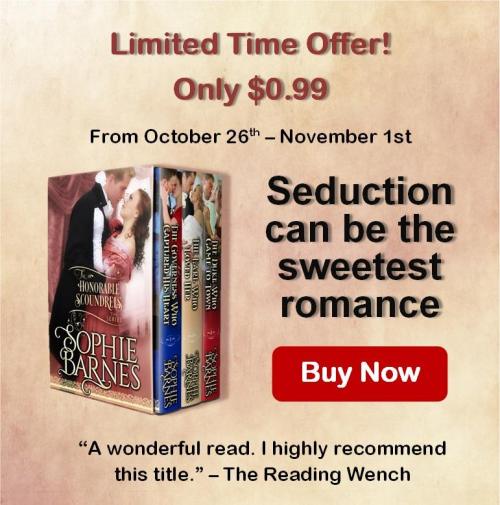 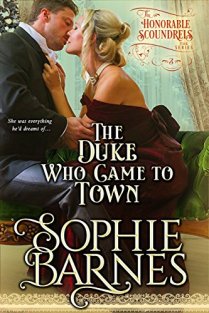 Available For Purchase at:

Please note that this book is a compilation of

The Governess Who Captured His Heart, The Earl Who Loved Her

and The Duke Who Came To Town.

The Governess Who Captured His Heart

When Louise sets out to accompany her new employer’s uncle to the Northern part of England, she expects to share her journey with an older gentleman. Instead, she finds seduction itself in the form of Alistair Clay Hedgewick, heir to the Duke of Langley. Confined to each other’s company for a week, friendship starts to bloom, and the closer they become, the more temptation beckons…

I am reading all three of these novellas and I accidentally read book #2 first.

It is OK to read them out of order though as the first two reveal nothing of the content of each other. They do fit nicely together though they are fine to be read as standalone titles. Assumptions can most definitely lead to surprises!

Louise Potter’s family has a desperate need of funds so when she is offered the position of governess to three young boys she readily accepts. Her new employer also offers her a ride to her new position with the uncle of her new employer. Her employer’s oldest son is eleven after all so the man must be nearly in his dotage.

On his way to meet the lady his brother has arranged for him to marry, Alistair Langley has no desire to share his carriage ride with the governess his niece has hired, but he loves his niece and relents.

The woman must be in her forties and stuffy anyway, so he intends to spend the journey sleeping. Imagine both their surprises to find young, attractive and desirable people rather than their mistaken assumptions.

Can this inopportune beginning lead to a love neither thought to ever find?

I gave this book 4.5 of 5.0 stars for storyline and character development and an sensual rating of 2 of 5 flames. This is a sweet rather than steamy romance.

I received a complimentary digital ARC of this title from the publisher to read. This in no way affected my opinion of this book which I read and reviewed voluntarily.

The Earl Who Loved Her

As the youngest sister, Eve is tasked with making a respectable match. So when she takes a wrong turn on her way to meet her friend and finds herself snowed in at Blackhall Castle with the handsome yet reclusive Earl of Ravenworth, she must decide if following her heart is worth the risk of scandal…

This is an engaging short read. The length of this book was just right. Eve could not have stayed in the company of a stranger longer and not suffered dire consequences.
Eve has set out to visit a long time friend when she looses her way after arriving to find no one waiting her arrival. She sets out on foot in the direction she is sure her friend lives only to end up six miles in the wrong direction and at the home of a reputed scoundrel.
Bryce is a gentleman who was unjustly accused of ruining a young woman. He has since then kept to himself.
Will this chance meeting turn into an everlasting love?
This clean, sweet novella is one for the keeper shelf.
I gave it 4 of 5 stars for storyline and character development and a sensual rating of 1 of 5 flames.
I received a complimentary ARC of this book via NetGalley from the publisher to read.
This in no way affected my opinion of this book which I read and reviewed voluntarily.

The Duke Who Came To Town

Life has been a constant struggle for Louise in recent years. So when an arrogant duke arrives on her doorstep and starts making demands, she is livid. But when he enlists her help in saving his business, she starts to realize that this man is so much more than she ever imagined – the sort of man who can lead her straight into temptation…

This is the third and final book in this series about the Potter sisters and the only one I read in the correct order. I accidentally read books one and two out of order but it did not seem to matter at the time. I am glad that I read this one last though. Although reading it out of order may be a mistake it can stand on it’s own through almost all of the story.

Josephine Potter has been working at the local hotel as an accountant to maintain household expenses and help take care of her two younger sisters. Although working at any position is frowned upon by the gentry, it is imperative that Josephine maintain her position. Devon, the Duke of Snowdon having met Josephine, decides he has never met a more stubborn woman. He must have her, but doing so would ruin the lady and that is not an option.

When the rumors of impropriety spread will he be able to save Josephine’s reputation? Although this short sweet novella does blend with the other two in the series, it is not necessary to read the other two to enjoy most of the story because the connection is not apparent until near the end. The three novellas finally come together to blend near the end of this story.

I gave this story 4.25 of 5.0 stars for storyline and character development and a sensual rating of 1 of 5 flames as this story contains only sweet kisses and no real intimacy.

I received a complimentary digital ARC of this book from the publisher to read via NetGalley. This in no way affected my opinion of this title which I read and reviewed voluntarily.

A heartwarming series filled with laughter and love, these three little treats are the perfect stories for you to enjoy this holiday season.

Buy the set now for the price of a single novella from the series! 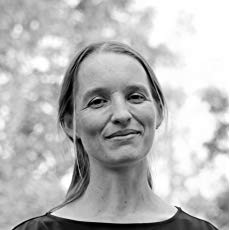 Born in Denmark, Sophie has spent her youth traveling with her parents to wonderful places all around the world. She’s lived in five different countries, on three different continents, and speaks Danish, English, French, Spanish and Romanian.

She has studied design in Paris and New York and has a bachelor’s degree from Parson’s School of design, but most impressive of all – she’s been married to the same man three times, in three different countries and in three different dresses.

While living in Africa, Sophie turned to her lifelong passion – writing.

When she’s not busy, dreaming up her next romance novel, Sophie enjoys spending time with her family, swimming, cooking, gardening, watching romantic comedies and, of course, reading. She currently lives on the East Coast.

Want to stay in touch? Sign up for my newsletter by cutting & pasting the following link into a new tab on your browser: http://eepurl.com/JX68n

Mistress of Two Fortunes and a Duke

Parental neglect and new money have been the making of parvenue heiress and incorrigible do-gooder, Tilly Ravelsham. She is bent on relieving poverty and forwarding the cause of liberty by whatever means necessary. True, she dabbles in the demi-monde. True, she breaks into houses. True, she conducts scandalous enterprises and an affair that could ruin her socially, if her enemy exposes her. But is that all so very wrong?

Despite falling in love with Mr. Rutherford, a delicious man about town, Tilly is bound in a secret pact to the man about to marry her. She didn’t mean to fall for Rutherford, and breaking his heart is making her wretchedly unhappy. Then she realizes that she has crossed a line, that her actions and influence are slowly destroying him.

She knows she should set him free, so that he might be happy with another. But her heart refuses to let go, and Tilly is growing tired of making sacrifices so that others may find happiness when she is miserable.

Reluctant duke-to-be, Mr. Rutherford, has his life turned upside-down by the most fascinating, tempting and shocking woman he has ever met, leaving his heart utterly smitten. But as merely seducing her has proved ineffective, Rutherford must find some other way of convincing her to marry him before she makes it to the altar with her rich-as-a-prince fiancé.

When Rutherford’s love for the adventuress of his dreams gets him stabbed, pistol-whipped, unlawfully confined, and almost framed for a capital offence, will he conclude that there is such a thing as a young lady who is too interesting? Will he turn to the mysterious, beautiful widow his uncle has made him swear to protect?

And will a concealed pregnancy or a murder be the powder keg that blows all of Tilly and Rutherford’s plans and secrets wide open?

“…a witty, humorous and thoroughly delightful romp through Regency times where behind the veneer of respectability, the nobility are anything but proper and straight-laced… a must read for anyone who loves strong female characters, adventure and steamy romance.” –Margaret, Amazon reviewer

Mistress of Two Fortunes and a Duke is a full length Steamy Regency Romance novel and Book 2 in the Parvenues & Paramours series. 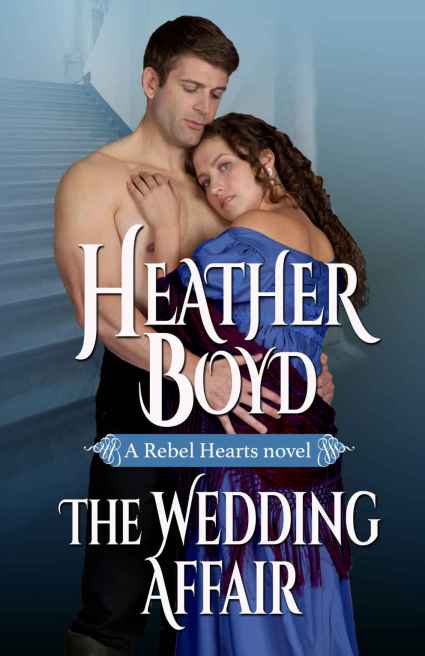 Coming face-to-face with the scoundrel who broke her heart on the eve of her wedding to another man could not be more awkward or ill-timed for Lady Sally Ford. When she accepted London’s most eligible earl, she hoped her heart had healed enough to learn to love him after they tied the knot. Her betrothed has no idea she was once engaged to an ambitious sea captain who betrayed her, and Sally has never forgotten or forgiven Captain Hastings for leaving her behind as he made his fortune at sea.

When Felix answered the urgent summons from his superior, he never expected to face his angry first and only love about to marry an earl or to discover he has the support of her family to get in her way. With no expectation of winning her back, Felix finally has a chance to clear the air about the past. But with every argument and stolen moment, their former passion reignites as if it had never waned. Is there a chance to begin again and forgive each other when they must part any day? 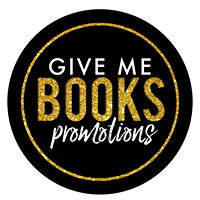