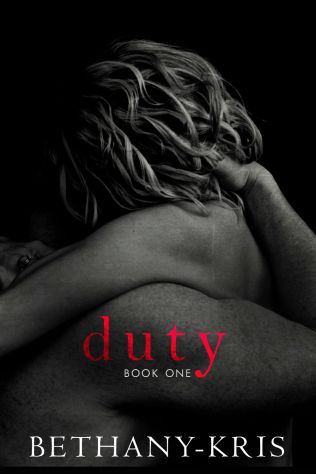 CHECK OUT THESE FREEBIES

John Fitzhugh Wyckerly has been the spare heir all his life, supporting himself with gambling and charm. The news that he’s inherited the bankrupt title of Earl of Danecroft shatters his indolent world. Even penniless, he’s always paid his debts, but now the estate’s creditors are closing in. He can fake his death and run for cover, or accept overwhelming responsibility and find a rich wife, one who will also accept his illegitimate terror of a daughter.

On his way to find an heiress, he meets Abigail Merriweather, who is neither rich nor aristocratic, but she can tame The Terror and stomp cockroaches. Unfortunately, she needs a wealthy, powerful man who will fight her father’s executor and retrieve her four half-siblings. When an unexpected inheritance falls into Abby’s lap, she sets out for London to seek a lawyer.

Can Fitz charm his practical Abby into trusting him to save her siblings when it’s doubtful that he can even save himself? And can Abby surrender reason and logic for the folly of love offered by a man who can have any woman he wants but insists he wants only her?

“Rice is a master storyteller. A wonderful blend of humor, pathos, adventure, and charm, this page-turner is book one in Rice’s promising Rebellious Sons series.” —Shelley Mosley, Booklist 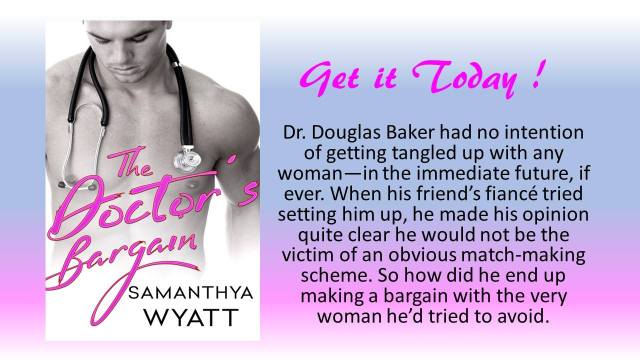 or FREE to Read With

Dr. Douglas Baker had no intention of getting tangled up with any woman in the immediate future, if ever. When his friend’s fiancé tried setting him up, he made his opinion quite clear he would not be the victim of an obvious matchmaking scheme. So how did he end up making a bargain with the very woman he’s tried to avoid?

Sandi Jones’ best friend was determined to fix Sandi’s love life, which did not need fixing. She refused to be set up with a blind date, until she saw the gorgeous doctor. But their instant attraction, and misinterpretations, turned into a battleground. Yet, when the patronizing doctor tendered a shocking proposition, she found herself agreeing.

2016 RWA® Golden Heart® Winner and 2016 & 2015 Maggie Award winning author, Carrie Nichols, is a hardy New Englander transplanted to the Deep South, where she marvels how two inches of snow can bring a city like Atlanta to its knees. She loves to travel, is addicted to British crime dramas and knows a Seinfeld quote appropriate for every occasion.

She has one tolerant husband, two grown sons, and two critical cats. To her dismay, Carrie’s characters—much like her family—often ignore the wisdom and guidance she lovingly offers. She enjoys weaving heart, home and humor into her stories.

When teacher Sasha Honeycutt kisses a handsome cowboy in a bar on a dare, she never expects to see him again. To her surprise, though, he walks through the door of her classroom for a parent-teacher conference. Sheriff Remy Fontenot might be sexy as sin, but Sasha has no interest in falling for another police officer. Rose Creek, Texas is her fresh start after being “that poor widow.” Only, Remy’s precocious daughter has big plans for the two of them…

After their stolen kiss, Remy knows there’s a sexy woman hiding under that school marm charm. When fate—aka his seven-year-old—keeps putting her in his path, he decides to take it as a sign. His daughter needs a mom, and the intriguing, beautiful Sasha is perfect for the role. Not to mention their chemistry is off the charts. Unfortunately, he’s set his sights on the one woman in town who has no interest in falling for another man with a badge.

They say heavy is the head that wears the crown …

Andino Marcello’s world is turned upside down when he becomes the next heir apparent to the Marcello empire. He was comfortable in his place as a Capo, but comfort is for the weak in the world of mafioso. The boss’s seat is waiting. It takes meeting a tattooed beauty who has no idea who Andino is or the criminal legacy he now carries beneath his three-piece suits, and charming smile for him to finally bend the rules set out for him. That doesn’t mean he can keep her.

They say things that never challenge you won’t change you …

Haven Murphy is doing her own thing, and she does it well. The owner of a successful Brooklyn strip club, she makes it her only goal to never fail. She’s just trying to live her life when a morning jog puts her face to face with a man that will change the direction of her life with a single conversation. She knows there’s a dark side to him beyond his good looks, and three-piece suits, but it’s hard for her to care when she wants him. That doesn’t mean he can be hers.

Because duty waits on no one.

Haven glanced back at him at the sudden drop in his tone when he spoke. She realized then that he had been looking at her again while she searched the floor, but she had been too distracted to notice.

“I beg your pardon?”

“Twenty-three stars so far. I missed one behind your ear.”

Her heart stopped for a split second—she swore it did. How was he still keeping track of how many stars she had tattooed on her body? Hell, she had stopped counting four years ago when she got her twentieth.

Subconsciously, she moved to tuck a strand of hair behind her ear, but forgot she had pulled her hair up into a high, messy bun to work the bar. Which explained how he had seen the star behind her ear, considering the last time they met, her hair had been down.

On another man, she might think that cocky look wasn’t her thing. On him, though? It looked divine.

“You could save me the trouble,” Andino said, “and just tell me how many stars there are.”

Haven really shouldn’t be flirting while she worked. It was a rule she had for all the girls that worked the place—it was fine to smile, and whatever else, but lap dances, private rooms, and meets outside the club were strictly forbidden. They weren’t that kind of joint, and she didn’t even want to give the appearance that they were to begin with.

And yet, all she wanted to do in that moment was play with Andino—tease him a little, and give it back to him just as much as he was giving it to her. He made it easy, and fun. God knew it had been a long damn time since a man came around to perk her interest.

Haven always had too much to do.

Valeria was always telling Haven to take a break, or do something fun. To try something new, and get out of her comfort zone. Maybe this was something she could do that with—what would it hurt?

“Where’s the fun in me telling you how many stars are tattooed on my body,” Haven asked, “when you seem quite intent on finding them yourself, Andino?”

The man across the bar flashed his teeth in a wickedly sinful smile, and let out a husky laugh that made her wet between her thighs from the sound alone. It rocked through her body, and touched every single one of her nerves.

The man was several feet away.

A bar separated them.

He wasn’t even touching her!

And he made her wet.

Yeah, this could be fun.

“I mean,” Haven continued, shrugging her dainty shoulders, “your way seems a hell of lot more fun than just telling you. The game ends once you know.”

Andino shoved his hands in his pockets, and rocked back on his heels a bit. He turned his head to the side, giving her a glorious view of his strong jaw, green eyes, and all the hard lines of his face. The man really was beautiful. He looked like he hadn’t shaved in a couple of days what with the dusting of facial hair covering his jaw and cheeks. She bet that scruff would feel some kind of good between her thighs.

She went right to that place fast.

The man had to be at least two-forty or even two-fifty in weight, if not more. And yet, he didn’t look bulky. Fit, strong, and dominating. She hadn’t noticed before, but he had a tiny cleft in his chin, and a dimple in his left cheek when his grin deepened just enough.

Yes, with his suit tailored to fit his large frame, and those looks of his, he was every woman’s walking wet dream come to life. Sex in the flesh, if there was such a thing. Tall, mysterious, handsome, and a whole lot of trouble.

Andino peered at Haven through the corner of his eyes, and she swore she could feel the wheels in his head turning. “So, is that what this is, then? Have you decided?”

She cocked her head to the side a bit. “You’re going to have to be clearer.”

“This,” he said, gesturing between them, “you and me, and whatever this little chase is I seem to be doing with you. You’ve decided it’s a game, then?”

Haven wet her lips, and smiled. “I didn’t know you were chasing me, Andino.”

“Me either … until now. You know, though, so tell me.” He edged closer to the bar, and pressed his hands to the top. Leaning a little over the counter, he came close enough that she could smell the cologne he wore—a strong, distinct musk that made her think leather, smoke, and man all rolled into one. Somehow, Haven had moved to creep a little over the bar, too. Both of them were close enough that all she could see was his handsome features, and the darker green flecks inside the lighter greens of his eyes. “Is it a game you want to play?”

“Is there going to be a winner?”

Andino laughed, nodded, and slapped the bar before pushing away. “You bet your pretty ass, donna. There will most certainly be a winner.”

Bethany-Kris is a Canadian author, lover of much, and mother to four young sons, one cat, and two dogs. A small town in Eastern Canada where she was born and raised is where she has always called home. With her boys under her feet, snuggling cat, barking dogs, and a hubby calling over his shoulder, she is nearly always writing something … when she can find the time.

To keep up-to-date with new releases from Bethany-Kris, sign up to her New Release Newsletter here: http://eepurl.com/bf9lzD

Read for FREE with

I’m used to being in charge.
In the courtroom. In life. In the bedroom.
But then I met him.

He brings me literally to my knees.

Handsome. Charismatic. Sexy as hell.
He’s everything I desperately crave to possess.

I’m burning to get him beneath me just to have a taste.
Turns out, though, one taste isn’t enough.
And he’s starved for me too.

Two alphas fighting for dominance.
He thrives on control and I can’t give it up.

A battle of wills.
The bedroom is the battlefield and our hearts are on the line.

Her other passions besides writing include reading and graphic design. K can always be found in front of her computer chasing her next idea and taking action. She looks forward to the day when she will see one of her titles on the big screen.

Enter to Win a