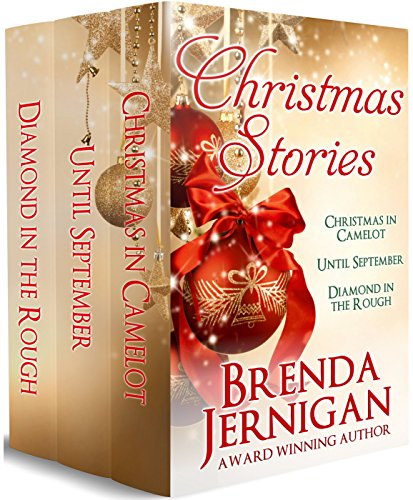 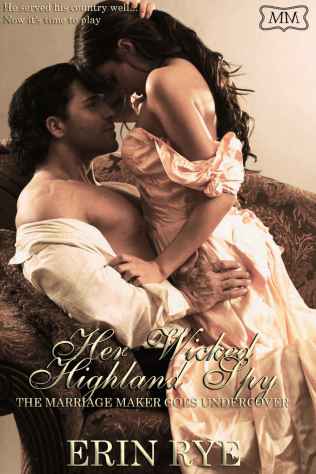 A Collection of Christmas Stories

CHRISTMAS IN CAMELOT
Medieval
The Greatest Gifts . . .
Are Always Unexpected …
Lady Noelle has no intention of marrying just to save her family’s castle. She feels nothing for Sir Gavin, the man who will become her husband on Christmas Day. Then she spies Camelot’s newest knight, the notorious Sir Nicholas the Dragon, a champion as renowned for his prowess in the beds of Camelot’s maidens as for his skill in battle. Noelle’s heart has found the man she longs for, even as her hand is promised to another.
Sir Nicholas’s only loyalty is to his king, whose orders are clear. He is to fend off the enemy besieging Noelle’s castle and bring the lady safely back to Camelot for her wedding day. But spending time with the proud beauty awakens an irresistible hunger in him. Now, as desire does battle with duty, Nicholas has only two choices — to surrender the woman he loves to another man or fight to the end to make her his own.
* * *
UNTIL SEPTEMBER
Western Adventure
She must live for today . . .
The finest doctors in Manhattan have told Claire Holladay she’d be lucky to live until September. Determined to savor every moment, the beautiful young journalist hides her illness and heads for the open skies of Denver, escorted by her uncle’s trusted employee, handsome ex-outlaw Billy West. En route, she survives kidnapping by gunslingers, thanks to Billy’s daring rescue, but soon faces something even more dangerous: love. Billy’s touch makes her yearn to surrender, but the secret she holds can only break both their hearts.
… And dream of tomorrow.
Billy knows Claire is way out of his league the first time he sees her. She’s Beautiful, cultured and way too rich for his blood. But somewhere between New York and Denver, she steals his heart. Somehow, he has to make Claire take a chance on a man with nothing to his name—and show her how love can work miracles that last a lifetime. This will be one special Christmas.
* * *
DIAMOND IN THE ROUGH
Contemporary Humor
Diamond in the Rough was 4 ½ stars. – InD’tale Magazine
“Diamond in the Rough. “A beautiful story of emotional growth, readers will need tissues to finish this page-turner!”
Belinda Wilson

Kathy Taylor’s Aunt Catherine has just died and left Kathy a million dollars, with just one stipulation: she must lose fifty pounds in six months. Her aunt’s lawyer, Devon York, has a dress that Kathy must wear to present the Dubois Charity award at Christmas. If the dress fits, the money is hers. Her sister, Tina, repeatedly tells Kathy there is no way she can lose the weight. When she is told she can’t, she rebels and becomes determined to succeed. Until Christmas, Kathy is to have anything she needs, within reason, and the estate will pay for it. Devon, mesmerized by Kathy, agrees to help her achieve her goal. The one thing he had not planned on was falling for her – hard.

Book # 4 of This Multi-Author Novella Series 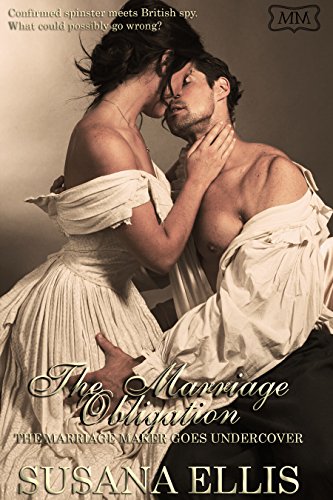 Confirmed spinster meets British spy. What could possibly go wrong?
At eighteen years old, Cornelia Hardcastle discovered an ugly family secret that could ruin her family. There is only one way to ensure the world doesn’t learn the truth: never marry. Now that she’s twenty-four, however, her parents have put their foot down. She must marry.
The second son of a viscount, Preston Warrington is happy to leave the viscount business to his brother so he can travel the world in search of adventure. To his shock, he returns home from his service to the Crown as a spy to find his family has decreed that he marry.
The notorious Marriage Maker suggests these two marriage-averse individuals are perfect for each other. Shock sets in—then they realize the genius of his suggestion. Little do their families know their whirlwind romance is a sham, and their marriage is in name only.

A Scoundrel in the Making 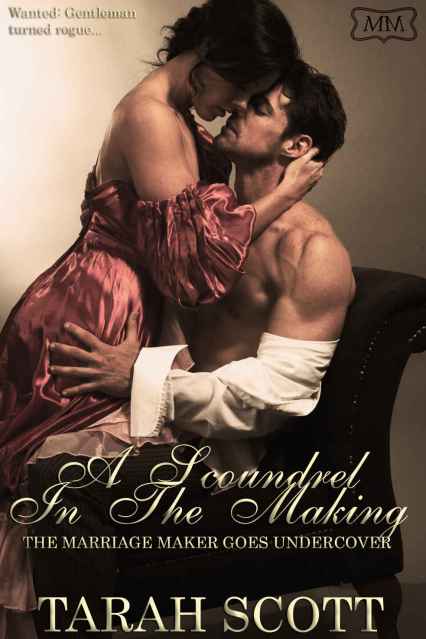 Retired spy Abigail Matheson has inherited the title of Marchioness of Buchman upon the death of her cousin. The title, which her cousin inherited from her father, should never have been hers. But that annoyance is forgotten when The Raven, Abigail’s superior, introduces her to Sir Stirling James. They request her assistance on one final mission: find the stolen crown jewels of Scotland.

Abigail accepts this unexpected opportunity in hopes of forgetting the young French spy she killed on her last assignment. When The Raven and Sir Stirling inform her that she will be working with Lord Reade, a rake of the first order, Abigail, who’s always worked alone, plans to ignore the partnership and complete this mission alone.

Lord Reade, brother to Robert Murdock, the Earl of Kinwall, has been given the opportunity to gamble with men who can afford to lose a lot of money. And a lot of money is exactly what Reade needs if he is to save his family’s ancestral home from creditors and prevent his brother’s family from being forced onto the streets. The catch: he must work with a beautiful spy to find the thief who stole the Honors of Scotland. Surely, he can ignore her long enough to salvage his family’s fortune. The string of suitors determined to be the next Marquess of Buchman prove too much a distraction, however, and Reade is forced to take matters into his own hands. 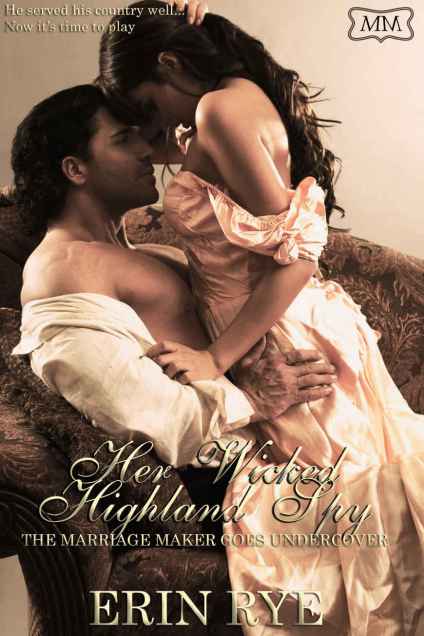 As a spy in His Majesty’s Service, Ethan Brodie possesses an unrivaled ability to charm himself out of any situation, and under many a petticoat. Upon his mentor’s death, he retires from the service and promises to settle down to the business of finding a wife. Having lived his life on the edge of danger, he soon loses interest in dancing and grows bored with the season’s debutantes. After all, with three younger brothers to insure the Clan Brodie line of succession, he feels no pressure to marry and, instead, seeks out the dangers and risks of hot-air balloons.

To help out a friend, Ethan agrees to escort his mentor’s widow and her niece, Rosalyn Beaumont, on a seaside holiday. After all, he owes his life to the man many times over. But the more time he spends with Rosalyn, the more her prying ways capture his attention.

Rosalyn Beaumont’s heart broke the previous season when she caught her fiancé in bed with another woman. The engagement ended then and there, but her desire for justice did not. Instead of jumping back into the marriage mart, she sets herself up as a Lady’s Defense, providing services to the season’s debutantes by spying on their behalf. She prefers to call herself a discreet observer of men’s habits, particularly those relating to manners, hygiene, and, of course, fidelity. She also seeks to answer any personal curiosities a prospective bride might have.

The day comes when she is contracted to observe Ethan Brodie, but as she investigates the man, she finds her professional detachment crumbling as her attraction to him grows. .

My Lady of Danger

In the world of spies, even love is suspect…

Forced into the role of heir by the sudden death of his older brother, Alasdair Lochgeal is robbed of his one passion, serving the Crown. Equally at home in the catacombs of Paris, the portside alleys of Lisbon or on the dark canals of Venice, his family’s wish for him to marry leaves him bereft in the ballrooms of Inverness. What does a man trained in dealing death know of white-gloved misses?

When Sir Stirling James appears with a final mission, simple though it seems, Alasdair can’t pass up the opportunity, little knowing one white-gloved Scottish miss might end his career for good.

In Pursuit of Dragons

In a laboratory behind the walls of a castle, Natalia Zakharova Kinross, Lady of Kinlarig, hides her many secrets. But for how for much longer? For not only is a medical miracle embedded within her skin, a mythological dragon prowls the grounds. And there are men who will stop at little to lay claim to both.

Though Luke Dryden, cryptozoologist, is welcomed back to the castle at the tip of a blade, an old romance ignites. Until a lingering illness acquired in a secret biotechnology facility takes a turn for the worse – all while disaster circles. To help defend a lady and her dragon, he must attempt a risky cure.

As old enemies threaten their future, they will fight back to back in a desperate last stand….

Though USA TODAY bestselling author Anne Renwick holds a Ph.D. in biology and greatly enjoyed tormenting the overburdened undergraduates who were her students, fiction has always been her first love. Today, she writes steampunk romance, placing a new kind of biotech in the hands of mad scientists, proper young ladies and determined villains. Anne brings an unusual perspective to steampunk. A number of years spent locked inside the bowels of a biological research facility left her permanently altered. In her steampunk world, the Victorian fascination with all things anatomical led to a number of alarming biotechnological advances. Ones that the enemies of Britain would dearly love to possess. 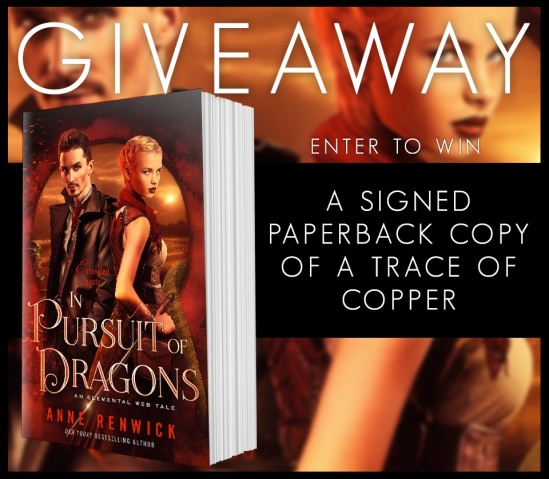 CLICK ON THE ABOVE IMAGE TO GO TO THE GIVEAWAY PAGE AND FILL OUT THE FORM TO ENTER!