Morgan Kelley has left Boston and is settling in Philadelphia…

to a city that harbors her most painful secrets.

Will these secrets destroy Morgan’s new beginning or

will coming clean give her the second chance she’s longing to have?

Find out in Elle Keating’s BACK TO THE START!

Title: Back to the Start 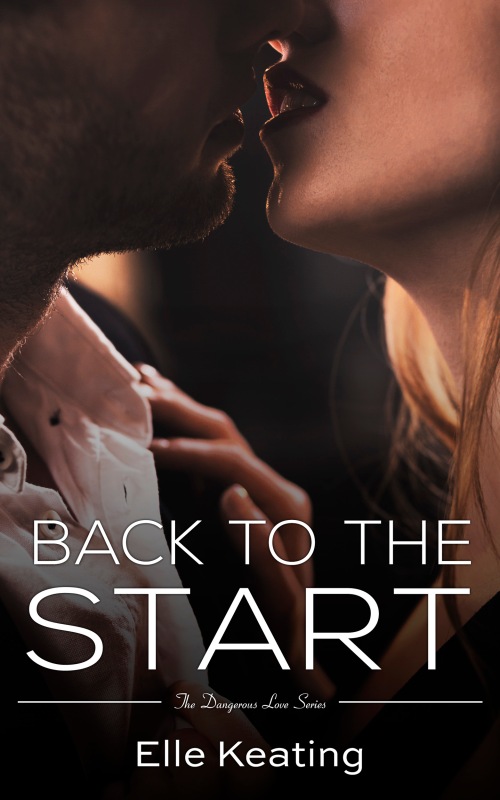 BUY BACK TO THE START:

Jake McGinnis has the life he has dreamed of since childhood: a professional football career with adoring fans, financial security, and the unwavering support of his family. From the outside looking in, he has everything. But nothing could be further from the truth. Because there isn’t a day that goes by that Jake doesn’t think about his first love… and what his world would look like if she was still by his side. When he hears that she is relocating to start a new job less than a mile from him, the pain of their breakup feels fresher than ever. For eight years, he has wondered why their relationship ended and now she’s settling in his city. A city that isn’t big enough for the two of them.

For Morgan Kelley, moving to Philadelphia means living closer to her family and practicing veterinary medicine with two of her closest friends. It’s also her chance to start over and move on from her failed marriage. There’s only one con: the close proximity to Jake McGinnis. Once upon a time being near him was all she wanted, but now he is practically a stranger… and it’s all her fault. Faced with awful memories and the possibility of bumping into him at her favorite coffee shop, Morgan is haunted by the real reason she once broke both of their hearts. Deep down, she knows she won’t be able to embrace this new chapter of her life without finally telling Jake the whole truth.

But how will he react when she shares her secret? Their love story once felt inevitable, unshakable. Is this where it ends for good, or is it the beginning of a second chance

“You said you wanted to be friends.” His tone wasn’t sarcastic or cruel, but gruff and needy. “Now tell me what you need.”

Jake’s words melted her, and she felt the last of her resistance drain from her body. “You,” Morgan whispered. She watched her admission take hold of him. His jaw clenched and his breathing became labored. The intensity of his gaze made her wet with desire and she silently begged him to take what had always been his.

“Be certain, Morgan. Because I won’t be able to stop once I taste you again.”

She bit her lip at the desperation in his voice. He needed assurance and she was more than willing to give it to him. Morgan slipped off her sneakers and socks. Her Eagles hoodie and the white t-shirt beneath were next. His eyes didn’t drift to her breasts but remained on her eyes. The lust she saw there, that restless need, was her undoing. She had just undone the  button on her jeans when Jake closed the distance between them. He took her face in his hands  and smashed his lips against hers. She was struggling for breath when he gave her his.

He tasted exactly like she remembered. But his body, everything from his ripped abs to his muscular torso, had changed. The last time they were together he had been on the cusp of being the man she knew he would become, the man who was claiming her right now. Needing to feel him against her heated skin, she removed his shirt and pressed her taut nipples against his rock-hard chest as he continued to devour her mouth. Unlike their first time, there was nothing gentle about this encounter. He wasn’t concerned that he would hurt her…he just took. And that was exactly what Morgan needed.

Elle Keating is the author of romance novels with sexy heroes and fierce females. Her first book, Thrill of the Chase (Dangerous Love, #1), was published by Forever Romance’s digital imprint, Forever Yours, in 2015. Cut to the Chase (Dangerous Love, #2) soon followed. Most recently, Elle self-published Wanting More (Dangerous Love, #3) and a standalone novel, Keeping His Commandments. An avid reader of gritty, dark romances, her favorite authors include Pepper Winters, Penelope Ward, and Anna Zaires. When she isn’t torturing her heroes and heroines (don’t worry, there’s always a happily ever after), Elle is a public school administrator and enjoys spending time with her husband and 3 children in New Jersey.

one of 3 bundles of the first 3 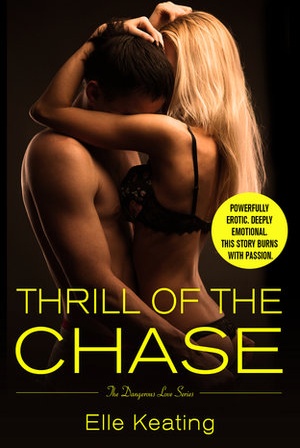 Click onto the book cover image above to fill out the Rafflecopter form to enter!

Check Out This Deal!

We wanted to pass along the awesome news

in her #contemporary romance series,

Carina McGinnis knows Josh Graham is trouble. Being attracted to a man who most likely has a turnstile at the entrance of his bedroom can only end in heartache, something Carina never wants to experience again. If she doesn’t want a repeat of what happened last summer, it’s best Carina keep what’s left of her heart safely out of Josh’s reach.

Josh Graham doesn’t do sweet. He goes for one kind of woman. The kind who never ask for more than he can give. Sex without strings, feelings and emotional baggage is safe. But from the moment Josh meets Carina his number one rule is quickly forgotten, forcing him to face his past and take a leap of faith for that one woman who will always want more.