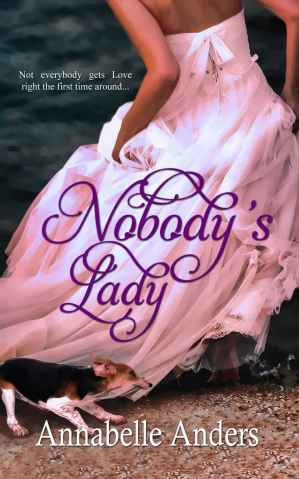 MY NEWLY RELEASED REVIEW of

Dukes don’t need help, or do they?

Michael Redmond, the Duke of Cortland, needs to be in London—most expeditiously—but a band of highway robbers have thwarted his plans. Purse-pinched, coachless, and mired in mud, he stumbles on Lilly Beauchamp, the woman who betrayed him years ago.

Ladies can’t be heroes, or can they?

Michael was her first love, her first lover, but he abandoned her when she needed him most. She’d trusted him, and then he failed to meet with her father as promised. A widowed stepmother now, Lilly loves her country and will do her part for the Good of England—even if that means aiding this hobbled and pathetic duke.

They lost their chance at love, or did they?

A betrothal, a scandal, and a kidnapping stand between them now. Can honor emerge from the ashes of their love?

Supposed betrayal and a manipulating father are behind this second chance romance. The young Lily in this reader’s opinion, although in love with Michael was far from ready to marry anyone. But her father manipulated things so she ended up marrying a cruel man of his choosing.
Now  seven years have passed and her husband is dead. Who would think that she would run into Michael in an inn where he is trying unsuccessfully to convince the inn keeper that he is in fact a duke despite his disreputable appearance. Thank Lily for small favors since she knows he speaks the truth.
In spite of his recent betrothal to a young heiress he feels the same pull towards Lily as before.
Will this second chance at love end well for this pair?

I gave this book 4.5 of 5.0 stars for storyline and characterization and a sensual rating of 3 of 5 flames.
This book is filled with love, mystery, a kidnapping and an intriguing plot.
I received a complimentary digital ARC of this book from the publisher via NetGalley to read and review.
This in no way affected my opinion of this title which I read and reviewed voluntarily.

Mother’s Day is coming up soon and we’re celebrating

Take a look at what’s on sale… 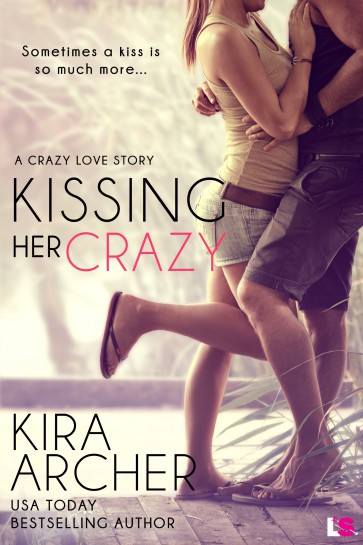 An island vacation at a 5-star resort for her brother’s wedding should have been relaxing. But for single mom Lena Oserkowski, it’s stress-inducing. As long as she stays away from the water, her biggest fear, it’ll be okay, right? Except when her son gets into trouble at the pool, Lena ends up needing her own rescue. To her surprise—and mortification—a gorgeous stranger comes to her aid. Suddenly her trip just got a whole lot more interesting.

Elliot Debusshere is disillusioned with his wealthy playboy lifestyle and wants nothing more than to bring some meaning and purpose to the charity he runs. When he saves a quirky, beautiful woman from a case of heat exhaustion and meets her son, Tyler, he has no idea the answer to his problems might have just fallen in his lap. Literally. But pleasure has a sneaky way of mixing with their business, leaving both dazed and confused. Elliot isn’t father material—except the longer he spends with Lena and Tyler, the more he wants to be. Now he just needs to prove it.

Single mom Daisy Sorensen doesn’t believe in fairytale endings—at least not for her. All she wants is to enjoy a much-needed, stress-free family vacation at a friend’s Lake Tahoe home. So of course everything that can go wrong does. Including a gorgeous man and his daughter showing up in the middle of the night.

Soon-to-be Governor Jack Harrison has had a crazy week, but he’s sure nothing can top arriving to find a bathrobe-clad, beautiful stranger in the home he’s staying in for the week. He’s wrong. When things spiral out of control the next morning, Jack makes Daisy an offer she can’t refuse. She’ll pretend to be his fiancée and he’ll help her open the bakery she’s been dreaming about.

But in between late-night campfires and days on the lake, Jake finds himself falling for the strong, stubborn woman for real. 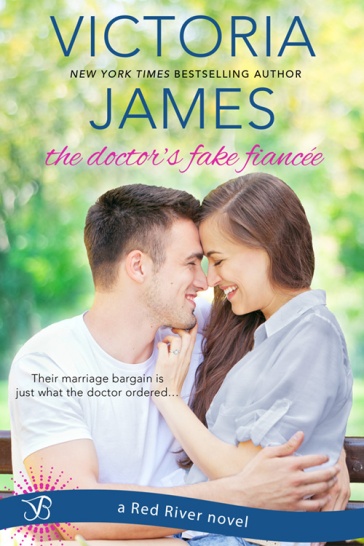 Former surgeon and self-professed life-long bachelor Evan Manning has one thing on his mind—to reclaim the career that a car accident stole from him. But when he’s forced to return to his hometown of Red River, Evan comes face-to-face with the gorgeous woman who’s haunted his dreams for the last year—the woman he rescued from the burning car that injured his hand. Now Evan needs her help. In a month, he’ll have the job opportunity of a lifetime…he just needs a wife to get it.

Artist Grace Matheson is down on her luck again…until she walks into Evan Manning’s office. When her sexy former hero hears that she needs work, he offers her a job and a home—if she’ll pretend she’s his fiancée. Grace knows she shouldn’t fall for him. Once the month is up, Evan will be back to his old life. But the more time they spend together, the more real their feelings become—and the more likely heartbreak is.

Sam Kercher is every inch a wickedly hot Marine. Tall. Sexy. Lethal. When his best friends call in a favor, Sam is forced to face an entirely new line of duty—playing nanny for their newly divorced sister and her squirming seven-month-old twin boys. If Sam can dissemble an M16 in his sleep, diaper duty should be a cakewalk…right?

Unfortunately, Operation Nanny isn’t quite that simple. Sheridan has sworn off overbearing military men, so Sam must protect her from her dirtbag ex without revealing just how much he has in common with her brothers. Or that he’s been ordered not to touch her. Ever. Problem is, Sheri’s one hell of a gorgeous woman, and Sam wants her bad.

Protect the girl. Care for the babies. Hide his identity. And keep his hands off. But even the most disciplined Marine has weaknesses…and Sheridan is one Sam might not be able to resist. 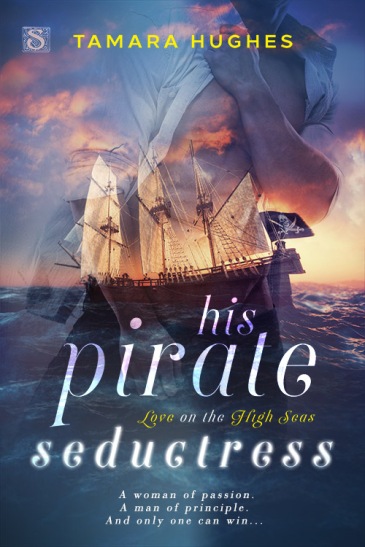 With her son’s life in the balance, Catherine Fry is forced to locate and steal the priceless Ruby Cross of the Knights Templar. She knows who has it–it’s just a matter of coercing Thomas Glanville, the handsome and incredibly stubborn captain of the ship she’s captured, into telling her the exact location. Fortunately, Catherine knows that there are many ways to get a man to talk…

Captain Thomas Glanville has the cross and he’ll be damned if he’s going to hand it over now that he finally has the means to buy a ship of his own. He’s at the mercy of a fiery woman who will stop at nothing to achieve her goal. But Catherine has no idea who she’s dealing with–and Thomas has his own means of charming a woman into his mercy and his bed…

What would you do if your “what if” guy showed up at the lowest point of your life?

(Autumn Cole clocked hers with an encyclopedia.)

After losing her job at a swanky Seattle art gallery and finding out her father has been hospitalized, single mother Autumn Cole reluctantly returns to her tiny hometown of Fairfield, Washington to put the pieces of her life back together.

Her disgruntled twelve-year-old son isn’t thrilled about going from hip to hick, but Autumn’s got it worse. She resumes her role as the daughter of the town drunk, promptly facing a crisis with her father that’s been decades in the making.

Running into Henry Tobler, and nearly breaking his nose, is almost more than she can handle, but can rediscovering love–and herself–with her “what if” guy teach Autumn to forgive before it’s too late?

Single mom Taylor Lawrence just discovered that the hospital sent her home with the wrong infant five years ago. Now the headstrong and handsome biological father wants his child back. But Emily has always been her daughter, and Taylor wont give her up without a fight.

Widower Reece Wallace believed his life was over when a drunk driver killed his wife and daughter. So when he learns of the baby switch, he sees this child as his ultimate salvation. But he never anticipated the fiery woman on the other side of this custody battle or how shed stir feelings in him long dormant.

As the media storm surrounding the hospitals mistake intensifies, Taylor and Reece find theres more to sort out than custody of Emily they must work together to protect her while grappling with their growing attraction. Can they pick up the pieces of two broken families and meld them into something new?

And Now For Two Freebies For Today!

or FREE To Read With

A former SAS officer has it all—except the one woman he wants more than life itself. Fate brings them together, but with someone from his past conspiring to destroy first his business and then his life, he must stop his unknown enemy before his woman becomes a target.

He’s protected her from himself, but now he must keep her safe from an enemy from his past—or die trying.

A street crime brings them together as more than employer and employee, but someone from Alex’s past is out for revenge, and the assault on his business is only the start…trial espionage, and the only woman he wants is the one he can’t have—the office is no place for personal relationships. Even if it were, scarred inside and out by his experiences in the Middle East, he feels he has little to offer outside the shortest of short-term liaisons.

NOTE: This work was previously published. It has been retitled, expanded and re-edited for this release.

The stories in the Regency Sinners, Regency Unlaced, Knight Security, and Alpha Series, have stronger sexual content and language than my other books.

Eight gentlemen known in Society as The Sinners.

Having all returned safely from Waterloo, these gentlemen now find themselves with the more dangerous task of discovering which of the ladies in Society has been acting as a spy for the enemy.

Dangerous to their hearts, that is.

Darius Strong, the Duke of Wolferton, known to his close friends as Wolf, cares little for what Society or anyone else thinks of him, and lives his life accordingly. Given the task of discovering whether Lady Beatrix Hanwell has been using her position in Society to garner information for the enemy puts him in something of a quandary, however. The two of them have met several times in the past, occasions when that lady had not hesitated to show her disapproval of him. Mainly by ignoring his existence. Which is going to make it difficult for Darius to get close enough to her to seduce her into revealing whether or not she is the guilty lady.

Beatrix is puzzled—and more than a little disturbed—when Darius Strong, the exceedingly handsome and scandalous Duke of Wolferton, begins to show her marked attention. As a widow aged seven and twenty, and possessing no great beauty, his interest is mystifying to say the least. Much as she tries to fight her growing attraction to Wolf she is failing miserably, as each meeting between the two of them draws her ever nearer to forgetting all propriety and simply giving in to his seduction.

Except her surrender means revealing the secret she has taken such pains to hide.

Is Beatrix guilty of treason, and if not what will her reaction be to Wolf when she discovers the truth behind his single-minded pursuit of her?

More books to come in this series

This series is now complete

More books to come in this series.

This series is now complete.