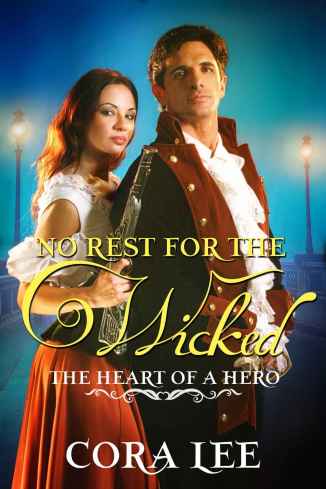 Navy SEAL, Lt. Mitchell Harrison spent the last couple of months recovering from an injury and trying to charm the sexy physical therapist, Ashely Briggs, assigned to his case. While she’s attentive to the healing process, giving him the best care possible, she’s seems to be immune to his devilish good looks and charismatic wit. When he sees her at a buddies wedding, he makes it his mission to make Ashely his and Mitchell Harrison never fails.

Army brat and daughter of a former Green Beret, Ashely Riggs spent a life time dealing with military men. She has the utmost respect for those who serve, one of the reasons she became a physical therapist working strictly with those in the armed forces. However, she never gets too close and she never, ever dates her patients. That is until the sexy Mitchell Harrison with his warm smile, unique teal green eyes, a wicked sense of humor, and is everything she’d ever wanted in a man, shows up at her best friend’s wedding. Unable to resist his advances, she spends one of the best weeks of her life and is ready to take a chance.

That is until a dark secret from Mitch’s past surfaces and not only puts her heart in danger, but her life as well.

Mitch/Marcus is in hiding in the military from his tumultuous past. He is a typical nice guy now but that wasn’t always the case.
Ashley meets Mitch when she is physical therapist. She is drawn to him but her firm rule is not to date patients or military men in general.
The two are thrown together once again months later at a wedding.
Will the mystery of Mitch’s past price to be the end to what could be a budding relationship?
Can he continue to hide from his past or will a spiteful rival cause a disaster of epic proportions?
I gave this suspenseful novella 4.25 of 5.0 stars for storyline and characterization and a sensual rating of 3 of 5 flames.
I received a complimentary copy of this book to read and review via Hidden Gems.
This in no way affected my opinion of this book which I read and reviewed voluntarily.

No Rest for the Wicked 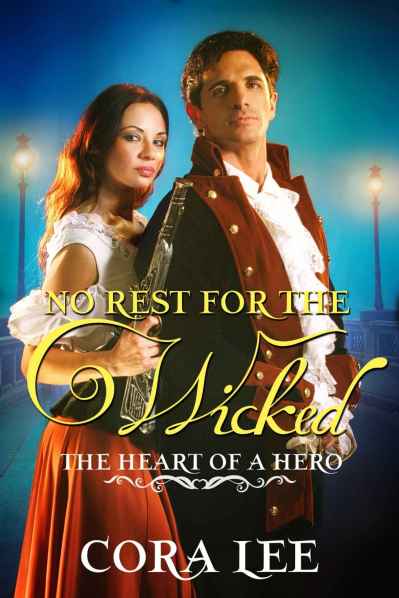 The Heart of a Hero Book 1

Currently FREE In E-Book at:

The Heart of a Hero series prequel novella, plus an excerpt from each novel in the series.

Michael Devlin is a man of great learning but little means, living in one of the poorest sections of Dublin. By day, he practices law at the Four Courts and gives reading lessons to the local children. By night he’s the man in the mask, prowling the streets of The Liberties defending the people—his people—from those who would prey upon them. But when his estranged wife appears on his doorstep with a summons from Sir Arthur Wellesley, both of Michael’s worlds are turned upside down. What will happen to The Liberties if he obeys Sir Arthur’s command to meet in Cork? Can he even trust the woman who married then left him five years ago?

As a spy for Sir Arthur Wellesley, Joanna Pearson Devlin has executed this same mission flawlessly many times before: locate the subject, transport him safely, and present him to her employer. When Sir Arthur sends her out one more time to bring in her estranged husband, Joanna knows this mission will be anything except flawless. But Napoleon’s agents are everywhere, and Michael is an important part of the team Sir Arthur is assembling to stop them. For the sake of her country, Joanna heads to Dublin even as her discomfort grows. Will she be able to put aside her uncertainties and convince her husband to join the fight? Can they learn to work together again if he agrees?

The Duchess and The Highwayman

or FREE To Read With

A duchess disguised as a lady’s maid; a gentleman parading as a highwayman.

She’s on the run from a murderer, he’s in pursuit of one.

Married off at a young age to a brutal nobleman, Phoebe, Lady Cavanaugh, longs for love—and enters into a risky affair. Framed for her husband’s murder, she flees wearing only a blood-stained chemise and is rescued by a handsome ‘highwayman’ who believes she’s Lady Cavanaugh’s maidservant.

Hugh Redding has his own reasons for hunting the man whose mission is to see the infamous and elusive Murdering Duchess hanged for murder. And Phoebe, the ‘maidservant with aspirations above her station’ might prove the very weapon he needs—once he teaches her how to behave like a lady.

Only when Phoebe mysteriously disappears does Hugh realise the real identity of the spirited wench he’d set out to tame—and the danger she’s in.

Burdened by the knowledge of his unwitting role in placing Phoebe in mortal peril, Hugh must now polish his skills as a gentleman, not only to save Phoebe from the gallows, but to win back her heart.

“The plot is fast-paced and the heat level was to my taste. A good read in my opinion.” ~ Amazon reader