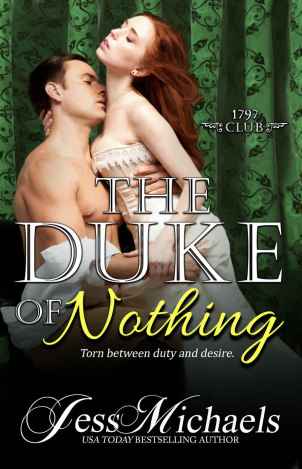 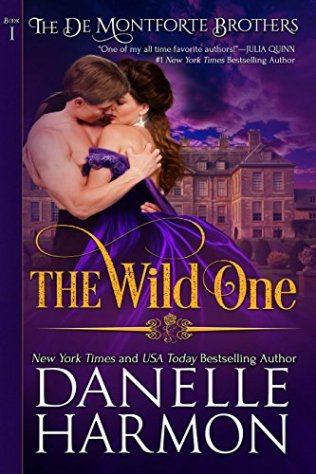 The Duke of Nothing

Baldwin Undercross, Duke of Sheffield, has a secret he’s keeping from almost everyone he knows and loves. He is destitute, thanks to gambling by his late father and his own bad decisions. There is only one option now, marry for money and do it soon. An opportunity presents itself when a rich American woman arrives in Society hunting for a title in trade for a huge dowry.

Helena Monroe is the companion to her entitled cousin and she is miserable. But once she encounters Baldwin on a terrace, her time in England starts to look up. She quickly realizes he believes she is her cousin and everything starts to fall apart.

Baldwin is now torn between a future that will save his family legacy and one with a woman he is growing increasingly attached to. Will he choose safety or passion, obligation or love?

This series just gets better with each new release!

Baldwin has successfully kept his secret from everyone, at least the part he played in their financial straits. His mother knows that her late husband gambled away most of his fortune but doesn’t know of the bad decisions her son made that have made things worse.
Determined to marry a woman with a fortune he seeks out an American heiress. When he meets Helena he is immediately attracted to her and is certain she is the ticket to the resolution of his problems.

When he discovers that she is not the heiress he thought but her penniless cousin he still thinks to woo the young woman who will bring him the needed fortune.
But his heart will not allow it!
Will he follow his heart and marry for love or follow the fortune he needs to set things right?h
This heartwarming new addition to the 1797 Club series is not to be missed.
Although part of a series this book can be read as a stand alone but in this reader’s opinion it is best when read in this the order the books were released.
I gave this book 4.75 of 5.0 stars for storyline and character development and a sensual rating of 4 of 5 flames, although there is a sweet nature to the intimacy in this book there is still enough steaminess to titillate the appetite.
I received a complimentary digital copy of this book from the author/publisher to read and review. This in no way affected my opinion of this book which I read and reviewed voluntarily.

“The bluest of blood, the boldest of hearts; the de Montforte brothers will take your breath away.”

Lord Gareth de Montforte is known as an irresponsible rake with a heart of gold. When he takes a bullet for boldly thwarting a stagecoach robbery, he is stunned to discover that the beautiful young woman he has heroically rescued, Juliet Paige, is his deceased brother’s American fiancée, accompanied by her infant daughter. Despite his brother the duke’s refusal to acknowledge Juliet, Gareth is determined to do right by the courageous woman who crossed an ocean to give her baby her rightful name. But Juliet is wary of marrying this black sheep aristocrat, even while she is hopelessly charmed by the dashing devil. Never has she met anyone who embraces life so thoroughly, who makes her laugh, who loves her so well. And, even when it seems the odds are against them, Juliet has absolute faith that Gareth will go beyond the call of duty, risking his life itself to give her and her daughter a home — and a love that will last a lifetime. 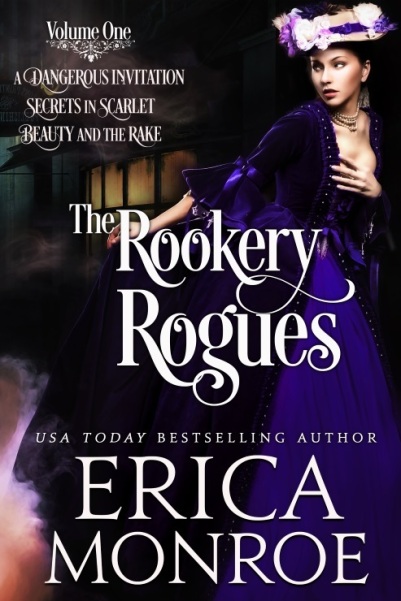 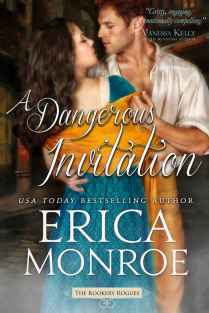 A Dangerous Invitation (Book 1)
Torn from her life of privilege by her father’s death, Kate Morgan is now a fence for stolen goods in the rookeries. The last man she expects to see again is Daniel O’Reilly, who swore to love her but instead fled amidst accusations of murder. One drunken night cost Daniel everything. To win back the life he had, he must prove he’s innocent of murder and convince Kate he’s no longer a scoundrel.

Secrets in Scarlet (Book 2)
Poppy O’Reilly has crafted a new life in the Spitalfields rookery for herself and her young daughter, one that depends on keeping her past hidden. But when the murder of a fellow factory worker brings Sergeant Thaddeus Knight of the Metropolitan Police into her life, the very man who could discover her past is the one she can’t live without.

Beauty and the Rake (Book 3)
Abigail Vautille dreamed of escaping Whitechapel, until a tragic incident left her scarred and penniless. Now to save her family from debtor’s prison, she strikes a bargain with the rogue who owns her father’s debts: for two weeks, she’ll give him her body, but not her heart. But Inspector Michael Strickland sees the beauty inside her, not the beast she believes herself to be.

For further reading, continue on with the Rookery Rogues with STEALING THE ROGUE’S HEART (book 4).