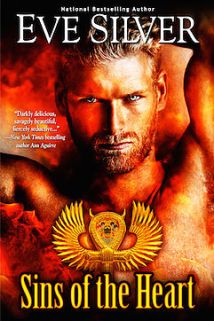 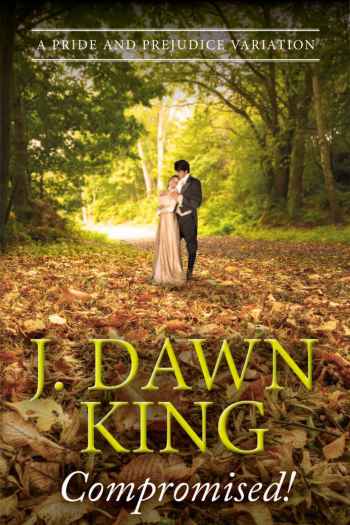 In marriage-minded Regency England, one simple word can ruin your life. Compromise! can bring down a virtuous maiden, like Miss Elizabeth Bennet, and her entire family along with her.

When Elizabeth finds Mr. Fitzwilliam Darcy outside Netherfield, alone and at his most vulnerable, she must make a quick decision to bend the rules of propriety to help him or turn her back on someone in need. Her tender heart reaches out to him and his wounded one grabs hold of her well-intentioned support. Discovery changes the course of their lives as Elizabeth is forced to accept a reluctant proposal of marriage from this man whom she has just barely begun to respect. Can Jane Austen’s most beloved couple reach a compromise that might turn a tenuous friendship into a loving marriage? Will it survive as desperate, unscrupulous, and foolish people alike set compromising machinations into motion for their own greedy ends?

Follow Elizabeth and Darcy in this novel-length Regency romance as J. Dawn King takes them through a sweet variation of Pride and Prejudice where compromises abound and outcomes will surprise you.

By the author of Amazon bestsellers A Father’s Sins and One Love, Two Hearts, Three Stories.

Sins of the Heart 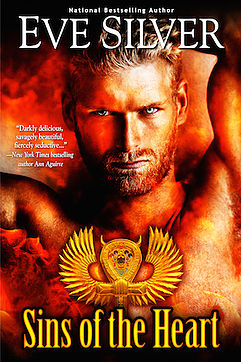 Library Journal raves the Sins Series is “…dark, seductive, and sexy as sin.” For readers who love paranormal romance and urban fantasy.

Dagan Krayl, the Underworld’s most powerful soul reaper, is the demigod son of the evil god Sutekh. He’s on a mission to find his murdered brother’s remains and resurrect him, but resurrection means that the secrets carried into death would be released and, with them, a war that could end gods and mankind alike.

Roxy Tam is searching for the same thing, but for completely different reasons. She means to make certain that the remains don’t fall into Sutekh’s hands, and that the soul reapers do not reanimate their fallen comrade. As a Daughter of Aset, Roxy is tasked with the protection of the human race, and if that means thwarting an all powerful soul reaper and making certain his dead brother stays dead, so be it. But when Roxy sees Dagan face-to-face, she realizes that she has met him once before—a meeting that changed her life forever.

Neither Dagan nor Roxy expects to join forces for the sake of mankind. Or to have their loyalties tested as they struggle against treachery, betrayal and the potent desire that threatens to consume them both.

Praise for Sins of the Heart:

“I love this book.  It is wicked and wild, with a romance so hot you’ll feel it in your bones. Read it, love it, and get swept away.”
—New York Times bestselling author, Marjorie M. Liu

The books in the Sins Series are mature, gritty, dark, sexy and straddle the line between Urban Fantasy and Paranormal Romance. 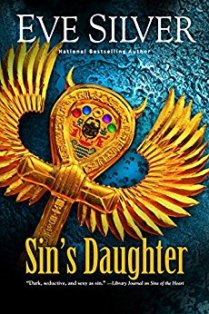 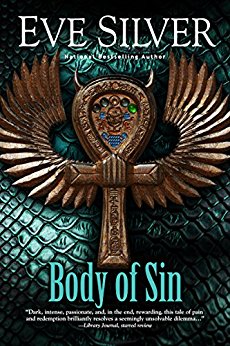 How do you take a chance on love when every other decision you’ve ever made has been the wrong one?

Laney Monroe’s life looks nothing like she’d planned. She certainly hadn’t pictured herself as a twenty-five-year-old single mom with a boring job, a freeloading brother, and an exhibitionist son who worries more than Shaggy and Scooby Doo put together. When her brother finally steps up and applies for a job, Laney never imagines it might lead to an opportunity for her as well – an opportunity at love.

Nate Murphy has always been about family. When you come from an Irish family, it’s hard not to be. But when a family emergency brings him home to North Carolina, Nate is faced with some difficult choices. Can you choose what you want over what your family needs? Then feisty, curvy Laney Monroe walks onto his construction site and Nate decides that she just might make those choices a hell of a lot easier – or maybe this girl will make life more complicated than ever.

The Fix is the first book in the Carolina Connections series from Sylvie Stewart. Each book can be read as a standalone with a big fat HEA. The Spark (Book 2), The Lucky One (Book 3), and The Game (Book 4) are currently available.

This book contains adult language and sexual content not suitable for those under 18.

The reviews are in:

“I totally enjoyed this book…some of the things…had me literally laughing out loud. I look forward to seeing what else Ms. Stewart has written because she definitely has ‘romantic comedy’ down pat!” -LLEP book blog

“The Fix by Sylvie Stewart, is a perfect combination of humor and romance…I would recommend this book to the readers who like reading a funny, steamy, and quick romantic read.” -Mojito with a Twist book blog

This novel is available in both ebook and paperback. This is a full-length modern m/f romance. The characters and story feel real and true to life, yet it is sweet, sexy, hot and full of heart and humor.

If you like romantic comedy, chick lit, funny romance novels, or new adult romance with sex, this book is for you!