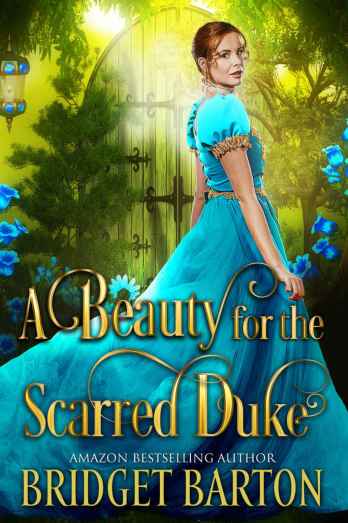 A Beauty for the Scarred Duke 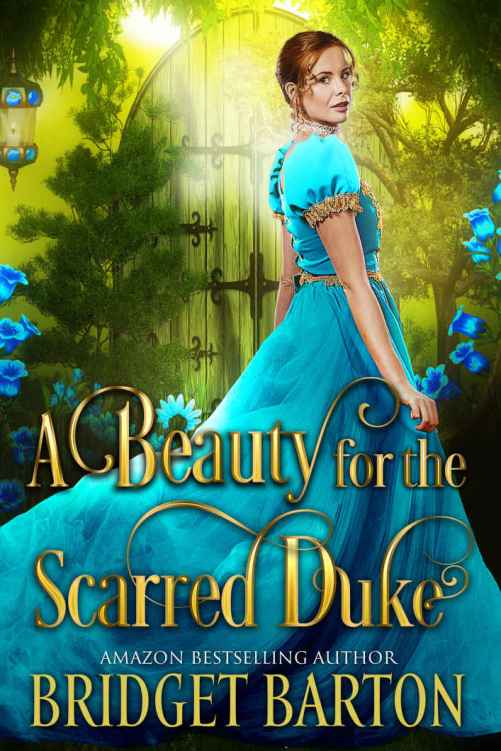 Available For Purchase at:

Introducing the “A Beauty For The Scarred Duke” Novel – Discover NOW The New Regency Romance Book by Bridget Barton!

As young girls, Lady Isabella Tate, daughter of the Earl of Upperton, and her friend, Esme, told each other terrifying tales of the monster. But not just any monster. This monster was alive and living in his old mansion behind a tangle of overgrown hawthorn trees in the very same county. This

The Duke of Caldwell, scarred for life in a fire which claimed the lives of those dearest to him has been hiding in his mansion for almost eighteen years. He knows he is a figure of fear and speculation in the county and chose many years before to live a life of self-imposed isolation. But he is the loneliest Duke in all of England. When the Earl of Upperton sells his daughter off as a bride for the disfigured Duke, Isabella has never been more terrified. Due to marry a man she has never met and always believed to be a monster, she truly believes her life is over.

But is life with the Duke really something to be afraid of? Will Isabella be able to get past her own prejudice and see the man beneath the scars? And will the Duke be able to let go of the pain and guilt that has swallowed him whole for almost two decades and find a new life with a new love?

“A Beauty For The Scarred Duke” is a historical romance novel of approximately 80,000 words. No cheating, no cliffhangers, and a guaranteed happily ever after.

This is a beautifully written book. I found the story poignant and hopeful.
This one is for the keeper shelf!
Isabella Tate has been sold into a marriage contract by her father whom to me was an unscrupulous figure. Elliot Covington became scared while trying to save his mother and sister from a fire that still lead to both of their deaths. He holds himself responsible and due to his scarring has become reclusive.
When Isabella finds out about her father’s plans for her future, she plans to run away. Only her equally despicable younger brother puts a stop to her plans and she ends up married to the man she has thought a monster since childhood.
This amazingly heartwarming story is not to be missed.
I gave it 4.75 of 5.0 stars for storyline and characterization and a sensual rating of 2.5 of 5.0 flames. This story is more sweet than sexy but there are moments when you are sure something of an intimate nature will evolve.
I purchased a free copy of this book from Amazon. These thoughts about this book are solely my own.

Legends of the Soaring Phoenix Book 1

Like a dark angel, Captain Kane O’Brien rescues Hannah Knight and her father from drowning after vampire pirates murder their crew and sink their ship. Struggling to control and hide her telekinetic powers, Hannah discovers the honorable and bold captain possesses his own secrets.
Every full moon, Kane turns into a vampire. Finding out Hannah not to be the cabin boy she resembles, but a beautiful, luscious woman, tempts all his appetites. Desperate to be free of his curse, Kane considers handing Hannah over to a demon. But after Hannah uses her power to save his ship from his immortal enemy, Kane can no longer deny his attraction and vows to protect Hannah with his life.
To find true love, they must combine their powers to defeat evil vampires, thwart Hannah’s misogynist fiancé and escape a crafty demon.

Everybody has a secret.

Some are more dangerous than others.

Get your FREE copy of

My Lady of Deception

For Georgina Wilcox, only child of the notorious traitor known as “The Fox”, there are too many secrets to count. However, after her interference results in great tragedy, she resolves to never help another… until she meets Adam Markham. Lord Adam Markham is captured by The Fox. Imprisoned, Adam loses everything he holds dear. As his days in captivity grow, he finds himself fascinated by the young maid, Georgina, who cares for him. When the carefully crafted lies she’s built between them begin to crumble, Georgina realizes she will do anything to prove her love and loyalty to Adam—even it means at the expense of her own life.