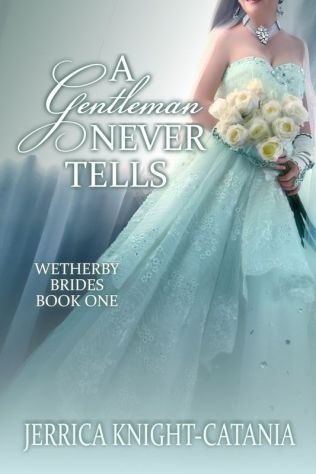 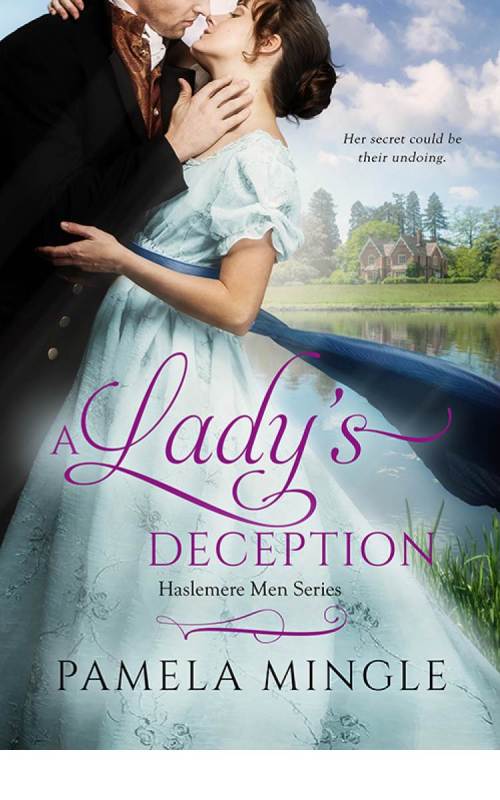 Mr. Hugh Grey and Miss Eleanor Broxton share a scintillating liaison the night before he leaves for war in Canada. The memory sustained him for the years he was away. Now, the reputed rake is back, knighted, and he’s got enough money to right the estate his father left in ruins. What would make Sir Hugh Grey’s world perfect is the lovely Eleanor by his side.

Their attraction is sizzling, and the sweet way Hugh is wooing her—a kitten, kisses in the moonlight, and expert help in lighting her dreary work space—makes Eleanor dream of forever with her strapping knight. But she will not risk a scandal, which could ruin his newfound respectability and esteem, especially in her father’s eyes. When Hugh discovers what she’s been hiding, it could drive them apart forever.

This is my first time reading this author’s work but it probably will not be the last.

This is an age old story of one night of passion and a resulting pregnancy with the father none the wiser.
As happens so often, no one thinks that one night could possibly lead to these results.
Hugh is on his way out of the country and he wants just one thing. That is to connect with Eleanor on his last night. However since Eleanor’s father doesn’t approve of him when he catches sight of that very man giving him an evil look, Hugh decides to just leave. Eleanor isn’t having that and she follows him.
The result nine months later is the birth of their daughter with Hugh on another continent and Eleanor keeping the identity of Lili’s father a secret.
Will Eleanor divulge her secret deception to Hugh when he comes home or will she continue to keep her secret from everyone involved?
Although this is an age old story and one that I guessed the thread of with the reading of chapter one, I still enjoyed the story.
I gave this book 4.0 of 5.0 stars for storyline and character development The sensuality of this story gets 3.5 of 5.0 flames in my opinion.
I received a complimentary digital ARC of this book from the publisher via NetGalley to read.
This in no way affected my opinion of this title which I read and reviewed voluntarily.

What’s the highlight of my day? Usually it’s that first cup of coffee, and if I’m lucky, a beautiful sunrise peeking over the roof of the theater just across the street. I live in the city now, having left the burbs behind a few years ago.

Somehow, with hard work and a little luck, I’ve found a third career. I was a librarian first, then a teacher, and now a writer. The sound of that still makes me smile. In the summer of 2012, my debut novel, Kissing Shakespeare, was published by Delacorte Press. It’s a time-travel romance for teens. In 2013, Kissing Shakespeare won the Colorado Book Award for Young Adult Fiction. My proudest “writing” moment!

In December of 2013, my second novel, The Pursuit of Mary Bennet, was published by William Morrow. It’s a Pride and Prejudice sequel about the socially awkward middle Bennet sister, Mary. If you’re a fan of Jane Austen, or someone who enjoys reading about a young woman coming into her own, I hope you’ll want to read it.

And in June, 2016, my third book, A False Proposal, is releasing from Entangled Publishing. It’s a historical romance, set in the Regency period in England, and this short description pretty well sums it up: A false proposal, a fake engagement–true love?

Nothing has made me happier than hearing from readers who love my books. If you ever wonder about writing or e-mailing an author, don’t hesitate. We love to hear from you.

My husband is the adventurous one in the family. He’s coaxed me away from books–both the reading and writing–to try things and go places I would have never done on my own. Our favorite trips have been walking trips in England, Scotland, and France. We hike from one town to the next, staying at B&Bs, and walking sometimes as many as fifteen miles in one day. (My hubby always lies about the distance. I no longer believe him when he says it’s just a little farther, or it’s only a few more miles. ) Even though I complain, I’m proud of holding my own. Having friends along keeps me laughing and pushes me to finish that last mile.

Best of all, I’ve gotten to visit the places in my books—Hoghton Tower, near Preston in Lancashire, the setting of Kissing Shakespeare. And most of Jane Austen’s haunts. A few years ago, we took a side trip to Surrey, to Haslemere, so I could get a feel for the setting of my newest book, A False Proposal.

Read about my favorite books (and where they have taken) me on my blog.

Check out the blog

To Love a Highland Rogue 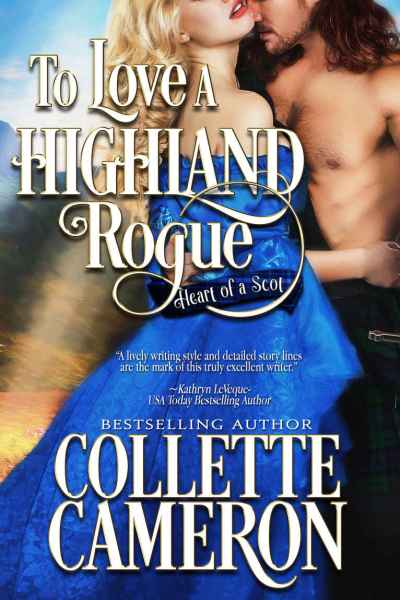 Heart of a Scot Book 1

A Scottish lass determined to end her betrothal.

As an infant, Mayra Findlay’s hand was pledged in marriage. So closely has her virtue been guarded, she’s never been permitted a beau—has never even flirted with a man. However, after a chance encounter with a dashing rogue who sets her pulse and imagination cavorting, Mayra initiates a scheme that’s sure to force her affianced to call off their union.

The laird who must make her his at all cost.

Until Logan Rutherford, Laird of Lockelieth Keep, inherited a near bankrupt estate, he had no intention of wedding the lass he was betrothed to as a wee lad. Now he needs Mayra’s remaining dowry to save his beloved Lockelieth. However, before they exchange vows, he’s determined to know just what type of woman he’s reluctantly taking to wife. So he assumes his cousin’s identity; a decision that soon has him snared in a tangled web of deceit.

Caution: This historical romance contains one rakish fiery-haired Scot accustomed to getting his own way, a lass who’s fed-up with men dictating her life, and stubborn gelding with a superior attitude.

Buy this first installment in the Heart of a Scot series for a gripping, emotional, Highland adventure you won’t want to put down.

CHECK OUT ALL OF THE FREEBIES AT: 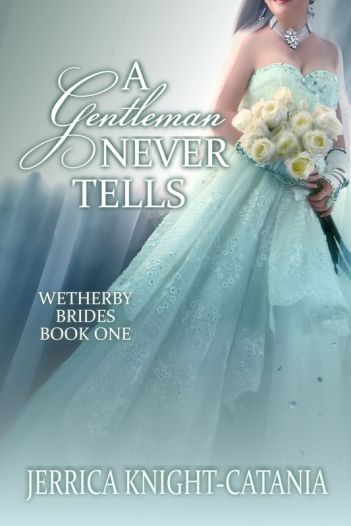 Benjamin Wetherby, Earl of Glastonbury and heir to the Marquisate of Eastleigh, has just received an urgent letter from home. His father is dying and he must return to England at once. Benjamin is a man bound by honor and duty, to both his country and his family. So, despite his reservations, he leaves his life in New York City behind so he may find a wife and assume his role as the Marquess of Eastleigh.

Miss Phoebe Blake is finally out of mourning for her father, and just in time. She and her mother could be days away from being carted off to debtors prison, so Phoebe returns to society with the intent and determination to secure a rich husband.
Sparks fly when Benjamin and Phoebe meet, and it appears they have both found just what they are looking for. But will a dark secret keep them from finding their happily ever after? 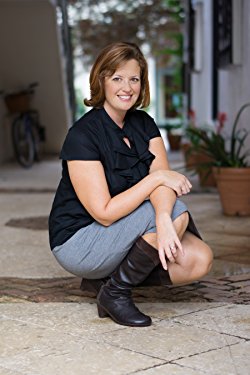 USA Today Best Selling Author, Jerrica Knight-Catania, knew from an early age that she was destined for romance. She would spend hours as a young girl sitting in a chair by an open window, listening to the rain, and dreaming of the day Prince Charming would burst in and declare his undying love for her. But it wasn’t until she was 28-years-old, tired of her life in the theater, that she turned her focus toward writing Regency Romance novels. All her dreaming paid off, and she now gets to relive those romantic scenes she’d dreamt up as a child as she commits them to paper. She lives in sunny Palm Beach with her real life Prince Charming, their Princess-in-training and their aristocat, Dr. Snuggle.

Visit Jerrica’s official website to learn more about her other books, the Wetherby family and to see what’s new in her writing world!
www.jerricasplace.com

I should’ve never agreed to this arrangement…

Thirty days ago, my boss–Mr. Wolf of Wall Street, came to me with an offer I couldn’t refuse: Sign my name on the dotted line and pretend to be his fiancée for one month. If I agreed, he would let me out of my employment contract with a “very generous” severance package.

The rules were pretty simple: No intimate kissing, no actual sex. Just pretend to love each other for the press, even though I’ve secretly wanted to knock that sexy smirk off his face since the first day we met.

I definitely didn’t need to think twice about this. I signed my name and started counting down the seconds to when I would never have to deal with his special brand of ass-holery again.

I only made it to one minute…

We argued the entire four-hour flight to his hometown, failed to make a convincing impression with the welcoming press, and right when I was about to knock that arrogant look off his face in real life? He purposely dropped his bath towel in front of me, distracting me with his nine-inch cock to “show me who the bigger person was” in our relationship. Then he gave me his trademark smirk once again and asked if I wanted to consummate our marriage.

Tragically, this is only day one.
We still have 29 more days to go…

Whitney G. is a twenty-eight-year-old optimist who is obsessed with travel, tea, and great coffee. She’s also a New York Times & USA Today bestselling author of several contemporary novels, and the cofounder of The Indie Tea–an inspirational blog for indie romance authors.

When she’s not chatting with readers on her Facebook Page, you can find her on her website at http://www.whitneygbooks.com or on instagram: @whitneyg.author. (If she’s not in either of those places, she’s probably locked away working on another crazy story.)