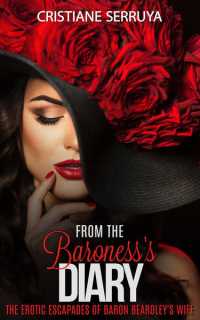 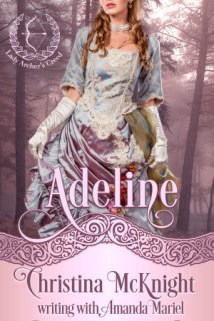 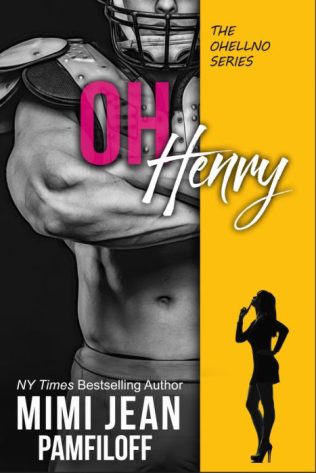 Spinster Amelia accepts a position as a companion to her social-climbing aunt who is planning her next wedding before she is even out of mourning for her second husband. And the man her aunt is stalking is none other than the wealthy widower, the Duke of Caversham.

At a house party attended by both the duke and her aunt, Amelia is horrified at her aunt’s behavior and decides to hide away in their host’s library and gardens for the duration of their visit. On an evening walk through the maze she meets an older gentleman who intrigues and arouses her. She flees without learning his name, only to stumble across that same handsome gentleman in the library days later, where to Amelia’s astonishment, he kisses her. And she kisses him back!

Amelia and the duke are caught in their passionate embrace by her aunt. Embarrassed at her own wanton behavior, Amelia flees the room believing he’s used her to avoid her aunt. After confronting her aunt, the duke does what he believes is the honorable thing and makes plans to marry Amelia.

Only he never asks her.

FROM THE BARONESS’S DIARY

At the tender age of 18, Lady Chloé de La Fleur was married off to 40 year-old Baron Beardley, a wealthy English peer, and taken away from the whirlwind of Paris and London societies to live in a forsaken manor way out of Warwickshire.

Get your FREE copy of

“From the Baroness’s Diary”

Wild and reckless, Lady Georgina Seton has plans for her future. Driven by the pain of past heartbreak, she will do whatever it takes to gain what she wants… and she is determined to control her own destiny. By becoming the best female archer England has ever known she will safeguard her future without the need to marry.

Born the spare, Felton Crauford is hell bent to secure his own future by amassing wealth. The mineral vein he discovered promises to be a boon, but there is one problem…the deposit runs into a neighboring estate. To his fury, the hoyden next door does whatever she can to get in his way. All while presenting a temptation he cannot ignore.

Felton and Georgina are caught up in an unstoppable yearning that threatens to destroy both of their plans. Worse, they are powerless to stop the white-hot desire blazing between them. Georgina must place her wager: Open her heart once more or risk losing everything.

This is book two of the Lady Archers Creed series and like book one it is a novella length story.

Georgina is a Duke’s daughter and the only one of the friends who met and bonded through their attraction to the sport of archery. They met while in school and Georgina is the only one of the young ladies who actually has money at her disposal. That is until her father cuts off her access to funds due to her stepmother.

I liked this short read and finished it quickly.

I gave it 3.75 of 5 stars for storyline and characterization. I would have liked this story to have delved deeper into Georgina’s relationship with Felton. The relationship seems unfounded and why does he call her Lady Bug?

This is a sweet clean historical with no real sensuality.
I received a complimentary digital ARC of this title from the author to read. This in no way affected my opinion of this book which I have voluntarily read and reviewed.

Now available for pre-order at:

WHEN THE BEAST WITH A HEART OF GOLD

Everything changed for Jasper Benedict, the Earl of Ailesbury, the night his family died in a tragic fire–the same fire that left him disfigured. Now, his scars have given him the name the Beast of Faversham. But when he stumbles upon a damaged carriage during a tempest, the beautiful woman inside reminds him of the man he wishes he could be: free of his past, and able to love.

TAMES A BEAUTY WITH A WICKED PAST

When her carriage breaks down outside Faversham Abbey, this is just the most recent in a long series of misadventures for Miss Adeline Price. Her beauty hides a fatal flaw: she’s quick to judge, and rarely looks beneath the surface. But the longer she’s around Jasper, the more she begins to want to be better–someone deserving of him.

But when it comes time to reunite Adeline with her family in London, will Jasper believe that she sees not his scars, but the good, honorable man he is? 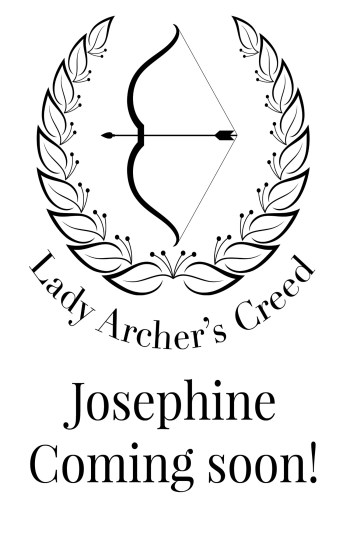 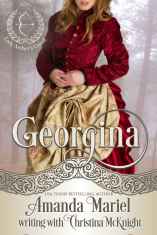 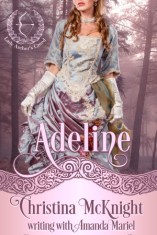 Each Book Except Josephine Available For $2.99 in E-Book Format. No Pre-Order Links for Josephine.

by when life moved at a slower pace. She enjoys taking pen to paper and exploring historical time periods through her imagination and the written word. Some of Amanda’s favorite places in the continental U.S. are Harper’s Ferry, W.V. and Sea Brook, N.H. She loves the history surrounding them and visits every chance she gets. Amanda is also an Amazon All Star author.

She lives along the Lake Huron shore line in northern Michigan with her husband and two kids. Amanda holds a Master of Liberal Arts Degree with a concentration in literature and has a long standing love affair with sugary junk food.

Christina enjoys a quiet life in Northern California with her family, her wine, and lots of coffee. Oh, and her books…don’t forget her books! Most days she can be found writing, reading, or traveling the great state of California.

Join her private FB group for all her latest project updates and teasers! facebook.com/groups/634786203293673

Henry Walton has been called many things throughout his life—fatty, bathtub, tree trunk, moose, walrus, lardo—you name it. But at over six foot five and weighing two hundred and eighty pounds, Henry is now solid muscle and the hottest defensive end in the NFL college draft. This is the moment he’s been waiting for: fame, money, women, and glory. Okay, there’s also a ten-million-dollar contract in it for him.

There’s just one teeny tiny problem: He can’t quite get over being dumped by the coldhearted shrew with thick glasses and a genius IQ he dated for a mere few weeks. Elle.

God, he so hates her and that stupid little squeaky laugh—a laugh that sounds like music to his ears and sweet, sweet victory to his career. Because for those two perfect weeks, his game was perfect. And now that she refuses to talk to him, everything is falling down the crapper.

Call him superstitious, but he’s got to get her back. Even if she’s the last girl he really wants and she hates his guts.

He’s the hot quarterback all the girls want.
She’s the smart girl he loves to pick on.
And now that they’re all grown up, things are about to get geekin’ ugly…

My name is Tass. I’m smart, I’m driven, and I am determined not to let prankster Hunter Johnson continue raining on my parade. When we were little, he’d pull my hair and call me names. When we were teenagers, he’d throw food and tease me for being a flat-chested virgin.

But now that we’ve ended up at the same college, he’s out of his hot head if he thinks he can keep messing with my life. It’s like he’s fixated on me or something. Well, guess what, Mr. Amazefootball? I’m not that geeky little girl anymore and you do not screw with a smart woman.

So what’s my plan?
It’s definitely wild, and he’s about to find out…

Mimi Jean Pamfiloff is a New York Times & USA Today bestselling author of Paranormal and Contemporary Romance. Both traditionally and independently published, Mimi has sold over 800,000 books since publishing her 1st title in 2012, and she plans to spontaneously combust once she hits the one-million mark. Although she obtained her international MBA and worked for over 15 years in the corporate world, she believes that it’s never too late to come out of the romance-closet and follow your dreams.

When not screaming at her works in progress, Mimi spends time with her two pirates in training, her loco-for-the-chili-pepper hubby, and rat terriers, Mini & DJ Princess Snowflake, in Arizona.

She continues to hope that her books will inspire a leather pants comeback (for men) and that she might make you laugh when you need it most.