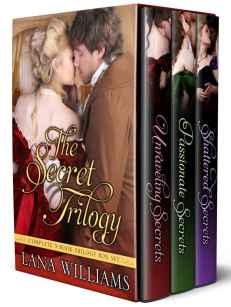 Duelling for a Wife

Lady Celia Hartley has a problem.

She must find a husband soon or risk being ruined forever. Just as she is beginning to give up hope, William Marsden asks her to dance. Young, handsome, and kind, he seems to be the perfect answer to her prayers. But before he can claim her as his own, they must deal with the consequences when the Earl of Scarcliffe discovers the true nature of his sister’s situation…

We have here a well written novella with a story as old as time.
Celia has a problem, but she has no intention of involving anyone else much less William Marsden in her dilemma. The situation was after all not of his making so how could she possibly involve him.

William upon learning the true reason for Celia’s refusal of his courtship almost immediately takes her problem as his own and offers the young woman he has admired the protection of his name.

Will this offer of marriage turn into a colossal misunderstanding?
Will these two find their happily ever after.

I gave this short read 4 of 5 stars for storyline and characterization. My only complaint is that it was maybe a bit too short. There is a mild sensual level of 2.0 of 5.0 flames with only a few heated kisses between our hero and heroine.
I received a copy of this novella via Instafreebie. This in no way affected my opinion of this tale which I read and reviewed voluntarily.

Dougal, the handsome Laird of Aberdeenshire, is a warrior with a rough countenance who has women vying for his affections.
While none of them are more than a passing fancy due to his lack of attraction for them, there is one woman that he has always longed for, Heather, the beautiful Highlands Jewel.

Lady Heather Leith is Maid of the Clan Gunn and betrothed to the successor to the Lairdship of Glenorchy, Malcolm.

But Dougal cannot allow Heather to marry Malcolm and instructs his men to kidnap her as he plans to keep her in his castle’s tower, using her to satisfy primal needs. As Heather desperately plots an escape, she finds herself unexpectedly falling for Dougal, but she also despises him for keeping her a prisoner and yearns to return to her clan.

When Dougal announces his plans to marry her, Heather knows she must try to escape, even if it costs her her life. For she holds a secret that no one can know about, a secret that would ruin her and destroy her clan. And, she would rather die than spend one more minute locked up as Dougal’s prisoner, prisoner to such a cold and unfeeling man.

Three complete novels filled with romance, adventure, and mystery that follow three irresistible lords injured in an electromagnetic experiment that went terribly wrong and the women who help them heal through the power of love.

When her father’s murderer returns from the dead to threaten her family, Abigail Bradford attempts to warn him off, but learns chasing a ghost is no easy task. She turns to the one man who can aid her, Stephen Nolton, Viscount Ashbury. But when Stephen discovers a link to his own past, he must decide if revealing his dark secret will lose his chance for love.

Michael Drury, a handsome viscount, has spent his life avoiding personal connections, but when he decides to help governess Emma find a husband, his scheme ignites an uncontrollable firestorm of passion and intrigue. Michael and Emma must soon decide if they are strong enough to risk their hearts, and possibly their lives, for love.

Lucas, the new Earl of Berkmond, reluctantly offers a marriage of convenience to Moira, his childhood friend, only to realize his passion for her is anything but convenient. Moira discovers Lucas’s cool demeanor hides deep scars but glimpses of the boy she loved give her hope. Lucas’s past resurfaces to threaten all he holds dear, and he must either share his terrible secrets with Moira or risk losing her forever in order to stop the villain who threatens them.

The House on Persimmon Road

Lottie Roberts has been sitting on her bones since the Civil War, waiting for her ticket to heaven until Justine Hale moves into Lottie’s two-hundred-year-old house with three generations of emotional baggage: Her mother, her ex mother-in-law and two pesky children. Lottie senses in Justine a kindred spirit, one filled with heartache and in reduced circumstances, which mirrors Lottie’s situation exactly. Justine needs help. Lottie is of a mind to provide it, but before she can say squat, Tucker Highsmith arrives. His dark eyes, lazy grin, and sexy Alabama drawl coupled with the dern braggart’s Mr. Fix-it talents just might be the answer to all of Justine’s problems. Or maybe not…Because Lottie has her own agenda, one she has been waiting, hoping and praying for since she discovered her bones on a hidden staircase.