A Regency Romance and 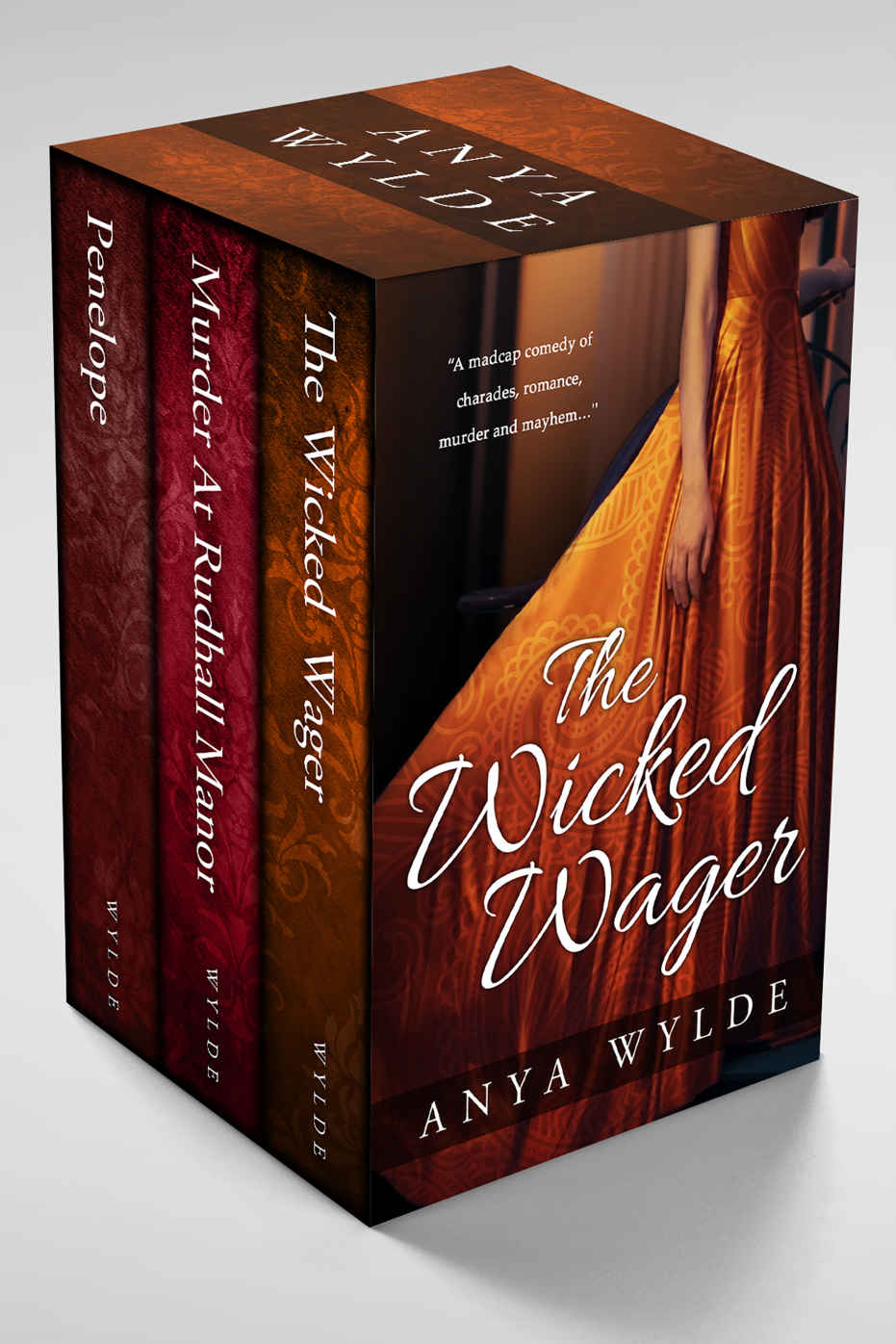 or Read For FREE With KindleUnlimited

Leaving behind the rural charms of Finnshire, Miss Penelope Fairweather arrives in London with hope in her heart and a dream in her eye. The dowager, no less, has invited her for a season in London, where she will attempt to catch a husband.

Thus begins our heroine’s tale as she attempts to tackle the London season with all her rustic finesse. Unfortunately her rustic finesse turns out to be as delicate as a fat bear trying to rip apart a honeycomb infested with buzzing bees.

The infamous rake, Lord Richard Hamilton, has finally chosen his bride—the very appropriate Miss Emma Grey.
The ton approves, Lord Grey is pleased, Lady Grey delighted, and Emma is over the moon, but her uncle, (the blasted) Duke of Arden opposes the match, and Emma is ordered to move to the duke’s estate to think things over.
Richard Hamilton refuses to take things lying down and concocts a plan. A plan that should have brought the lovers together and had them married within a month. It was a simple matter of masquerading as the duke’s gardener, compromising the lady, and then having the duke rush them off to Gretna Green.
Alas, he underestimates the duke’s intelligence and the tangled situation on the estate—never had he imagined that compromising a lady could be so difficult.
His endeavours lead to a comedy of errors, charades, and knotty love affairs. Yet he forges ahead in spite of pesky house guests, a flea bitten mattress, his lovesick best friend, and a blackmailer.
Just when things seem to be going well, someone is murdered (very inconvenient), and he happens to be one of the suspects (extremely inconvenient).
His simple plan for winning the wager suddenly becomes … a tad complicated.

A murder and a theft have been committed at Rudhall Manor. A box of jewels has vanished and Lord Sedley, a lusty old aristocrat, has been stabbed six times in the chest.
It is all very mysterious, and the Sedley family and the servants have decided that Miss Lucy Anne Trotter, a recently employed governess, is to blame for the unfortunate events.
The legendary and wickedly handsome Marquis, Lord William Adair, learns of the matter and decides to uncover the truth.
Lucy, however, has little faith in blue blooded creatures—even if they possess dashing good looks— and, accompanied by two naughty pugs and a moody raven, decides to investigate and unmask the killer herself.
But the hunt for the killer turns out to be far more complicated than she anticipates—what with snooty servants, warts in odd places, mixed up love affairs, agitated chickens and dreadful disguises ruining her plans.
Soon she begins to wonder if, for once, she is in over her head….

The Spies of Mayfair Series Book 1

Currently $0.99 in Digital Format at Amazon

London, 1816. A handsome baron. A faux betrothal. And Horatia’s plan to join the London literary set takes a dangerous turn.

Baron Guy Fortescue arrives in England to claim his inheritance, abandoned over thirty years ago when his father fled to France after killing a man in a duel. He is set upon by footpads in London, and on his way to his country estate, robbers attack him again. Guy escapes only to knock himself out on a tree branch.

Aspiring poet, Horatia Cavendish has taken to riding her father’s stallion, “The General,” around the countryside of Digswell dressed as a groom. When she discovers Guy lying unconscious on the road, the two are forced to take shelter for the night in a hunting lodge.

Someone wants Guy dead. Is it his relative, Eustace Fennimore? He has been ensconced in Rosecroft Hall during the family’s exile and will become the heir should Guy die. Guy proposes a faux betrothal to give him more time to discover the truth.

Horatia is determined to keep alive her handsome fiance, who has proven more than willing to play the part of her lover even as he resists her attempts to save him.

Alicia Kinsey is the only child of an antiquities-collecting baron living in trendy London. She tends her live-in aunt and dreams of making a love match. But while her father plots to marry her off to a social-climbing wretch, a masked gentleman emerges from the shadows to steal a kiss… and her heart.

Ian Morrissey, an ex-government spy, is stuck in London against his will as a favor for a friend. All he wants is to return to his country home and live a low-profile life of bachelor solitude. Instead he finds himself on the hunt for a thief… and in bed with the thief’s daughter!