The Idea of You

With her fortieth birthday approaching, Lucy Carpenter dares to hope that she finally has it all: a wonderful new husband, Jonah, a successful career and the chance of a precious baby of her own. Life couldn’t be more perfect.

But the reality of becoming parents proves much harder than Lucy and Jonah imagined. Jonah’s love and support is unquestioning, but as Lucy struggles with work and her own failing dreams, the strain on their marriage increases. Suddenly it feels like Lucy is close to losing everything…

Heart-wrenching and poignant, this latest work by bestselling author Amanda Prowse asks the question: what does it mean to be a mother in today’s hectic world? And what if it’s asking too much to want it all?

This poignant, heart wrenching tale kept me in stitches always hoping for the best for the heroine. I know only from the experience of friends and family the joy of a child’s arrival and the sorrow of loss when this much anticipated life ends too early.

This story is so well written with characters that you both love and hate. You can not help but feel the drastic loss each time it happens and the anticipation that just maybe this time will be different

I gave this book 4.25 of 5 stars for storyline and characterization. This is not my usual type of read but it kept me totally engrossed in this often sad story.

Be prepared … This one will not leave you untouched!

I was invited to read and received a complimentary digital copy of this book from the publisher via NetGalley. This in no way affected my opinion of this title which I have voluntarily reviewed.

in dozens of languages. Her recent chart topping No.1 titles ‘What Have I Done?’, ‘Perfect Daughter’ and ‘My Husband’s Wife’ have sold millions of copies around the world.

Other novels by Amanda Prowse include ‘A Mother’s Story’ which won the coveted Sainsbury’s eBook of the year Award and ‘Perfect Daughter’ that was selected as a World Book Night title in 2016. Amanda’s latest book ‘The Food of Love’ went straight to No.1 in Literary Fiction when it was launched in the USA and she has been described by the Daily Mail as ‘The Queen of Drama’ for her ability to make the reader feel as if they were actually in the story.

Now published by Lake Union, Amanda Prowse is the most prolific writer of contemporary fiction in the UK today; her titles also score the highest online review approval ratings for several genres.

A popular TV and radio personality, Amanda Prowse is a regular panellist on the Channel 5 show ‘The Wright Stuff’ and numerous daytime ITV programmes. She makes countless guest appearances on BBC and independent Radio stations where she is well known for her insightful observations of human nature and her infectious observational humour.

Amanda’s ambition is to create stories that keep people from turning the bedside lamp off at night, great characters that ensure you take every step with them and tales that fill your head so you can’t possibly read another book until the memory fades…

‘A powerful and emotional work of fiction’ – Piers Morgan
‘Deeply moving and emotional, Amanda Prowse handles her explosive subjects with delicate skill’ – Daily Mail
‘Uplifting and positive, but you will still need a box of tissues’ – Hello!
‘A gut-wrenching and absolutely brilliant read’ – The Irish Sun
‘You’ll fall in love with this…’ – Cosmopolitan
‘Deeply moving and eye opening. Powerful and emotional drama that packs a real punch.’ – Heat
‘Magical’ – Now magazine

In bustling Victorian London, a desperate woman turns to the last man who would ever want to come to her aid…

Years ago, when Helena Martin escaped to London with a dashing captain, she had no idea she was endangering her entire village. Little did she know, the arranged match she fled was the little town’s last chance at prosperity. Now, with her beloved grandmother’s health failing, Helena must face the damage she wrought. And she must do it with an unlikely escort: her jilted fiance’s brother.

Daniel Lanfield is undoubtedly attracted to Helena—and furious with her. Though it was unintentional, her thoughtlessness has caused great misery to their village. Yet Daniel is uniquely positioned to help her return home, and strangely compelled to keep her close along the way. For no matter what their pasts, the desire between them now is ever-present… 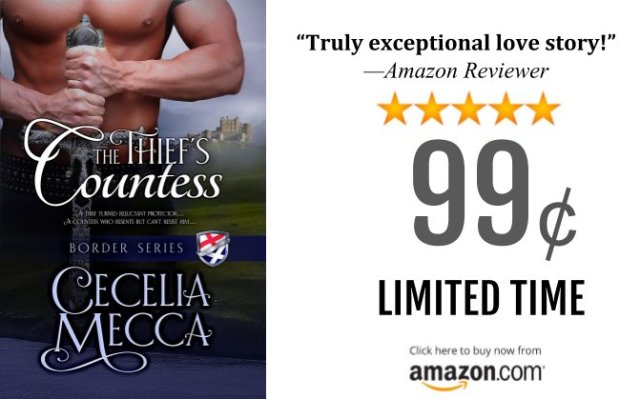 THE REIVER
Sir Geoffrey has dedicated his life to exacting revenge on the men who killed his parents and stole his birthright. The son of a baron, he has been reduced to stealing the resources he needs to reclaim his family legacy. Just when he’s on the verge of success, his uncle asks him to put his plans on hold to help protect a wealthy countess. It’s a distraction Geoffrey resents, even more so when he meets Lady Sara. The gorgeous, complicated and alluring lady is everything he’d want in a woman—and everything he can’t have.

THE COUNTESS
With her betrothed coming to claim her hand in marriage and a distant cousin intent on usurping her earldom, Lady Sara Caiser feels beset by controlling, unwanted men. As if that weren’t enough, her father’s deathbed request was for two lawless border reivers to serve as her protectors. Despite her misgivings, an undeniable attraction pulls her into Sir Geoffrey’s arms. The man she thought nothing more than a thief is more dangerous than she believed, for he’s noble, caring and sinfully attractive. As the threats against her continue to mount, Sara must decide what’s more important—her duty or her heart.

The Thief’s Countess, set in 13th century Northumbria, is the first book in a historical romance series.

If you like strong female heroines, alpha male types, and sizzling romance, you’ll love the first full-length installment of the Border Series.

Transport yourself to the medieval world of The Thief’s Countess today!

This is a well written first full length romance debut by Cecelia Mecca.
I read the prequel novella but failed to enjoy it with nearly the intensity of this full length book.
Our heroine is on the verge of an arranged marriage to save herself and her recently deceased father’s holdings.

Our hero is a displaced nobleman, turned reiver due to his dire circumstances.
Sara takes an instant dislike to Geoffrey.
Will her feelings change? If she does will it lead to an uncommon love between these heretofore strangers?

In this, the debut full length novel by Cecilia Mecca we find a young countess who has been betrothed by the king to a man who is unknown to her.
This is a well written book situated in medieval Scotland along the borders and is so much more enjoyable than the prequel novella.

Sara is a young countess who strives to do her King’s bidding by marrying a man she has never met instead of the man sent to assure her safety.

Geoffrey is the man sent to keep her safe and in spite of their almost instant dislike for each other or maybe because it that enmity turns to passion and finally to love.

I enjoyed this book with it’s surprising outcome.

I gave this book 4.25 of 5 stars for storyline and character development and a sensual rating of 3.75 of 5 flames.

I received a complimentary digital ARC of this title to read. I have voluntarily left this review.

AN INNOCENT WOMAN DETERMINED TO WIN THE ELUSIVE MAN SHE WANTS.

In her grimy, coal stained world, Olive Thompson knows one thing for certain – Mr. Edwards is the one she wants. When she’s with him, every part of her feels alive. And when he looks at her, a forbidden world glows in his gaze. She wants what he threatens, what he promises…no matter the price.

A PASSIONATE MAN DESPERATE TO SAVE AN ANGEL FROM HIS DARK DESIRES.

Intuitively a man knows when a woman can unravel him, regardless of what he tells himself. Jamie Edwards, master of the sensual and elite art of shibari rope, has always kept Olive Thompson at a distance. For two years, he’s endured constant vigilance, denial, and endless hunger … until today. Today he will steal a taste, something to remember after he walks away forever. Because who he is and what he wants are not for someone so pure. She thinks she wants him… she has no idea.

AFTER THE DARKEST NIGHT, THE SUN ALWAYS RISES – WHETHER YOU’RE READY FOR THE LIGHT OR NOT.

“The second book in Holland’s Velvet Basement series features two strong characters whose unconventional and passionate courtship will keep readers turning pages. Her incorporation of Shibari provides a unique, refreshing look at Victorian England and its interpretation of foreign cultures. This is no typical romance–readers should expect scenes involving BDSM–and Holland continues to surprise and delight.”~ RTBookReviews 4 STARS SCORCHER

NOTE FROM THE AUTHOR:

For me Olive and Jamie’s story, encourages us to have the courage to be and express our passions in life, no matter how unlikely. I wanted to show the beauty of rope and its cultural connection to the sacred through Japanese culture. It expressed to me, a symbol of how we bind those we love to us, how we may be bound by invisible ropes, and that sometimes the most simple and innocent of touches can be the most devastating. I hope you enjoy it. Elsa

**All the books in The Velvet Basement Series are stand alone

and can be read in any order.** 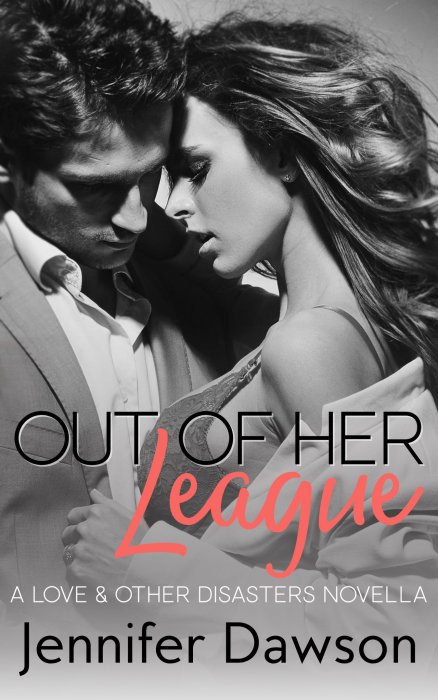 OUT OF HER LEAGUE

Love and Other Diasters # 2 Contemporary Romance

Look, I get it, I’m not asking for miracles. I might be a closeted hopeless romantic, but I’m also a realist.  I don’t need fireworks. I’m not asking for magic. Of course, my date won’t be Prince Charming. All I’m asking for is a pleasant night out on the worst single day of the year.  That’s not exactly shooting for the stars, now is it?

Because not only am I stuck with the date from hell, but the fates don’t think I’ve suffered enough, so why not seat me next to my secret crush.  Trauma surgeon, Xavier Knight, is the most gorgeous man alive, and completely out of my league. An unobtainable, impossible dream that makes my heart pound whenever he gets close. Fantastic. Now he’ll bear witness to my humiliation.

Ah, life, you really know how to kick a girl when she’s down.

HAVE A HAPPY EASTER WEEKEND!!! 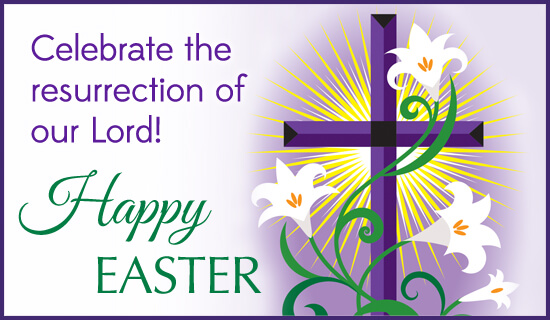 One thought on “Free For All Friday Bargains, Freebies & Reviews”