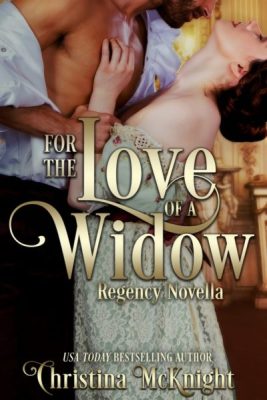 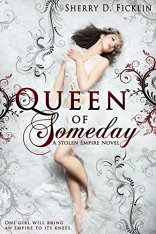 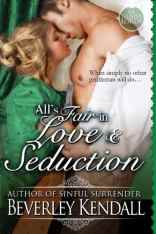 For the Love of a Widow

Available Only in Paperback  For $7.99

A WIDOW SCARRED BY LOVE AND LOSS…

After years spent following her husband as he fought against Napoleon’s troops, Lady Lettie Hughes returns to London a widow to take her rightful place among the ton as the daughter of an earl. Her parents and friends expect her to enter the marriage market and secure the match she should have pursued in her debut Season. But Lettie is not the same innocent girl she was before Waterloo. Nightmares of the battlefield plague her, and she doesn’t see a place for herself in society anymore.

A LORD DETERMINED TO SAVE THE WOMAN HE LOVES.

Daniel Greaves, the Duke of Linwood, is a man who knows rejection and loss. He’s lived the last six years alone after the woman he was betrothed to cast him aside for another man. Instead of taking control of his title and lands, Daniel fell into a life a debauchery–gaming, women, and spirits. But now the woman who stole his future and left him hollow is back in London.
When Lettie and Daniel are reunited, their connection burns as bright as it once did. But neither of them are the same people they were in their youth–they must trust one another to heal the wounds of their past to find a love that lasts forever.

This is a well thought out story of young love lost due to tragic circumstances and a chance at a second go-round.
Daniel Greaves, the Duke of Linwood was a young man who had inherited a title through the loss of his father. Instead of taking hold of the holdings he acts out his grief by turning to debauchery.
His betrothed could take no more of this and turned to another man and severed their betrothal. After six years of following her soldier husband around and his consequent death, Lettie has returned home broken and living with the nightmares of battle.
Will these two be able to reconcile their past and come together for a second chance at love?
This novella is well developed with characters that are believable if a bit tragic. I enjoyed the read although it at times brought me to tears.
I gave this book 4.25 of 5 stars for storyline and character development and a sensual rating of 2.5 of 5 flames.
I received a complimentary digital copy of this title from the publisher to read. This in no way affected my opinion of this title and I have reviewed it voluntarily.

You and No Other

Currently $0.99 in Digital Format at:

Add Audible Narration to your Kindle book Purchase For $1.99

Thomas Mardouet, seigneur de St. Briac, is a man with a perfect life – bold, witty, and splendid to behold, he is the King of France’s trusted knight.
But the day that captivating Aimée de Fleurance appears in the woods to interrupt a hunt, St. Briac’s life is turned on end. When she takes her sister’s place and joins the royal court to avoid an arranged marriage, St. Briac is drawn unwillingly into her impetuous scheme.

To save Aimée from the king’s bed, St. Briac shocks them both by declaring that they are betrothed. After all, marriage is the last thing he wants, especially to this infuriating maiden…

Journey back to the magical world of 16th century France and join Aimée and St. Briac for an adventure filled with enchantment, laughter, and sensuous passion!

This February, 2017 edition of YOU & NO OTHER was published to coordinate with the new Audiobook, narrated by Tim Campbell. The entire book has been refreshed and a brand-new scene was added near the end. Enjoy!

“YOU & NO OTHER positively sparkles with historical details, real-life characters, and an utterly unforgettable hero!”~ PAST ROMANCE Historical Romance Blog

Novels of the St. Briac Family:
YOU & NO OTHER (Thomas & Aimée)
OF ONE HEART (Andrew & Micheline)
THE SECRET OF LOVE (Gabriel & Isabella)
~ coming in August, 2017: HIS MAKE-BELIEVE BRIDE (Justin & Mouette)

Not Quite A Duke

Currently $0.99 in Digital Format at:

A Rake With A Broken Heart:

Deadly with a rapier and one of the most notorious rakes London has ever known, Lord Charles,

twin brother of the Duke of Hunt, is hiding a dark secret. Wine, women, and song can’t drown his pain but when he wins Barrow House in a night of gambling, he finds that he’s also won an entanglement with the owner’s niece, Lady Patience. Prickly, forthright, and clad in black from head to toe, she’s the opposite of every thing he’s ever desired in a woman and yet, Lord Charles is inexplicably drawn to her. When he discovers she has a secret just as serious and scandalous as his own, he knows marriage into his powerful family is the only thing that can rescue her. But can a rake take a chance at marriage and risk losing his heart?

A Lady in Disguise:

Lady Patience has no wish to be rescued but nor is she willing to give up her double life as the extremely successful author P. Auden. When her secret identity is exposed, she has no one to turn to but the rake who won her family house in a card game. But Lord Charles is all that she dislikes in a man. A womanizer and a gambler, she should abhor him. Only Lord Charles is not as simple as he seems. With each day she discovers the hidden depths and pain under his witty and cold exterior. And as she finds that underneath he is a good man nearly destroyed by a terrible secret, she cannot help but lose her heart to the rake who has sacrificed everything for his family’s happiness. Can she save him from his past just as he has saved her? Or will the past claim them both and ruin their chance at love?

Add Audible Narration to your Kindle Book Purchase for $1.99

Before she can become the greatest empress in history, fifteen-year-old Sophie will have to survive her social-climbing mother’s quest to put her on the throne of Russia — at any cost.

Imperial Court holds dangers like nothing Sophie has ever faced before. In the heart of St. Petersburg, surviving means navigating the political, romantic, and religious demands of the bitter Empress Elizabeth a…

Before she can become the greatest empress in history, fifteen-year-old Sophie will have to survive her social-climbing mother’s quest to put her on the throne of Russia — at any cost.

Imperial Court holds dangers like nothing Sophie has ever faced before. In the heart of St. Petersburg, surviving means navigating the political, romantic, and religious demands of the bitter Empress Elizabeth and her handsome, but sadistic nephew, Peter. Determined to save her impoverished family — and herself — Sophie vows to do whatever is necessary to thrive in her new surroundings. But an attempt on her life and an unexpected attraction threatens to derail her plans.

Alone in a new and dangerous world, learning who to trust and who to charm may mean the difference between becoming queen and being sent home in shame to marry her lecherous uncle. With traitors and murderers lurking around every corner, her very life hangs in the balance. Betrothed to one man but falling in love with another, Sophie will need to decide how much she’s willing to sacrifice in order to become the empress she is destined to be.

In a battle for the soul of a nation, will love or destiny reign supreme?

She hopes to gain his affections 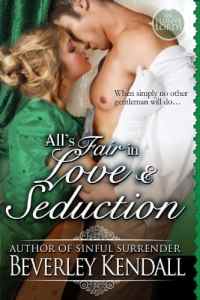 For Miss Elizabeth Smith, sharing her first kiss with the charming Lord Derek Creswell is nothing short of a dream come true…that is, until she is spotted by one of the most influential gossips of the ton. With scandal nipping at her heels, to avoid total social ruin, Elizabeth must present a fiancé by the end of the Season. But when the viscount proves reluctant, Elizabeth is forced to employ a seduction of a different sort…

He is determined to ruin her

Viscount Derek Creswell believes Elizabeth set out to trap him into marriage. After all, her sister attempted the very same thing with his brother six years before. Now the delectable Miss Smith expects a betrothal and a ring, while Derek finds her ruination infinitely more appealing…

But as Derek sets out to seduce only her body, Elizabeth is intent on claiming his jaded heart.