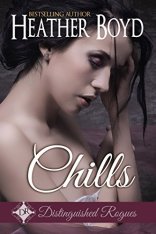 Meretessa Brexiano believes in love. Her heart yearns for a true bond with the man she weds. She also believes she can change her fate. Refusing the marriage her father has arranged, she strikes a bargain with a man she hopes can teach her the art of seduction. Nicolo da Parma is a businessman with a reputation as a connoisseur of women. Their sensuality is the palette he has painted on since his youth. This time, however, he may have struck a bargain which costs more than he planned. Training Tessa might be the greatest challenge to his own heart Nicolo’s ever had.

My Thoughts:
I enjoyed reading this sensual novella. It’s sensuality without being overtly sexual is a rather refreshing concept.
Meretessa is the daughter of a wealthy merchant who finds the groom her father has chosen for her to be abhorrent. She decides to approach a man who has the reputation of being a connoisseur of women to teach her what it takes to make her future husband want her and for her to also enjoy the experience.
Nicolo finds his student a bit more enticing than he bargained for.
This is a quick read and I found Meretessa’s innocence  to be the catalyst in this story. The fact that she is a rather adept student makes this story go from unbelievable to a very enticing tale.

I gave this novella a 4.25 of 5 stars for storyline and characterization. The sensual rating gets 4.5 of 5 flames. It is a very sensual tale.
I received a complimentary digital ARC of this title from the publisher via NetGalley to read and review.
This in no way affected my opinion of this book.

or Read Free With Kindle Unlimited 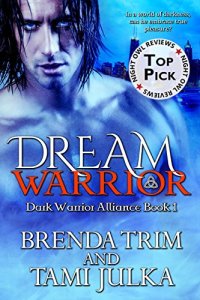 Along the edges of darkness, a war of attrition rages between the demon plane and the Tehrex Realm. Dark Warriors alone stand between humans and the evil that seeks to destroy them. Zander Tarakesh, the sexy as sin vampire king, leads the battle. Zander is battle-hardened and accustomed to command, yet wrestles to regain control when his Fated Mate is propelled into his world, bombarding him with unfamiliar emotions. His life depends on him uniting with Elsie, the slip of a mortal, who unknowingly protects a vital piece of his soul. Eradicating the demons will be an easier task than combating her sense of guilt and betrayal to gain her acceptance, loyalty, and ultimately her love. And, he must do this before she plunges a stake in his heart. One thing is certain; the flames of passion ignite a fire in their shared souls…

Elsie Hayes’ life is shattered after the vicious murder of her husband. Intent on revenge, she spends her evenings killing creatures others only see in nightmares. A supernatural event teleports Elsie into a world filled with violence, magic and unexpected lust and love when she is thrust from widow to Fated Mate of the enigmatic vampire king. Can she lower the protective shield around her heart, giving herself to a vampire whose power is the very reason her life was changed forever?

FREE for the first time ever

or Read Free With Kindle Unlimited

After suffering a century of torture and humiliation, Jace still bears the scars that have left his heart 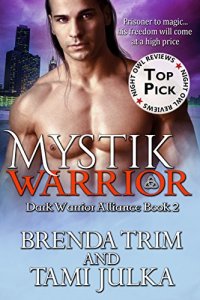 closed to love and acceptance. He escapes the prison walls only to realize he’s mystically bound to his tormentor. Believing he doesn’t deserve a Fated Mate, he keeps his distance from females. Renowned for being a level-headed warrior, his control is pushed to the limit when he meets the Vampire Queen’s sister. Not only is his patience tested by Cailyn, but his skills as a sorcerer are challenged when he fights to save her mortal soul.

Cailyn is instantly spellbound by the damaged soul she views in the sparkling depths of Jace’s amethyst eyes. The attraction is so strong that it forces Cailyn to question the direction of the life she has planned with another. Her mundane human life is shaken up by a violent car crash, a Fae spell, expeditions into the bayou, and battles with demons. Amidst the chaos, the developing bond between her and Jace strengthens, leaving their desire for one another undeniable. Of one thing Cailyn is certain, she must help Jace explore the depth of his scars to overcome the wounds of his tortured past and find a future…but will it be with her? 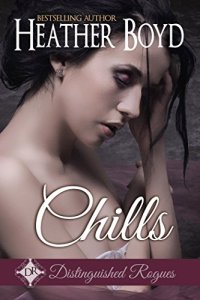 Jack, Marquess of Ettington, is at his wits end dealing with his twin sister’s distress. Under her name, he’s summoned Constance Grange, his vexing former ward, to London to act as his sister’s companion for the season. Although Pixie’s debt-ridden state comes as a complete surprise, what disturbs him more is his sister’s plan to find her a wealthy husband to pay off her overwhelming debts. And–despite his availability, wealth and title–he’s shocked to be overlooked for the position of Pixie’s husband.

With a nickname like Pixie, Constance Grange should be used to disasters, but debt collectors pounding on the Marquess of Ettington’s door demanding payment is beyond mortifying. Given the precarious state of her finances and the previously unknown loss of her family estate, her choices are either incarceration in debtors’ prison or turning fortune hunter to secure a wealthy husband. Yet the man that comes to her rescue more times than she cares to think about is unavailable, betrothed, and her former guardian Jack–the cold-hearted marquess. 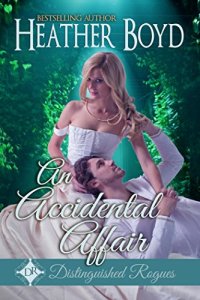 London’s ballrooms and bedrooms thrive on scandal and decadent pleasure and the summer of 1814 will be no exception for the Distinguished Rogues in Heather Boyd’s latest Regency romance.

Widowed beauty, Arabella Lawson, Lady Farnsworth, knows the value of independence after being trapped in a marriage that left her unfulfilled. Although she longs for a lover at last, she’s expected to chaperone her flirtatious niece during her first season. However, given the way the girl keeps disappearing every chance she gets, there is little hope of a good or speedy result. While searching for her charge yet again, she blunders into one of Lord Rothwell’s scandalous assignations. This time it’s Arabella’s turn to be on the receiving end of his hungry kisses, and she’s far from prepared to make the most of the opportunity.

Gossip may paint Merrick Bishop, the Earl of Rothwell, as a notorious scoundrel when it comes to women, but this season his intentions are honorable. Duty bound to marry, he’s determined to discreetly court an open-minded bride and prove the gossipmongers wrong by being on his very best behavior… until in his frustration, he mistakenly kisses the wrong lady and discovers that everything about the encounter feels so very right. Merrick never once believed he had a chance with shy Arabella, and when the unthinkable happens, she turns to him not for an affair or hopes of marriage but for his friendship and protection from her own family.

Can a rogue with a reputation for breaking hearts convince a widow who only hopes for an affair that their feelings are not only the stirrings of desire but the beginnings of the deepest and truest love?