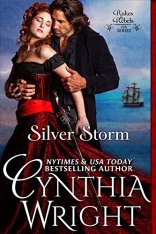 The Gentleman’s Law on Love 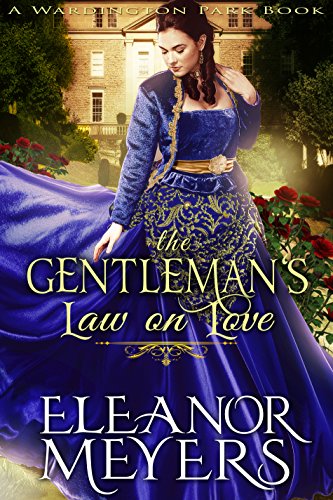 As the daughter of a very powerful earl, Lady Rebecca Garrett has lived under the rule of Society by day.
However… at night, she becomes one of London’s most notorious authors.

Living under the shadows no longer fulfills this heiress, so she’s ready to come out of the dark with her own book and has found just the story…

A story that she least expected!

But this comes with a condition.
She’ll have to go through a very stern, dull, yet very attractive solicitor to get it.

All work and no play has made the handsome Mr. Neil Elkin a very dull gentleman.
At least, this is what Lady Rebecca Garrett believes…
So, she’s self-appointed herself to be the one who challenges everything the young and successful lawyers knows.

But when work passions turn into a very different passion altogether, both will question if their story can end in happily-ever-after…

This regency mystery with an underlying story of attraction is the second book in The Elkin Bothers part of the Wardington Park Series. I have read and enjoyed almost the whole Wardington Park series thus far.

We first came upon our couple in the previous novel in this series “The Gentleman’s Game of Love”, an Amazon Bestseller. Our heroine is determined to finally write a book using her own name rather than her usual male pseudonym. She decides our Hero will make the perfect hero in her novel.

He on the other hand wants no part of her book. He is skeptical about the mystery of the ghost that wants his parents to leave their home to a person none of them know.

This delightful regency romp is a very good one that continues the mystery and discovery of the Ghost.

I gave this book 4.5 of 5 stars for storyline and character development. Although most of the characters are carryovers from the previous novel we do get to delve more deeply into our hero and heroine’s  attraction for each other.

This is a sweet clean regency with no sexual scenes.

My thanks goes to the author for providing such a thus far wonderfully written series.

Check out all of this series at Eleanor Meyers’ Amazon Page.

All are available for $0.99 to purchase or Read FREE with Kindle Unlimited.

The Ministry Of Curiosities Book 1

For five years, Charlotte (Charlie) Holloway has lived as a boy in the slums. But when one theft too many gets her arrested, her only means of escape lies with a dead man. Charlie hasn’t raised a spirit since she first discovered she could do so five years ago. That time, her father banished her. This time, she brings even more trouble upon herself.

People are now hunting Charlie all over London, but only one man succeeds in capturing her.

Lincoln Fitzroy is the mysterious head of a secret organization on the trail of a madman who needs a necromancer to control his newly “made” creatures. There was only one known necromancer in the world – Charlotte – but now there appears to be two. Lincoln captures the willful Charlie in the hopes the boy will lead him to Charlotte. But what happens when he discovers the boy is in fact the young woman he’s been searching for all along? And will she agree to work for the man who held her against her will, and for an organization she doesn’t trust?

Because Lincoln and his ministry might be just as dangerous as the madman they’re hunting.

C.J. Archer is the author of the bestselling Emily Chambers Spirit Medium and Freak House series. If you love historical novels with mystery, romance and a paranormal twist, THE LAST NECROMANCER is for you. It’s the first book in the MINISTRY OF CURIOSITIES series.

Books in the Ministry of Curiosities series:
#1 The Last Necromancer
#2 Her Majesty’s Necromancer
#3 Beyond The Grave
#4 Grave Expectations
#5 Ashes To Ashes
#6 From The Ashes

“C.J. Archer has expertly weaved fantasy, mystery and a dash of romance together to make the perfect story” ★★★★★ Cosying Up With Books

“Simply put: This book is pretty darn bad a$$. I highly recommend The Last Necromancer to all fans of fantasy” ★★★★★ My Book Addiction

“I like to be kept on my toes, but this was more like on my toe nails! Without a doubt one of my new favorite reads of 2015” ★★★★★ Mama Reads Book Blog

“The Last Necromancer was simply fantastic.” ★★★★★ Book and Coffee Addict

“Expertly depicted and well-paced, The Last Necromancer is a stunning novel by C.J. Archer that sweeps readers into a passionate new world” ★★★★★ The Rest Is Still Unwritten

The Princess, the Pea, and the Night of Passion

Getting to happily ever after has never been so sexy or so much fun. Passions run high in this retelling of the classic fairy tale The Princess & the Pea.

In this grown-up version of the famous fairy tale, Arabian princess Adara is running from her old 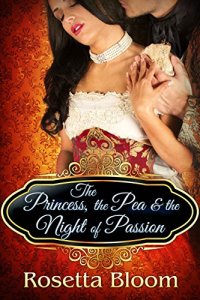 life and a forced betrothal. Adara, an exotic beauty, wants love and passion, but knows she can’t get that back home. When a raging storm halts her escape, Adara seeks refuge in the first dwelling she sees.

Prince Richard is tired of the trite, vain, frigid princesses his mother introduces him to in hopes he’ll marry. On this stormy night, the blue-eyed prince is in the mood to love a woman, but he’s all alone.

Adara arrives on the castle doorstep, saying she’s a princess in need of help. The queen is doubtful and decides to lock Adara in a room with a pea to determine if the girl is as royal as she claims. Richard believes the beautiful, charming stranger, but he wants her locked in a bedroom for other reasons.

When Richard and Adara hook up, there’s more than a pea-sized bit of passion involved….

(This is an adult fairy tale; steamy romance included.)

FREE This Week Only at:

~ Dashing and dangerous, André Raveneau is the Revolutionary War’s most reckless privateer captain when Devon Lindsay stows away aboard his ship after her Connecticut town has been burned by the British. Raveneau cynically agrees to deliver her to her childhood sweetheart in Virginia but doesn’t count on his own potent attraction to the enchanting, courageous Devon.

Can Raveneau stand by and watch her marry another man? What shocking tactics might he employ to provent it?

Through high adventure, swashbuckling sea battles, and the colorful history of America’s revolution, the couple struggles against the fiery passion that binds them together.

“This is my ALL-TIME favorite historical romance. I’ve read hundreds upon hundreds of them and it simply doesn’t get any better than SILVER STORM.” ~ PAST ROMANCE, Historical Romance Reviews

~ In 1783, Alec Beauvisage is returning from the Revolutionary War when he discovers Caroline in the Connecticut woods. Dressed as a boy, she has no memory of her past. Against his better judgment, he takes the lovely foundling with him to his home in Philadelphia and finds his life increasingly complicated as the fiery attraction between them builds and Caro’s dangerous past reaches out to her.

CAROLINE is Cynthia Wright’s unforgettable debut novel and is on keeper shelves worldwide. The story of a confirmed rake and an innocent, spirited young woman, it is filled with sensual romance, evocative history, memorable characters, and the joy of true love.