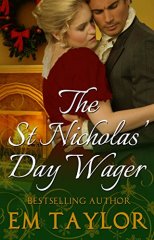 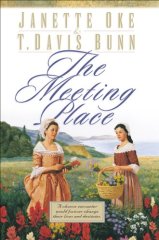 My Recent Release Review of

A Night of Forever

Distrust is no match for desire as a proper young miss and a self-professed rogue hunt down a murderer in this thrilling Disgraced Lords novel from the USA Today bestselling author of A Kiss of Lies and A Taste of Seduction.

Arend Aubury trusts no one besides his fellow Libertine Scholars. After his family escaped from France, penniless and persecuted, only the Scholars took him in. So when the stepdaughter of the villainess who has been plotting against them approaches Arend with allegations against their enemy, he suspects a double cross. Yet Isobel is a tantalizing prize, with lips as sweet as champagne and skin as creamy as Camembert. Is she a feast for the senses—or a bitter trap?

Lady Isobel Thompson dreams of marrying an honorable gentleman with a spotless reputation, a trait that Arend seems to lack completely. But Isobel believes that her stepmother is responsible for her father’s death, and only Arend has the skills to uncover the truth. As a cover, Arend suggests a fake betrothal—and soon Isobel finds herself forgetting that their courtship is a ploy. He’s so different from the man of her fantasies, and yet he’s so terribly handsome, so dangerously intoxicating—and all Isobel wants is more.

This is book #6 of this suspense filled series. It is the 4th book in the series that I have read. Those include books # 3, 4, 5 & 6 so I can not comment on the first two books of the series. I did however like and find the ones I have read to be compelling. I felt they were well written and had well developed characters and interesting storylines. This one may be the best yet of the ones I have read. I loved the characters and since having been introduced to them in the previous books I liked being able to delve deeper into their personal story.
I would give this title a 4.5

star rating with a 4

out of 5 for heat.
I received a complimentary digital ARC from the publisher to read.
This in no way affected my rating and opinion of this title.

Nathaniel Spencer, the Fourteenth Duke of Kirkbourne wakes up with an almighty hangover and a wager note in his pocket stating he has agreed to marry the Earl of Brackingham’s daughter. And he can’t even remember ever meeting the chit. Clearly his drinking has got out of hand.

Lady Sarah Steele is horrified when her father announces that the Duke of Kirkbourne has agreed to marry her and even more horrified that her father wagered her hand in a game of cards. Not only that, but the earl has not told the duke of the riding accident that left Sarah paralysed when she was sixteen. But he’s dying and she knows he wants to see her settled before the inevitable happens.

Despite Nate’s drinking and Sarah’s possible complicity in the earl’s plan, they agree to marry. But when accidents start to happen, the newly-weds must deal not only with the fact they are practically strangers, but they must find out who is trying to kill one or both of them. Nate’s drink problem and Sarah’s disability are only a couple of the hurdles they must face to find lasting love.

Viscount Eastden makes a stupid wager. Somewhat foxed, he agrees to a wager which states that he can marry the spinster sister of the Earl of Thornwich by Christmas eve. If Thornwich wins the wager and Eastden fails in his quest to marry her, he will get ten thousand pounds and vice versa. Having grown up on neighbouring estates, Nicholas can’t figure out why a nice girl like Gabriella failed for so many seasons on the marriage mart.
Gabriella appreciates the viscount’s honesty when he explains the wager. Knowing the dire straits of her family’s finances and her brother’s addiction to gambling, it seems that marriage to Nick may be the only option. But can she overcome his cruel words from their childhood when he taunted her about the strawberry birthmark on her face which blights her appearance?
After such a rocky start, can the Spirit of Christmas find its way into the lives of Nick, Gabriella and their families or will injury and grievances from the past keep them apart forever?

Content Warning: This book is not a sweet romance. It contains sex scenes. If such content is not to your taste or offends you, please do not upset yourself by purchasing this book.

Em was born and brought up in the Central Belt of Scotland and still lives there. She was told as a child she had an over active imagination–as if that is a bad thing. She’s traded her dreams of owning her own island, just like George in the Famous Five to hoping to meet her own Mr Darcy one day. But her imagination remains the same.

FREE For a Limited Time at AMAZON

Crafted by two masters of inspirational fiction–Janette Oke and T. Davis Bunn–and combining the engaging historical settings, rich characterization, and heartwarming messages quintessential to both authors, The Meeting Place is another timeless story for you to cherish.

Set along the rugged coastline of 18th century Canada in what was then called Acadia (now Nova Scotia and New Brunswick), The Meeting Place re-creates a world that was home to native Indians, French settlers, and English garrisons. Such diverse populations did not live in accord, however. Instead, they were isolated within their own groups by a brewing political tension under the difficult English rule.

Amid such chaotic times two women, both about to become brides and both trying to live lives of quiet peace, meet in a lush field of wildflowers. Louisa, a Frenchwoman, and Catherine, who is English, continue to meet secretly through the seasons, sharing both friendship and growing faith.

The outside world does not mirror their own tranquil happiness, and the dreaded crackdown by the English throne threatens far more than their growing bond. In the face of a heart-wrenching dilemma, Louisa and Catherine strive to maintain their faith and cling to their dreams of family and home.

Winner of the Christy Award, presented by the Christian Bookseller Association to honor the best in Christian fiction.

FREE For a Limited Time at AMAZON

Love Comes Softly introduced the characters of Marty and Clark Davis, whose tragic circumstances brought them to a “marriage of convenience” on the frontier prairies during the mid 1800s. The story of how Clark’s patient, caring love mirrored that of the heavenly Father, drawing Marty to faith and to love, has captured the hearts and imaginations of over one million readers on Book One alone!

Bestselling author Janette Oke is celebrated across the world for her significant contribution to the book industry. She writes with a profound simplicity of what she knows best—real life, honest love, and lasting values. Janette Oke pioneered inspirational fiction. Love Comes Softly, her first novel, has sold over one million copies. Janette is now the bestselling author of over 70 books, 32 of which have been translated into fourteen languages. Today, her novels have sold more than 30 millions copies. She is the recipient of the ECPA President’s Award, the CBA Life Impact Award, the Gold Medallion, and the Christy Award. Janette and her husband, Edward, live in Alberta, Canada.  Janette and her husband have four grown children and enjoy their many grandchildren. They make their home in Canada.

Proverbs 3:5-6 – “Trust in the Lord with all your heart and lean not on your own understanding; in all your ways acknowledge Him, and He will make your paths straight.”

Look for Janette’s newest book, “Where Hope Prevails” Publshed Aug 2, 2016 and the companion story to the “When Calls the Heart” TV series, “Where Courage Calls,” published: Jan 28, 2014.