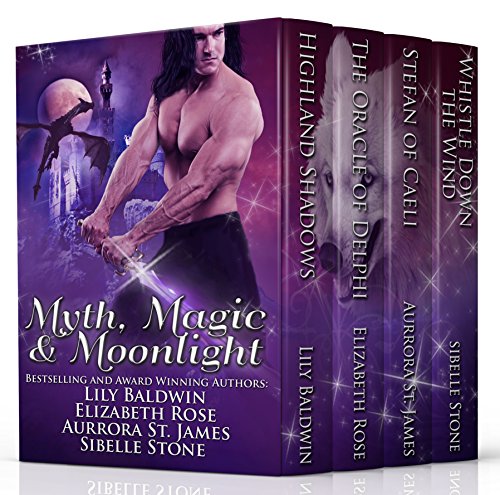 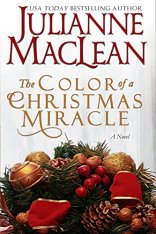 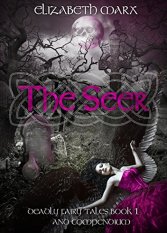 Best-selling and award winning authors Lily Baldwin, Elizabeth Rose, Aurrora St. James, and Sibelle Stone invite you to step back in time with spell-binding tales of myth and magic, and the passion of four unstoppable heroes who risk everything for the women they love.

Included in this set are:

In Alexander MacKenzie’s youth, his clan prospered. Until one night fire and death descended, and all that was good and green fled the ensuing darkness, leaving the MacKenzie clan impoverished, and Alex’s face severely scarred.

Known as the Mad Maid of Clan Ross, Cora has been imprisoned within her father’s keep for a decade, but not against her will—she is her own warden. Cora locked herself away to protect those she loves from what she has become. Within the shadows that blanket their land lurk vampires and wolves. They know Cora’s savage secret and have laid claim to her body. But the fight for her soul has only just begun, and only Alex’s love can save her.

THE ORACLE OF DELPHI by Elizabeth Rose

Perseus, demi-god and son of Zeus is on a mission to save his mother’s life. He needs to behead Medusa and bring it back to the evil king of Seriphus in a fortnight, or his mother will lose her life.

Princess Andromeda is on a mission of her own. Once thought to be the successor to The Oracle of Delphi, she bravely sits atop the throne over the pit of knowledge in trickery, to get an answer from the oracle herself. She is to be sacrificed to a sea serpent in order to save her village and the oracle tells her only the demi-god Perseus can slay the beast.

When Perseus seeks out the oracle in order to find the abode of Medusa, the feisty Princess Andromeda tries to trick him to go on a quest of her own. But Perseus has no time to lose in the mission of saving his mother. Shadows of doubt linger and it is certain someone will lose their life with one wrong choice, in The Oracle of Delphi.

Dragon shifter Stefan Baudin’s future depends solely on unraveling a mystery from the past. But the journey will lead him into dangers he never expected and to a woman who enthralls him as no other.

Isabela Florin is the only female in Caeli’s guard. She’s determined to recapture the respect she’s lost—even if it means spying on the one man who awakens her desires.

When warrior and prince collide, who will gain the upper hand? Can love survive both secrets and betrayal?

WHISTLE DOWN THE WIND by Sibelle Stone

Escaping from the persecution of the European witch hunts, a beautiful witch with the power to control the wind joins forces with a handsome Cavalier on a mission to save the King of England and the colony of Virginia.

This is an interesting assortment of Novellas/Short Novels by some very talented and best selling authors.

Paranormal is not usually my choice of genre but it is near that spooky time of year known to us as Halloween so I thought I’d give it a try.

I liked this story. Lily Baldwin as usual entertains us and gives a well written story.I would give this one 4.25 stars.

This title was mildly interesting to me. Since I have read many retellings of this mythology theme it doesn’t have any surprises as to how it will end.I would give this one a 3.5 star rating.

This is my pick of the collection. Although we are bombarded with a lot of characters in a short span of time in the storyline the author eventually gets around to the point of just telling the story. Maybe if I read her books more often this would not have presented a problem. This one gets a 4.5 star rating in my opinion.

I received a complimentary digital ARC of this book from the publisher. This in no way affected my opinion.

THE COLOR OF A CHRISTMAS MIRACLE 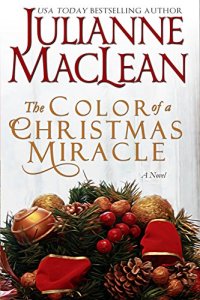 The Color of Heaven Series

Many of you have been waiting eagerly for the new novel in my Color of Heaven series. I’m thrilled to let you know it’s available now. Enjoy!

From USA Today bestselling author Julianne MacLean comes a special holiday novel in her popular Color of Heaven Series, where people are affected by real life magic and miracles that change everything they once believed about life and love.

Claire Radcliffe has been blessed with a wonderful life—a loving husband, a fulfilling career, and a perfect house in a charming historic neighborhood. But with each Christmas that passes, the one thing she longs for most of all continues to elude her, and before long, her life doesn’t seem so perfect anymore.

When yet another holiday season approaches and her marriage suffers the worst possible blow, Claire must learn to have faith in destiny, and allow herself to believe that miracles can happen to anyone—especially at Christmastime.

Heartwarming and inspiring, The Color of a Christmas Miracle is full of deep emotion, unexpected twists, memorable family drama, and an unforgettable love story.

Praise for the novels in the Color of Heaven Series:

“I never know what to say about a Julianne MacLean book, except to say YOU HAVE TO READ IT.” – AllRomanceReader.ca

“The Color of Time is an emotionally charged, riveting exploration of how our lives may change within the scope of a single event. And sometimes what we want isn’t always what we need. Fabulous, thought-provoking read.” — Tanya Anne Crosby, New York Times bestselling author

“I was so pulled into this story I thought at times I WAS the character. Julianne MacLean certainly grabbed me with this book. I absolutely loved it! …It all felt so real. It’s like Alice falling through the rabbit hole, I got to live out someone else’s life if only through my own imagination.” – Micky at Goodreads

“Wow! This is one of those “l couldn’t put it down” books. The penny dropped right at the end of this amazing story as to why it is titled “The Color of Forever”. Believe me when I say that this is a page turner like you have never read before.” – Zena at Goodreads

“It makes the reader think about what could have been, and loves past, and makes you wonder if you are leading the life you’re meant to be leading. Thought-provoking, emotionally-intense and riveting, Ms. MacLean delivers another 5-star romance in The Color of Forever” – Nancy at Goodreads

“There are just not enough words for me to explain how much I loved this book! ” – Debi at Goodreads

As children they’d been best friends. They’d laughed together. Cried together. Done everything together. That is, until the night Alex asked Damon to do something that changed their relationship forever.

They haven’t spoken in three years. So, when Alex visits a friend at college and bumps into Damon again, she’s shocked to the core.

But most of all, she’s shocked by the way her body reacts to him.

Could he be the same man she used to know? Or is he the cold, arrogant alpha male his reputation suggests?

Touchpaper is a 20,000 word new adult romance novella. It contains adult material and is suitable for over 18s only.

Other books by Katy Baker

A YA Theater Steampunk Novel

FREE Foe a Limited Time at:

If all the world’s a stage, then I am utterly screwn…

In the high-stakes world of the theater, stage fright can seriously crank your career, so apprentice

But when the mysterious serial killer known as The Peacock targets one of their own, Minx can hide no longer. To save the life of the woman she loves like a mother, she teams up with her sworn enemy and a dashing young director whose powerful magic wakes the nightmares she’s kept secret for years.

When disaster strikes, Minx must face the horrors of her past and find the courage to do what she vowed she’d never do again.

Even if it means risking her life as bait to trap a murderer.

From the shadows of cobblestoned alleys and the glittering steampunk world of an aristocracy gone mad for theater comes the first book in a brand new young adult fantasy series about love, the power of creativity, and the resiliency of the human spirit.

Oh, and watch out for the sewer alligators.

But it’s not all corsets, goggles, cravats, and bustles. Minx has powerful magic and has suffered the worst abuse for it, leaving her with stage fright and claustrophobia, as well as a deep fear of men. She masks her fears with a sassy attitude and her talent as an inventor. Few people know the extent of her true abilities.

Her best friends are apprentice stage manager Thea and playwright apprentice Raymond. Her nemesis is haughty acting apprentice Delphine. They are overseen by the young and brilliant director, Dietrich Wolff, who refuses to let Minx remain scared of him even though his peculiar kind of magic reminds her of the terrors of her past.

To fulfill their mission, they must set aside old hurts and work together, finding courage to make the sacrifices necessary to save the ones they love.

I smiled tightly. “You’re not going to let her push you out, are you?”

I gave a speculative little hum, like I was weighing the question. “The seventh-years have the odds at three to one in your favor.”

He chuckled. “Seriously? That’s flattering. The staff is only giving me a fifty-fifty chance.”

I giggled, and brought my hand to my mouth to stifle it. “So who do you think is right?”

His eyes took on an intensity that had my heart thudding again. “Anyone who bets against me is a cog-brained idiot.”

My breath caught. “I believe you,” I murmured.

Thea patted her upswept hair. “No, it’s not. It’s rule-breaking with malicious intent.”

I put my arm around her waist and squeezed. “Yes, but it was for me. That makes it kind.”

She hugged me back. “What she did to you last year was unforgivable. Just because you told on Director Hyll doesn’t give her the right to sabotage your work.”

“She can hate me all she wants, but I don’t like how she’s trying to get rid of Presul Wolff. And I despise how she bullies people like Walter. She needs to be stopped.” I pulled back from Thea and extended my hand. “Miss Wright, I say it’s time to find out what a certain diva-bitch is up to.”

Her lips curved in a slow smile. She clasped my hand. “Miss Mellor, I am all agreement

Fairy tales aren’t supposed to be deadly, but anything can happen on Halloween night in Salem … even a human sacrifice. 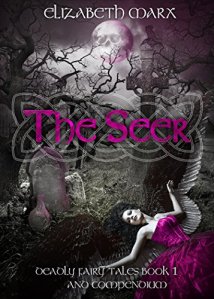 When a supernatural beast murders a sixteen-year-old girl, her soul is reawakened as an OtherWorldly being. Now, as the Seer, she is destined to serve the Order, even as she craves retribution. Invisible, isolated, and confused, she rejects her calling and seeks solace in the one thing she believes is real: her connection to Locke … only he can’t see her, or feel her presence.

Determined to find some way to warn Locke of the danger he’s in the Seer sets out to discover the truth behind the clandestine Order. Unfortunately, those who are like her fear her, and only one acknowledges her existence—Tristan, a Guardian sentenced to defend the Order at all costs.

Soon Tristan discovers something sinister, something that cannot only destroy the Seer, but every witch in the Order.

To protect the one she loves and regain the life she lost, the Seer must join forces with Tristan and save the thing responsible for taking her away from the world to which she desperately wants to return.

Deadly Fairy Tales is a paranormal young adult urban fantasy romance series set in Salem. Books in the series are as follows.
The Seer Book 1

Something Greedy This Way Comes Book 3