MY PRE-RELEASE REVIEW of

Publisher’s Description:
The Murrays are back in this thrilling new tale from New York Times bestselling author Hannah Howell . . .

Responsible for protecting her younger siblings from their abusive father, Bethoc Matheson is in no position to rescue another soul in Scotland. Yet when she sees a bleeding man on the verge of drowning, that’s exactly what she does, securing him safely in a cave where she can return day after day to tend to his wounds.

Sir Callum MacMillan can scarcely believe such a slight lass as Bethoc could save him from the grasp of death. But he knows the telltale marks of an angry fist on her skin, and he knows she has the soul of a fighter within her feminine frame. Raised to be a protector of the weak by his Murray clansmen, Callum would prefer to be the one saving her—and save her, he will. If he can first survive the treacherous attack that led him into her irresistible arms . . .

This was another well written book by this Author. There was a time when I couldn’t get enough of her books. I did however burn out on them. This was a refreshing reintroduction to Ms. Howell’s books.

I found I liked the characters and the storyline was a good one even though I felt it was a little long and could have ended much sooner than it did. There was a great deal of violence throughout the first few chapters but this element tapered off as the story went on and the villainous characters were killed off.
I would give it 3.75 stars and recommend the read.There were characters nearer to the end that I remembered from previous Murray titles and enjoyed getting a wee glimpse of them again.

I received a digital ARC in exchange for an honest review.

Hannah Dustin Howell is a best-selling American author of over 40 historical romance novels. Many of her novels are set in medieval Scotland. She also writes under the names Sarah Dustin, Sandra Dustin, and Anna Jennet (see below).

She has also used the following pseudonyms: Anna Jennet, Sarah Dustin and Sandra Dustin.
Bio and photo from Goodreads. 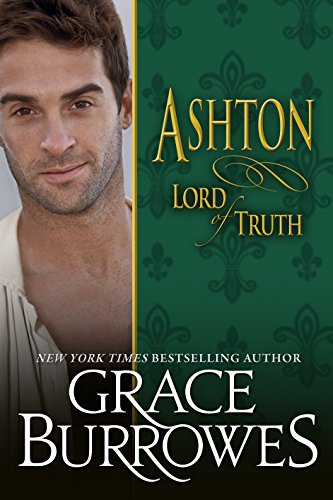 Ashton Fenwick was raised to be the bastard older brother–the charming, happy bastard older brother. Now, an earldom has been foisted upon him, and his family urgently needs him to find and marry the right countess. With charm at the ready, Ashton is prepared to go wife-hunting during the London social Season, but it’s the forthright landlady at Ashton’s lodging house who catches his eye.

Matilda Bryce bakes delicious apple tarts and does not suffer titled fools, even as she looks after street urchins and does what she can to help Ashton prepare for the challenges before him. Ashton soon realizes that somebody is out to destroy Matilda’s happiness, and if he offers to make an honest countess of her, she could well flee. He’s found the woman for him, though, and will risk all to free Matilda from her past.

Grace Burrowes spent a lot of time early in life reading romance novels. In college, while still voraciously reading romance, she supported herself by teaching piano and accompanying ballet classes. After graduation she became a technical writer and an editor. A demanding job that left enough time to read many, many romance novels – and grab a law degree through an evening program. Despite becoming a single mom and practicing law in a small town, through all of Grace’s ups and downs, she’d was a relentless reader of romance authors like Kathleen E. Woodiwiss, Judith Ivory, Mary Balogh, Loretta Chase, Eloisa James and many others. Late one night, while preparing “some Motion or other” she recalled that in her briefcase was a book she’d been saving to read on a hard day. Grace promised to read just one chapter but another thought kept intruding as I read that one chapter, “I bet I could¿.” So she wrote a romance novel. That book became Gareth: Lord of Rakes, and opened the door to the sheer bliss of writing historical romance. She wrote and wrote and wrote eventually becoming a published author. Grace Burrowes writes the Duke’s Obsession, Windham Sisters, MacGregors, Lonely Lords, Captive Hearts, Sweetest Kisses, True Gentlemen, Jaded Gentlemen, and Windham Brides Series as well as being a contributing author in many collections. Grace co-wrote Highland Holidays Series with Patience Griffin and wrote The Cowboy Wore a Kilt in the Kindle Worlds: Blame it on Texas Series.

For a Limited Time at:

Intent on keeping the news of foreclosure from her grieving, funds-starved family, Elise answers the bank summons and faces Michael Bradley, an old flame who still owns her heart. When Michael extends an unseemly dinner invitation, Elise invents a nameless suitor as an excuse. Now, to save face, she must produce him.

Desperate to keep the children she’s come to love, Charlotte heads for Boston to find Reed Malloy, the heart-stealing lawyer who left the orphans in her care, only to discover that Boston’s glittering high society intends to keep them apart.

In San Francisco awaiting an audition with the symphony, Sophie is working as a piano player at The Grand Hotel when Riley Dalcourt walks into her life and everything changes—again.

REVIEWS:
“…a glittering tale of star-crossed lovers, threatened by a web of lies… a great new book in a new series.” ~Adrienne deWolfe, Bestselling Author of Scoundrel for Hire

“…a tantalizing glimpse of the author’s delicate writing style as she melds romance with humor, conflict, and adventure. An entertaining read.” ~Bestselling Author, Marliss Melton

“Many wonderful characters including nasty villains and villainesses. I had a hard time putting it down!” ~Lady McNeill, Mrs. Condit & Friends Read Books

THE DEFIANT HEARTS SERIES, in order
An Intriguing Proposition
An Improper Situation
An Irresistible Temptation
An Inescapable Attraction

Sydney Jane Baily completed her first novel at the tender age of 17. Thankfully, that manuscript resides in an undisclosed secure location. After spending years as a book editor, Sydney is thrilled to be crafting her own stories of a bygone era. She resides in New England with her family—human, feline, and canine. www.sydneyjanebaily.com

Isabelle will do anything for her lady, even accompany her to a masquerade ball. Lady Theodosia needs extra support for tomorrow she will meet the man her par-ents have pledged her to.

Meeting an enchanting young man during the course of the evening makes Isabelle wish for a life she can never have. Imagine her shock when he shows up the next morning, announcing his claim on Lady Thedosia.

Torn between duty and desire, Isabelle hopes for something more this Christmas.

To avenge his love’s death, Sir Gerald challenges her murderer to a duel. Her twin, however, feels

that Alice never loved the knight and gives him a tea that sends him to into the future, to the Regency era.

Lady Vanessa seeks a Christmas treat when she hears something outside the manor. Upon investigation, she sees a man dressed in armor. Unwilling to turn away a confused man with the approaching holiday, she convinces her parents to house Gerald until the new year.

Scandal has forced her parents to accept William as their daughter’s best chance at marriage. Although rich, he does not understand her or her love of books, whereas Gerald listens to her, confides in her and she him. With the approaching holiday, nothing is certain – not whether Gerald can discover a way back to his duel, whether he can move on from Alice, and not whether this Christmas will be a happy one for either Gerald or Vanessa.

Nicole Zoltack loves to write in many genres, especially romance, whether fantasy, paranormal, or regency. She’s also an editor for MuseItUp Publishing and works as a freelance editor and ghostwriter.

When she’s not writing about gentlemen and their ladies, knights, superheroes, or witches, she loves to spend time with her loving husband, three energetic young boys, and precious baby girl. She enjoys riding horses (pretending they’re unicorns, of course!) and going to the PA Renaissance Faire, dressed in garb. She’ll also read anything she can get her hands on. Her current favorite TV shows are The Walking Dead and Gotham.

To learn more about Nicole and her work, visit www.NicoleZoltack.com. She can be found on most any social media site under Nicole Zoltack. Stalk away!