Lord Ashton of Aethyria is enticement, seduction, temptation–born with the power to strip even the most modest woman of her gown, her will, and her virtue. With the glamour of being born a half Daoine Sidhe faerie comes the sad fate that once a woman has gazed into Ash’s eyes, she forever loses the ability to see anything other than his ravishing beauty, and can certainly never glimpse into his soul. Ashton’s allure is so raw and enchanting, in fact, that he has exiled himself from even the human side of his family, lest his own aunts be tempted by him, and lives a life of solitude and fleeting passions. But he is part human as well, and it is his human blood that makes him long for a magic no faerie spell can equal. It is his deep desire for true love that leads him to keep his magnificent face hidden from the woman who captures his heart.

Eden is certain her nightly visitor is as disfigured as she, since he keeps his visage shrouded in shadow when he comes to her room. Scarred by fire, she believes herself ugly until Ashton’s tender kisses and gentle touch begin to teach her that true beauty comes from within. It’s an important lesson, since Ash knows that soon he must reveal himself to her. He prays that she can look beyond his unearthly beauty and see the heart of a man.

This magical, mystical tale is one of the best I’ve read in this genre. I had not previously read any other book by this author and was pleasantly surprised. The characters are well developed and the storyline is well thought out and written. It is more of a faerie tale than a historical one although the setting is of a historical nature.
I’m not sure what to expect of other books in this series, though, so I will reserve to comment on if this book is of a standalone nature.
I liked this read but did not love it. I would give it a 3.75 star rating if I could give fractional ratings.

A Code of the Heart

Miss Amelia Bonnington has been in love with her childhood hero since she was eleven years old… or so she thought until a not-so proper impassioned and unyielding kiss from the not-so honorable and equally disreputable Lord Derrick Brinsley, gave her reason to question the feelings of the heart.

Lord Brinsley, shunned from society for running off with his brother’s fiancée, hasn’t cared about or questioned his lack of acceptance until meeting the beguiling Amelia Bonnington. One passionate moment with the fiery Miss Bonnington has him more than willing to play by society’s rules to possess the breathtaking, red-haired woman.

Amelia unwittingly becomes embroiled in espionage when she stumbles upon a smuggling ring in the modiste shop of her good friend. To prove her French friend’s innocence, she dangerously jumps into the fray, jeopardizing more than her life.

On undercover assignment to prevent the French from stealing the Royal Navy’s deadly weapon, Derrick must fight to protect British secrets from falling into the hands of foreign agents, and the chance at love with the only woman capable of redeeming him.

Scottish Dream trilogy captures the lives and loves of three brothers and the secret they each hold. This collection includes the complete novels of Borrowed Dreams, Captured Dreams, and Dreams of Destiny.

Driven to undo the evil wrought by her dead husband, Millicent Wentworth must find a way to save her estate and free the innocent people her husband enslaved. Her only hope is a marriage of convenience with the notorious widower, Lyon Pennington, fourth Earl of Aytoun, who just may be the most handsome-and caring-man she’s ever encountered.

Portia Edwards will go to any length to find the family she’s never known. And when she meets merchant Pierce Pennington, a staunch but secretive Son of Liberty, Portia has the perfect chance to ask for his help. But her stubborn pride keeps her silent. That is, until she recognizes her strong attraction to the brave man who, by night, is known as the infamous Captain MacHeath, smuggling arms by sea under the pall of darkness-all in the name of liberty…

Wounded by scandal and the unsolved murder of his sister-in-law, David Pennington is outwardly insolent and arrogant. But nothing will stop him from escorting his childhood friend, Gwyneth Douglas, to Scotland and saving the Scottish heiress from fortune hunters. But with their arrival in Scotland comes terrible danger. Now, if they ever hope to satisfy their desire, they will need to thwart the evil that threatens to destroy both their lives… 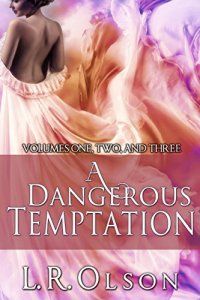 Ruined by scandal, Julianna has hidden away in the country for the last few years hoping her indiscretion will eventually fade from the memory of society. Yes, she’s been lonely at times, but she’s content enough to follow her own rules. And when that bothersome nagging sensation that she’s missing something more flares, she’s able to shove it aside and focus on her friends, family and her true passion…painting. Until James arrives. James is arrogant, demanding and makes her believe that anything is possible, even a second chance at love. But is James the man he pretends to be?

James always gets what he wants, and he wants marriage to a woman who will honor and more importantly, obey. The problem is when he meets Julianna, while he’s bathing nude no less, he suddenly starts to question his carefully constructed plans. Bold and daring, Julianna is the very opposite of a meek, obedient wife. He certainly doesn’t need any more scandal; his family has had quite enough. And having an affair with Julianna would definitely bring scandal. The problem is he can’t seem to get her out of his head. But is she truly the sweet country girl she portrays herself to be, or a conniving fortune hunter out to trap him into marriage?

Please Note: This is a serial; a romance told in three volumes. As a special gift, you can find all three volumes in this one novel! Because of cursing and content, these volumes are recommended for readers eighteen years of age and older.

For more information go to www.lrolson.com