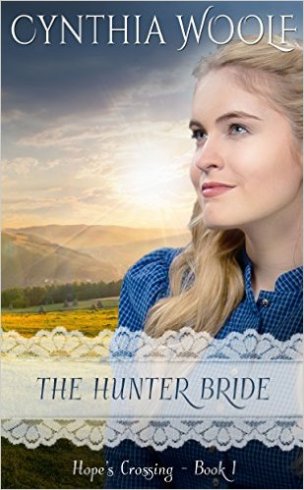 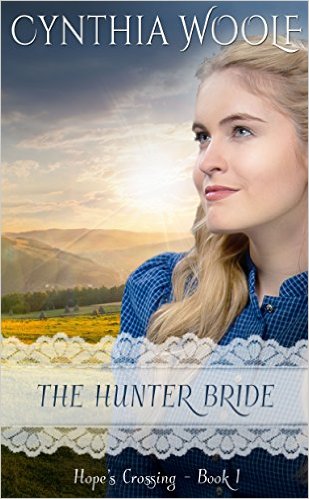 Five years ago, a band of outlaws murdered Josephine Shafter’s parents and younger brother. Desperate for vengeance, Jo has spent every day since serving the law as a bounty hunter. But the trouble with justice served is that now that her family’s killer has been brought in, she has nothing to do and no one to hunt. She decides it may be time for a new life and a fresh start. She longs for the arms of a strong man around her, and for a child of her own. But the Chicago dandies don’t know how to kiss a woman who is tougher than they are. Jo decides her best chance at happiness is to head out West, to the wild Montana territory, to start a new life as a mail order bride.

Sam Longworth has been the Sheriff of Hope’s Crossing, Montana for two miserable years. He was much happier roaming the untamed plains as a bounty hunter, bringing outlaws to justice. But that was no life for a husband or father, and his wife wanted him home, safe and sound, every night. Forced into marriage, theirs had never been a love match, but he thought warming her bed every night would be enough. Instead she left him and took a stagecoach to rendezvous with her childhood sweetheart. She vowed never to return, and died on the journey.

Plagued by guilt over her death, Sam doesn’t need a woman’s love, he just needs a wife. He orders a mail order bride, a woman who won’t make too many demands, who can build a home and give him children. Josephine fits his life perfectly, until danger follows her to her new home and he realizes she’s keeping secrets that could get them both killed. Trust is a hard road for two lost souls used to keeping secrets, and their new and fragile love might not be strong enough to survive what’s coming. 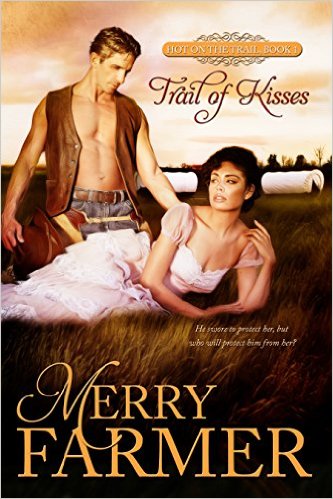 Someone is trying to kill Lynne Tremaine. After her father sentences two members of The Briscoe Boys gang to death, Judge Tremaine feels he has no choice but to send Lynne to Denver City along the Oregon Trail to live with her Uncle George…against her will. For Lynne, the only thing worse than being sent away to the wild west is making the journey with the handsome, arrogant, wicked man her uncle has hired to escort her. Especially when the anger she feels toward him begins to turn to something hotter.

Cade Lawson is determined to prove himself to his employer, George Tremaine, after letting him down months earlier. But what he thought would be his second chance may, in fact, be a harsh punishment for his past mistakes. Lynne is headstrong, fiery, and determined to show him she is fearless. She is also beautiful and tempting, and when Cade sees just how afraid she really is underneath her brave act, he may be in danger of losing his heart to her forever. When her would-be killer attacks, it’s all he can do to keep Lynne safe.

He swore to protect her, but who will protect him from her?

(Guardians of the Stone Book 1)

worthy successor to arise and unite the Highland clans. His people are the last of the “Painted Ones,” the guardians of the true Stone of Destiny.

A Struggle for Power
The Highland tribes are fractured. Scotland’s King David seeks an alliance with the fierce mountain Scot. But only one woman will tempt Aidan dun Scoti—the accursed beauty whose father once betrayed his clan …

Tempted by revenge
Cursed by Aidan’s people for the sins of her father, Lìleas MacLaren is the one woman he believes he is immune to. Offered in marriage by David of Scotland as a guise for peace, she is also the one woman who may bring the fierce chieftain to his knees.

Rich with history and lore, HIGHLAND FIRE brings back favorite characters from The Highland Brides and introduces you to new ones.

The third book in the Medieval Herb Garden Series…

“Sanctuary of Roses made me wish I had taken a speed reading course! I couldn’t turn the pages fast enough!” — K. Schratz

“With Sanctuary of Roses, I’m reminded how much I love medievals. Gleason is such a fine writer!” — Award-winning author Norah Wilson

Madelyne de Belgrume has lived in secrecy in a hidden abbey for years. Her mad, abusive father, Fantin, believes she is dead.

Lord Gavin Mal Verne wants nothing more than to seek revenge on Fantin de Belgrume … and he has the king’s blessing to bring the man to heel.

After a battle with Fantin that leaves Gavin nearly dead, he accidentally comes upon a hidden abbey … and the beautiful, serene nun who helps to heal him, touching his heart in more ways than one.

When Gavin discovers Madelyne’s true identity, she is forced to leave the sanctuary of the abbey and appeal to King Henry for succor.

To her horror, Madelyne learns she must either marry … or be returned to her father’s custody.

The Medieval Herb Garden Series does not have to be read in order.
However, for those who want to read it in chronological order, the stories go as follows:
LAVENDER VOWS
A WHISPER OF ROSEMARY
SANCTUARY OF ROSES
A LILY ON THE HEATH