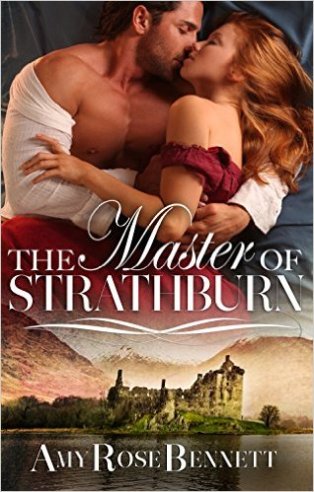 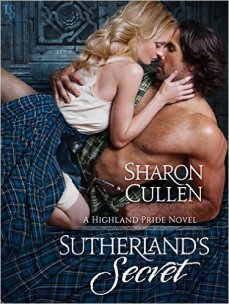 Lady Rowena Kinnaird may be the heiress to a Highland earldom, but she has never felt good enough–not for her father, not for the man she thought she’d marry, not for God. But after a shocking attack, she’s willing to be forever an outcast if it means escaping Loch Morar.

Brice Myerston, the Duke of Nottingham, has found himself in possession of a rare treasure his enemies are prepared to kill for. While Brice has never been one to shy away from manor-born ladies, the last thing he needs is the distraction of Lady Rowena, who finds herself in a desperate situation. But when Rowena’s father tries to trap Brice into marrying his daughter, Brice makes a surprising decision.

Rowena wanted to escape the Highlands, but she’s reluctant to marry a notorious flirt. And when she learns that Brice is mixed up in questionable business with a stolen treasure, she fears she’s about to end up directly in the path of everything she was trying to avoid.

This is the first Roseanna White/ Bethany House book I have read. The storyline is a very good one. Devoid of any explicit sex or violence it is a book that you could surely give to a teen reader with no qualms. I highly recommend this clean Christian romance to anyone who likes their romance without explicit scenes of violence and sex.

I received a digital ARC of this book in exchange for an honest review.

An Engrossing Scottish Historical Full of Twists and Turns

A sweeping, sexy Highland romance about a wanted Jacobite with a wounded soul, and a spirited Scottish lass on the run.

Robert Grant has returned home to Lochrose Castle in the Highlands to reconcile with his long-estranged father, the Earl of Strathburn. But there is a price on Robert’s head, and his avaricious younger half-brother, Simon, doesn’t want him reclaiming his birthright. And it’s not only Simon and the redcoats that threaten to destroy Robert’s plans after a flame-haired complication of the feminine kind enters the scene…

Jessie Munroe is forced to flee Lochrose Castle after the dissolute Simon Grant tries to coerce her into becoming his mistress. After a fateful encounter with a mysterious and handsome hunter, Robert, in a remote Highland glen, she throws her lot in with the stranger—even though she suspects he is a fugitive. She soon realises that this man is dangerous in an entirely different way to Simon…

Despite their searing attraction, Robert and Jessie struggle to trust each other as they both seek a place to call home. The stakes are high and only one thing is certain: Simon Grant is in pursuit of them both…

I really loved this book. It was one of the best I’ve read recently. It engrosses the reader from page one all the way to the end. The characters are well developed and the storyline is a very believable scenario.
I hadn’t read anything previously by this author but will be sure to look for future offers.
I gave this book a 4.75 star rating.
I received a digital ARC of this book in exchange for an honest review.

Terror reigns in the aftermath of the Battle of Culloden. As British troops obliterate the last traces of

the Jacobite cause, Brice Sutherland, the Earl of Dornach, risks everything to arrange a covert escape route to Canada for his fellow Scots. But when he encounters a dying Englishwoman, hauntingly beautiful though scarred by manacles and unable to speak, Brice’s true courage is put to the test. Nothing but ruin could result from helping her, or worse: falling in love.

The pampered daughter of a marquess, Eleanor Hirst was the talk of the London season when she wed the Earl of Glendale. Little did she know that his posting as an officer in Scotland would be their undoing. Now her husband is dead and Eleanor is a fugitive in a hostile country. Desperate for help, she throws herself on the mercy of Brice Sutherland, a handsome Scottish warrior who should be her enemy. Instead, he cares for her tenderly, reviving her shattered spirit—and awakening urges unlike any she’s ever known.

“Fast-paced and intriguing, Sutherland’s Secret is the perfect historical read! A sexy, courageous hero and a strong, beautiful heroine find love in the face of danger. I enjoyed every page.”—Pamela Labud, author of To Catch a Lady

“Rich and romantic, Sutherland’s Secret captured my heart. What’s better than watching a pampered lady turn into a fierce Highland lass, willing to face any danger so long as she keeps her man?”—Violetta Rand, author of the Sons of Odin MC series

“Cullen’s first installment in the Highland Pride series reads well as a stand-alone novel, while hinting at adventures to come with some of Brice’s clansmen. Fans who crave a bit of mystery mixed with their romantic historical fiction will be drawn to this story of love, loyalty, and honor.”—Library Journal

Praise for the novels of Sharon Cullen

“This Regency romance has it all—danger, blackmail, passion, love, and characters that draw you in and leave you wanting more.”—Fresh Fiction, on Sebastian’s Lady Spy

“Heart-wrenching and full of real emotion, proving that love is always the answer, His Saving Grace is the best book I’ve read this year!”—USA Today bestselling author Bronwen Evans

“A sizzling, smart relationship that evolves beautifully to capture readers’ hearts as well as their imaginations.”—RT Book Reviews, on Pleasing the Pirate

“The Notorious Lady Anne has everything I look for in a romance. Cullen’s debut is a sexy, fun, and thrilling read.”—Bestselling author Shana Galen

Includes a special message from the editor, as well as an excerpt from another Loveswept title.

SCOTTISH LASSES...Meet the lasses in the world of Mary Queen of Scots…Like the Scottish thistle, they’re lovely yet tough, beautiful yet prickly, and only the strongest and wisest heroes are able to elude their thorns to discover the tender blossom within.

When Florie Gilder, the once-respected jeweler to Queen Mary, claims sanctuary in an abandoned church for a crime she didn’t commit, huntsman Rane MacFarland, a local hero of the common folk, vows to protect her. But when his overlord charges him with preventing the fugitive lass’s escape, Rane finds himself torn between duty and desire when he begins to fall for his spirited captive. And when powerful foes conspire to turn Rane and Florie against each other, they need courage, wits, and, most of all, love, to survive.

“Robin Hood move over, Rane MacFarland is the new archer in town.”
–Score: 4 out of 5 points!—www.nightowlreviews.com

“It takes a good writer to take the reader to a place and time and have them feel as if they are there with the characters, and Ms. [Campbell] does just that with ease and entertainment.”
–The Reading Reviewer, http://www.marygramlich.com

Glynnis Campbell is a USA Today bestselling author of swashbuckling action-adventure historical romances set in Scotland, England, and the American West, with over a dozen books published in six languages. She has won awards in the Orange Rose, Hearts through History, and Book Buyers Best contests and was a double finalist in the Romance Writers of America RITA Awards. Her books appear in several multi-author boxed sets with such esteemed talents as Bella Andre, Marie Force, Tanya Anne Crosby, Lauren Royal, Kathryn Le Veque, Eliza Knight, and Claire Delacroix. Writing from her California home, she loves playing medieval matchmaker and transporting readers to a place where the bold heroes have endearing flaws, the women are stronger than they look, the land is lush and untamed, and chivalry is alive and well! 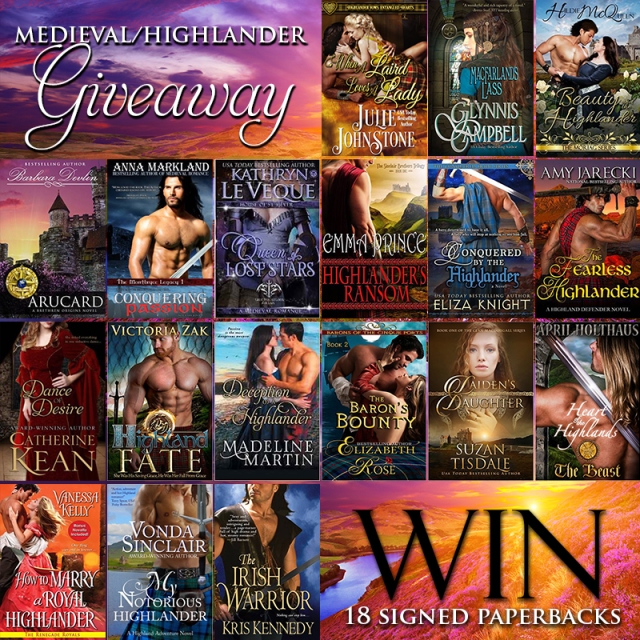