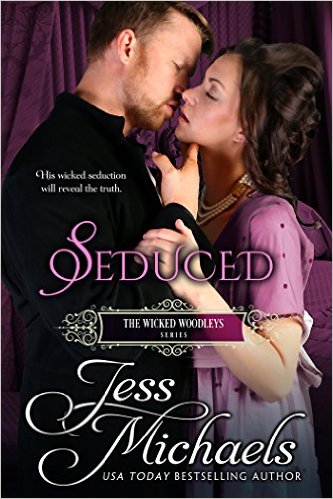 Criminal Jack Blackwood has plenty of problems, from his complicated relationship with his brother to the plethora of men coming to dethrone him as king of the underground. What he doesn’t need is a rich, bored gentleman showing up to try to join his gang. Worse, he doesn’t need that gentleman’s sister, Lady Letitia Seagate, chasing after him demanding he keep her brother safe. If only the lady weren’t so damned intriguing.

Widowed Letty is desperate to protect her younger brother, even if it means matching wits with the notorious, charismatic Captain Jack. Only the man has far more to him than she ever expected, and his tempting kisses and smoldering promises leave her wanting more than she has ever dared before.

Can Jack uncover the truth behind Letty’s darkest lies? And will they both survive the storm about to strike at the very heart of their passion?

I really felt this book was maybe the best of the series. It is the last book in the “Wicked Woodleys Series”. I really hate when a series I have gotten into so completely ends.

I gave this one 4.75 stars. It really was great and as I said before I hated not only for the series to end but this book as well. This series is not to be missed.

I know I can count on Jess Michaels to provide me with a new series that may even top this one.

I was provided with a digital ARC of this book in exchange for an honest review. 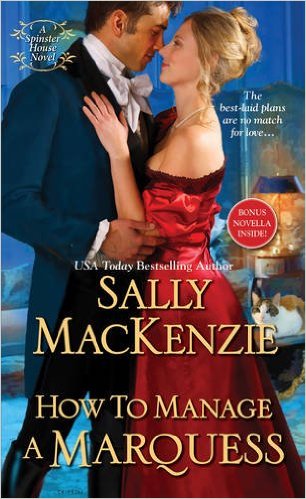 How to Manage a Marquess

Two possible futures loom before Miss Anne Davenport. The first option: sharing an unhappy home with her father and soon-to-be stepmother. The second: a life of independence at the Spinster House–if only her friend, Cat, would vacate the premises and marry the Duke of Hart. A well-placed whisper about the pair’s secret tryst might speed the course of true love. But the duke’s stubborn cousin poses an obstacle. A ridiculously handsome, very persuasive obstacle…

Nate, Marquess of Haywood, has spent his life looking out for the duke, hoping to stave off a family curse. The only way to keep his cousin alive is to keep him single. That means convincing the intriguing Miss Davenport that her lovely lips could be put to far better use than gossiping. Kissing, for instance. In fact, Nate is beginning to hope that Miss Davenport’s destiny lies not in the Spinster House at all, but with him …

As usual Sally MacKenzie has written a delightfully funny novel of intriguing proportions.

The characters are well developed and the book is both funny and sexy without an over abundance of sexual content.

It will not read well as a stand alone. I recommend reading the series from book 1.

She can be counted on to make you laugh and anticipate the next installment in the series.  This is book #3 and they all have been to date delightful. I would give this one a 4.25 star rating. I received a digital ARC of this book in exchange for an honest review.