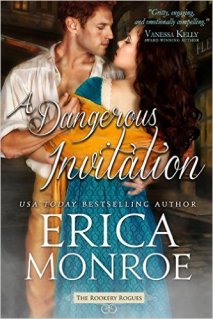 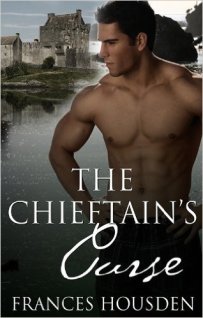 Scoundrels, thieves and rebels inhabit the rookeries–where the women are fierce and the men are dangerous. Are you willing to take the risk?
SHE’S GIVEN UP ON LOVE, AND WANTS ONLY INDEPENDENCE…
Torn from her life of privilege by her father’s death, Kate Morgan survives in London’s dark and depraved rookeries as a fence for stolen goods. The last man she ever expects, or wants, to be reunited with is her first love, who promised to cherish, honor and protect her, and instead fled amidst accusations of murder.
HE’S THE REFORMED RAKE DETERMINED TO WIN HER BACK.
One drunken night cost Daniel O’Reilly the woman he loved. If he ever wants to reclaim Kate–and his old life–he’ll not only have to prove he’s innocent of murder, but convince the pistol-wielding spitfire that he’s no longer the scoundrel he once was.Together, they’ll have to face a killer. Time is running out…
———————-

A Dangerous Invitation is a dark, gritty, and sexy romantic suspense set in pre-Victorian England. It is a full-length standalone historical romance, and is book one in the Rookery Rogues series.
About The Author:
Erica Monroe is a USA Today Bestselling Author of emotional, suspenseful historical romance. Her debut novel, A Dangerous Invitation, has been nominated in the published historical category for the prestigious 2014 Daphne du Maurier Award for Excellence in Romantic Suspense. When not writing, she is a chronic TV watcher, sci-fi junkie, comic book reader, pit bull lover, and slow runner. She lives in the suburbs of North Carolina with her husband, two dogs, and a cat. Sign up for Erica’s new release newsletter at: bit.ly/mlem4

Euan McArthur is a chieftain in need of an heir.

While still a young a warrior, Euan incites the fury of a witch. She retaliates with a curse that no wife will ever bear him an heir. As he buries his third wife and yet another bonnie stillborn son, Euan can no longer cast her words aside.

Morag Farquhar is a woman in need of sanctuary. With a young relative in tow, Morag flees the only home she has ever known to escape her brother, Baron of Wolfsdale, and find sanctuary in the MacArthur stronghold. Pronounced barren by a midwife, Morag is of little value to her family, but a Godsend to Euan, a lover he can’t kill by getting with child.

Years ago, chance drew them together, and tangled their lives in ways they could never have imagined. This time their destiny lies in their own hands, but it will take courage and strong hearts to see it through to the end.

Praise for THE CHIEFTAIN’S CURSE:

NEWLY RELEASED as a Single Title

“Once Upon a True Love’s Kiss”

(A Waltz with a Rogue Novella Book 3)

A marriage offer obligated by duty; an acceptance, compelled by desperation.

At two and twenty and scarred from a fire, Philomena Pomfrett is resigned to spinsterhood, but to 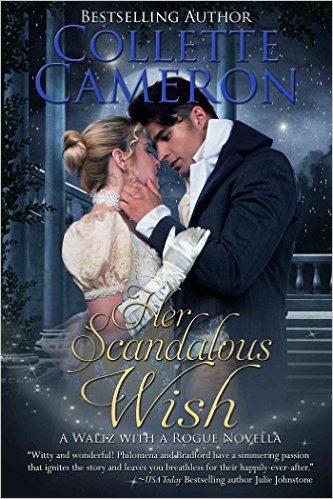 ease her dying brother’s fretting, she reluctantly agrees to attend a London Season—to acquire a husband. If she fails, when he dies, with no family and no money, her future is perilous. Betrayed once by love, Philomena entertains no notions of a love-match.

Newly titled, Bradford, Viscount Kingsley, returns to England after a three-year absence. When he stumbles upon Philomena hiding in a secluded arbor during a ball, he doesn’t recognize his first love, believing she died in a fire. Yet, something about her enthralls him, and he steals a moonlit kiss. Caught in the act by Philomena’s brother, Bradford is issued an ultimatum—a duel or marry Philomena.

Bradford offers marriage, but Philomena rejects his half-hearted proposal, convinced he’d grow to despise her. Then her brother collapses, and she’s faced with marrying a man who deserted her once already.

This Novella Was Previously Featured in Anthology/Boxed Set

“Once Upon a True Love’s Kiss“

This Boxed Set is Also Available at the Low Price of $0.99

Lady Julia is hired to turn a rogue into a gentleman and receives lessons in love and desire.

A duke masquerading as a pirate to “rob from the rich and give to the poor” sheds his darkest-kept secrets to keep from losing the duchess his wife has become.

A marriage offer obligated by duty . . . an acceptance compelled by desperation.

MILADY AND HER SPY by JILLIAN CHANTAL, 2015 RONE Finalist.

A lady, a spy, a traitor… a battle of wills.

KISSED BY A SCOTTISH ROGUE by SAMANTHA GRACE, Acclaimed, RITA-nominated author. Scottish land steward Fergus McTaggert calls a temporary truce with his employer’s companion only to discover their passionate battles have been masking their hidden desires.

A rake, an heiress, and stolen kisses…this seduction could be his last.

TEMPTED BY A ROGUE by LAUREN SMITH, National bestselling, Award-winning author. Gemma never planned on falling in love with her childhood sweetheart’s best friend, Jasper, when he returns home, but she can’t resist the naval officer’s brooding charm.

She gave him a chance to bury his past…but the price would be his heart.