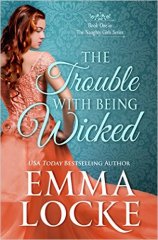 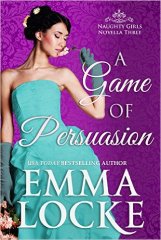 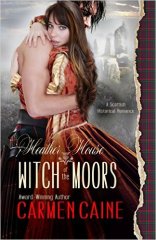 The Trouble With Being Wicked

by Emma Locke
FREE at: 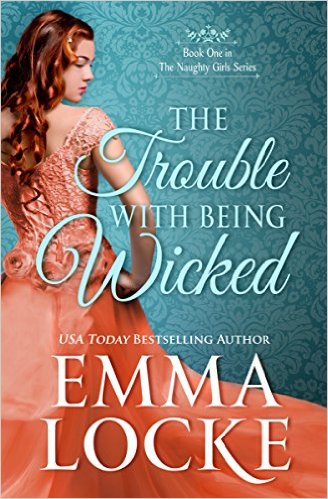 HE PUT HER ON A PEDESTAL
When Celeste Gray arrives in the sleepy village of Brixcombe-on-the-Bay, she thinks she’s one step closer to leaving her notorious past behind. She even suspects the deliciously handsome—if somewhat stuffy—viscount next door is developing a tendre for her. That is, until the day Ashlin Lancester learns she’s not the unassuming spinster she’s pretending to be.

NOW SHE HAS FARTHER TO FALL
After a decade of proving he is nothing like his profligate father, Ash is horrified to have given his heart to a Cyprian. He launches a campaign to prove his attraction is nothing more than a sordid reaction he can’t control. But he soon learns that unlike his father, he can’t find comfort in the arms of just any woman. He needs Celeste. When he takes her as his mistress, he’s still not satisfied, and the many late nights in her arms only make him want more…

A Game of Persuasion:

Extended Prologue for The Art of Ruining a Rake

by Emma Locke
FREE at: 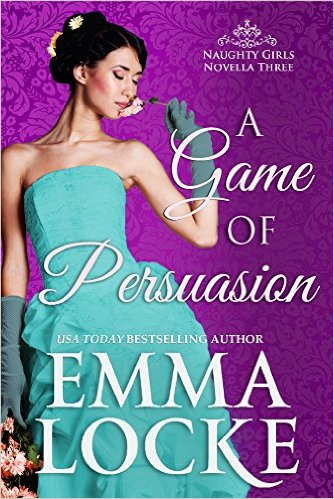 Publisher’s Note: This story is continued in the full-length novel The Art of Ruining a Rake, and is intended as bonus content or as an introduction to The Naughty Girls Series.

A NIGHT SHE’LL NEVER FORGET…
Miss Lucy Lancester has loved her brother’s best friend, Roman Alexander, for as long as she can remember. So devotedly, she’s vowed never to marry anyone else. But her beloved libertine is hardly aware of her existence, and not the least deserving of her affection. Deciding her cause is lost, she makes plans to open a girls’ school in Bath. There’s just one thing she needs to do before she confirms her spinsterhood forever: spend one blissful night in Roman’s arms. But her handsome rogue isn’t ready to have the tables turned. It will take more than a coquettish smile to turn his head. She must play a game…of persuasion.

“A rich, sensual, bewitching adventure of good vs. evil with love as the prize.”
~Publisher’s Weekly on ETERNITY

300 years ago, Raven St. James was hanged for witchcraft. But she revives among the dead to find 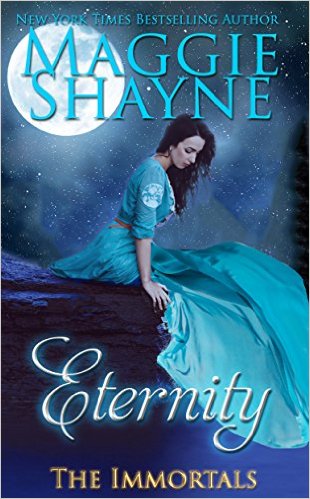 herself alive. She is an Immortal High Witch, one of the light. A note from her mother warns that there are others, those of the Dark, who preserve their own lives by taking the hearts of those like her.

Duncan Wallace’s forbidden love for the secretive lass costs him his life.

300 years later, he loves her again, tormented by hazy memories of a past that can’t be real. She tells him of another lifetime, claims to be immortal. Though he knows she’s deluded, he can’t stay away. And the Dark Witch after her heart is far closer than either of them know.

If you liked the TV Series HIGHLANDER, you will LOVE this series.
Don’t miss Book 2, INFINITY.

“A hauntingly beautiful story of a love that endures through time itself.”
~New York Times Bestselling Author, Kay Hooper

“This captivating story of a love that reaches across the centuries, becomes as immortal as the lover’s themselves, resonates with timeless passion, powerful magic, and haunting heartbreak.”
~BN.com’s official review

I read this book when it came out in paperback in 1998. I loved it and the other 2 books in the series that followed.

Witch of the Moors (Book One)

Readers say “Captivating”, “Riveting”, and “A heartrending story you wish would never end” about “Heather House: Witch of the Moors”, the latest Scottish Romance from Award-Winning and bestselling author, Carmen Caine!

Scotland, 1589 – As the spare for the heir, Alec Montgomery devoted his time to the pursuit of pleasure. 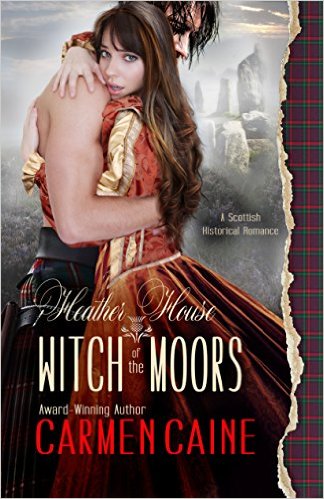 Lighthearted and fiercely loyal, Alec spent his days as his brother’s right-hand man while avidly thwarting the matchmaking attempts of the king and his mother’s desire that he join the priesthood. But on one stormy night, a mysterious crone and a chance meeting on the moors bring his fate full circle.
To escape a Montgomery raid as a wee lass, Sorcha Cunningham and her mother fled into the forest and stumbled upon the refuge of Heather House with its ancient stone circle. The dreams came to Sorcha that night, dreams that would portend the horrors of her future, forcing her to face a destiny written in the stars.
As the age-old feud between the Montgomery and Cunningham clans ignite, Alec and Sorcha walk a precipice of desire and danger as King James VI of Scotland ushers in the age of witch-hunting and the North Berwick Witch Trials threaten to rip them apart.