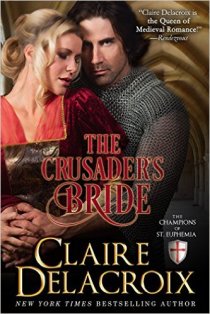 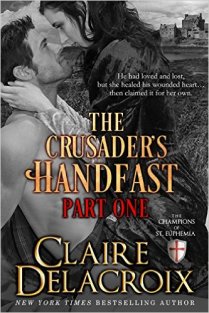 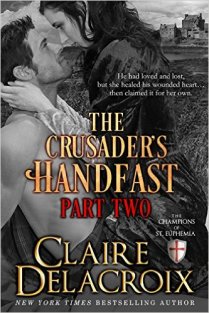 (The Champions of Saint Euphemia Book 1)

Also Available in Audio Format from  Audible, Amazon and Apple 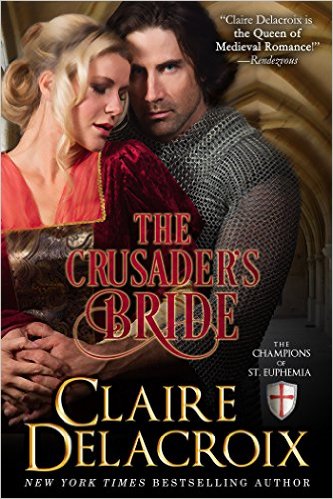 Gaston battled for duty and honor—until his new wife tempted him to fight for her love.
Gaston has had his fill of war and the Latin Kingdoms when he learns that he has inherited his father’s estate in France. He accepts one last quest for the Templars, the order he has served for fifteen years, and agrees to deliver a package to Paris on his way home. A practical man, Gaston knows he now has need of a wife and an heir, so when a lovely widowed noblewoman on pilgrimage catches his eye, he believes he can see matters solved to their mutual convenience.
But Ysmaine is more than a pilgrim enduring bad luck. She has buried two husbands in rapid succession, both of whom died on her nuptial night, and believes herself cursed. Accepting the offer of this gruff knight seems doomed to result in his demise, but Gaston is dismissive of her warnings and Ysmaine finds herself quickly wed again—this time to a man who is not only vital, but determined to remain alive.
Neither of them realize that Gaston’s errand is one of peril, for the package contains the treasure of the Templars—and some soul, either in their party or pursuing it, is intent upon claiming the prize for his or her own, regardless of the cost. In a company of strangers with secrets, do they dare to trust each other and the love that dawns between them?

The Crusader’s Handfast: Part One 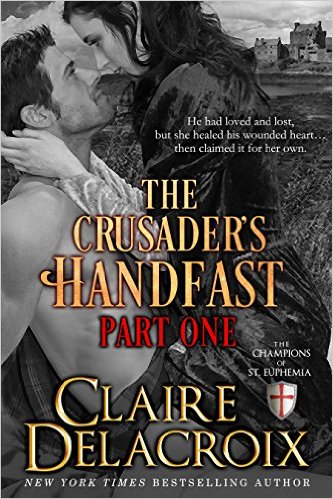 A pilgrimage to Jerusalem with her mistress has left the maid Radegunde determined to live every moment to the fullest. She dreads the return to routine and her inevitable marriage to a reliable man, so convinces the warrior Duncan to make merry with her while their respective masters linger in Paris. Dancing and singing are not the sole revels in Radegunde’s plans, for she means to taste passion with this man who snared her attention in Venice. Duncan is convinced his own heart is lost forever, but Radegunde’s allure cannot be denied. When he surrenders to her seduction, Duncan suggests a handfast, knowing that even this honor is far less than she deserves. Radegunde, however, is not interested in half-measures, and resolves to win Duncan’s love, no matter what the cost. Will she succeed in her quest? Or will their paths part forever, and do as much too soon?

This book is being published in monthly installments, beginning in December 2015 and ending in May 2016. The complete book will be available in print and digital formats in July 2016.

The second installment of Duncan and Radegunde’s story will be available on January 15. 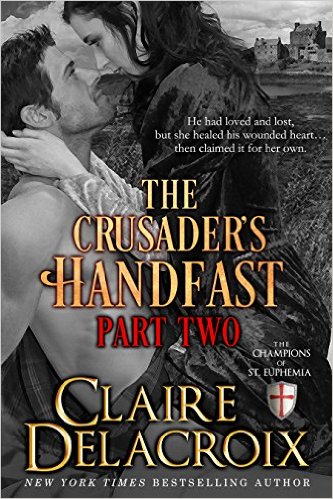 In this episode, Radegunde fears Duncan’s interest has been dismissed, while Duncan wrestles with his memories of the past and his desire to do what is right for Radegunde. Fate intervenes before he can share the secret he has promised to reveal to Radegunde—but his deeds reveal an unwelcome truth to her. Is Duncan’s heart already claimed?