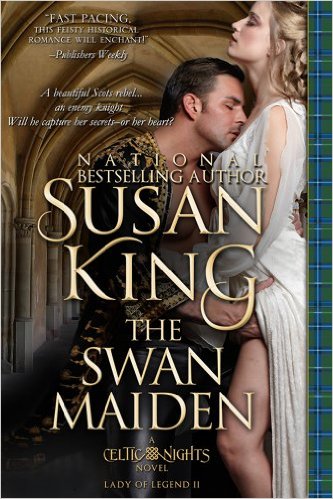 When Lady Juliana, a beautiful Scottish rebel, is captured by the English and paraded as the legendary Swan Maiden, a knight sworn to the English king recognizes her as the girl he rescued years before.

Ordered by the king to marry Lady Juliana and find the rebels she protects, Sir Gawain must resist the beautiful, feisty rebel and hide his own treasonous secrets while discovering hers—even as passion brings them together.

But if the king hears of their dangerous intentions, their lives will be forfeited before love can ever set them free.

“With its well-conceived plot, and strong visual elements, this feisty historical romance will enchant.” ~Publishers Weekly

OTHER TITLES by Susan King
The Black Thorne’s Rose

ABOUT Susan King:
Susan King is the bestselling, award-winning author of 22 historical novels and novellas praised for historical accuracy, master storytelling and lyricism.

Learn more about Susan’s books at: 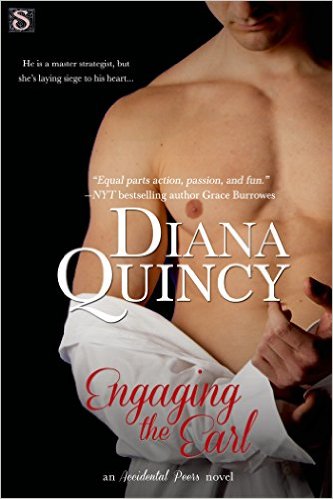 England 1819 – When the man she can’t forget reappears at her betrothal ball, Lady Katherine Granville’s perfectly arranged future is thrown into tumult. Although she’s set to wed Society’s most eligible bachelor, Kat secretly yearns for her childhood love, an untitled loner who vanished long ago after her father forbade their marriage.

After years abroad, the dark and brooding Edward Stanhope returns to England a changed man. No longer a second son with no prospects, his battlefield strategies have won him an earldom. His return should be a victorious one, but the new Earl of Randolph is battling secret demons that no one can discover. Least of all, Kat.

Edward remains cold and distant, hoping she’ll marry a man more worthy of her. But nothing is settled when Kat sets out to win back her first love. Can Kat and the new Earl of Randolph find their way back to each other and finally prove love really is sweeter the second time around?

Diana Quincy is an award-winning television journalist who decided she’d rather make up stories where a happy ending is always guaranteed.

Growing up as a foreign service brat, Diana lived in many countries and is now settled in Virginia with her husband and two sons. When not bent over her laptop or trying to keep up with laundry, she enjoys reading, spending time with her family and dreams of traveling much more than her current schedule (and budget) allows.

Diana loves to hear from readers.

Unjustly labeled a flirt, Kitty Beaucroft is in need of a fiancé. Lord Philip Butler’s father wants him to settle down before he can 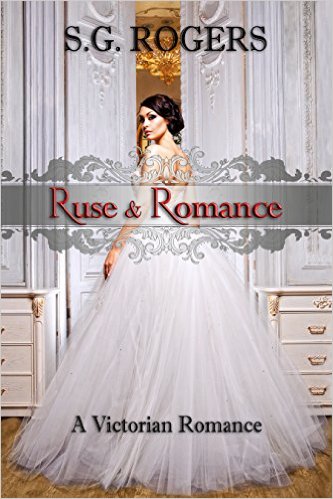 become a landowner. With no intention of following through, Kitty and Philip enter into a temporary engagement as a means to an end. Unfortunately, someone knows the truth and is determined to expose them. Will the ruse turn into a romance before it’s too late? 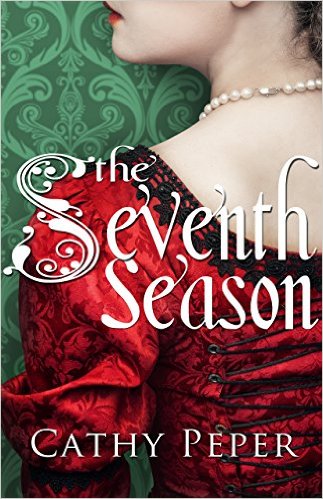 The reigning belle of the London Season, Miranda Blake is the epitome of grace and beauty. But the one thing this wealthy Earl’s daughter is lacking is the very thing she’s never considered to be a priority: finding a husband.
When she overhears a jealous matron refer to her as being “on the shelf”, she fears she’s postponed marriage for far too long.
Brash American Derek Lang has arrived in England, determined to complete two tasks on his growing list of priorities: purchase inventory for his family’s business and clear his grandfather’s name. What he hadn’t anticipated is abandoning his crusade to help a damsel in distress with a charade intended to make Beau jealous.
Will their scheme work, or will it lead to something far too real?

Cathy Peper is a lifelong reader and romance writer living in the St. Louis, Missouri area with her husband, three children and the world’s cutest dog.  When not hard at work on her next novel, she loves to travel, drink wine and get inky with stamps and mixed media.