For he has the unfortunate habit of falling for each Season’s loveliest debutante, only to have his heart broken when she weds another. Surely Lady Marjorie Penwhistle can help him. She’s sensible, clever, knows the ton, and must marry a peer, which he is not. Since she’s decidedly out of his reach, Charles is free to enjoy her refreshing honesty—and her unexpectedly enticing kisses…

At least not the titled-but-unbearable suitors her mother is determined she wed. She’d rather stay unmarried and look after her eccentric brother. Still, advising Mr. Norris is a most exciting secret diversion. After all, how hard will it be to match-make someone so forthright, honorable, and downright handsome? It’s not as if she’s in danger of finding Charles all-too-irresistible herself…

This book is FREE on all sites:

at Amazon Add Audible narration to your purchase for just $1.99

After his death, Marcus found the love of his life…

Between torture, demon attacks, and midterms, Marcus and Emily must fight their feelings for a devastating prophecy has predicted:

“Should Angel and Human unite, humanity will perish.”

“Marcus, choose me. Choose the path that is perilous and leads to certain annihilation because it’s also the path that leads to me. They can’t understand that we are powerless to stop what we have for each other. But we know. We know that if we don’t bend to the will of this love, it will break us…”

The prophecy says I will fall in love with team leader and Angel, Marcus Cane. The prophecy also says that our love will cause his mission to fail and end the world.

This human is not worried. Why?
Because I do not intend to fall in love with Marcus.

The truth is I hate him. I hate his warm brown eyes with flecks of gold, his chiseled face and broad shoulders.
I hate how over protective he is just because a few thousand demons are after me.

In fact, I couldn’t care less about Marcus or his perfect telekinetic girlfriend.
And when I see him holding her, I don’t die a little inside…
Lola StVil is a New York Times and USA Today bestselling author living in California. Below is her Guardians Series In Order:

This book contains a scene in chapter 12 that is for mature audiences only.

Readers can skip this chapter without missing any info vital to the plot.

As the demon takes her into his arms and away from the flames, he begins to understand, he isn’t rescuing her; she’s saving

“After speaking to the other angels on the team, I hang up my cell and sigh. No one’s heard from Aaden in months. This bothers me not only as the leader but as his girl–well if I was his girl–which I’m not.  Great. Now on top of being grounded, I’m sitting here acting girly and needy. Argh!!!

Screw this! I start to head downstairs to plead my case to my parents again, when something out the window catches my eye. I lean in closer to get a good look. What I see astounds me: soundlessly and without hesitation, the humans line up and jump off the roof one at a time…”

Be Sure to Check Price Before Buying.

Psst, don’t miss out on this piggyback countdown sale:

Dara’s multi-award winning best selling novel HIGH ENERGY is also 99¢ for the next few days only!

THEY CALL HIM THE LORD OF SEX…

With his wicked sense of humor, keen intelligence and charming ways, Viscount Sexton is an expert in the art of seduction. Little does he know that his days of debauchery are about to come to an end. For Chloe intends to have him for her own. And the feisty red head has the perfect plan to do it. What could be better than beating Don Juan at his own seductive game?

FILLED WITH LAUGHS, LOVE, AND LOADS OF HEAT, READERS WORLD-WIDE HAVE FALLEN IN LOVE WITH JOHN AND CHLOE:

If you love contemporary and historical wedding romance, or if your favorite beach read involves romantic comedy or a touch of the paranormal–witches, psychic pets, ghosts–don’t miss this engaging boxed set!

Whether real or only in the hearts of the bride and groom, the magic of weddings is undeniable. And irresistible! As these 15 enchanting happily-ever-afters by bestselling and award-winning authors prove.

From sweet to spicy, the romances bundled into this set cross time and unite hearts, cast spells of laughter, battle wedding jitters and fight back tears, while weaving love’s hopeful magic.

Celia’s doomed to an arranged marriage–unless she can win the most important bet of her life!

Never underestimate the power of a witch and warlock in love who have nothing left to lose.

Two couples, 400 years apart. From a masquerade ball in Venice 1615 to a wedding in England 2015, can a dress laced with magic weave its spell through the fabric of time?

She thinks she’s marrying the man of her dreams, until a telepathic rescue dog leads her to someone else… Will this bride-to-be say “I do” to the wrong man?

Will two warring hearts be strong enough to survive the ultimate battle?

She has a wedding to crash–until love gets in the way!

♥ Heart of the Secret (Witches of Lane County)

by Jody A. Kessler, Bestselling and Award-winning author.

A 500 year-old curse, a witch who will do anything to marry her one true love, and the heart of a secret that will either divide them or bring them together…forever.

♥ The Jealous Love of a Scoundrel

How do you fight a calling that comes from your soul?

♥ A Wedding Across the Winds of Time

Darius and Molly found each other Across the Winds of Time. Now, it’s time for their wedding!

You never expect the florist to catch the bouquet…

♥ Caution is a Virtue

How much is too much to risk for love?

In order to become the bank’s new Vice President, Gunther Justin has to be “settled.” With Lindy McPherson posing as his fiancé everything is set to go off without a hitch–until real feelings get in the way.

Does a simple kiss have enough magic to reunite lovers?

She’s the bridesmaid, he’s a best man. Will the magical evening stay just that or will it turn out to be real after all?

When unexpected guests attend Akira and Zane’s wedding, lives will change forever. But for better or for worse?

London Heiress kidnapped by the Marquess of Ashlund, read the headlines. Yet no one tried to save her.

Phoebe Wallington was seven years old when a mass assassination attempt rocked Regency England. Her father was the 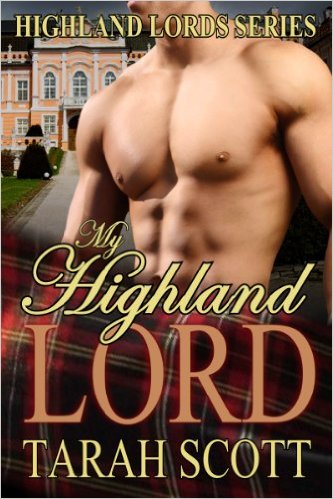 only accused traitor to elude capture. Seventeen years later, the one man who could prove her father’s innocence is dead. Now as a grown woman and a British spy, she’s no closer to learning what really happened that day.

Phoebe’s quest for the truth takes a sudden turn when she’s kidnapped by a suspected traitor. But Kiernan MacGregor, the Marquess of Ashlund, may not live long enough to stand trial. Someone wants him dead…and Phoebe stands in the killer’s way. The only way to save her reputation and protect Kiernan is to marry him.

♦♦♦All books in the Highland Lords series are stand alone.♦♦♦