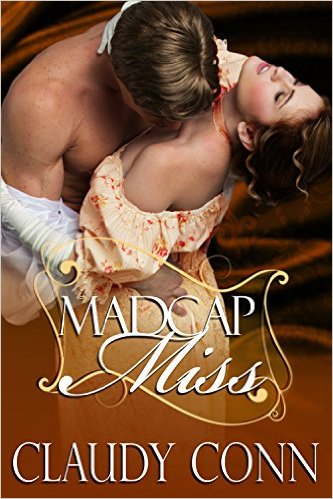 LET THE OLD FIDGET OF A DUKE COMMAND ORDERS ON HER HEAD?

Ah, the devil he would!

The unchaperoned Miss Felicia Easton, holed up happily at Easton Manor, was quite content with her unchaperoned state, thank you very much. The last thing she needed was to be summarily fetched to see her ogre of a guardian, the elderly Duke of Somerset.
And so she fled with her childhood friend, Scott—only to run into a highwayman!
Thank heavens Glen Aston happened along when he did, insisting the two runaways recover from their shock at a local inn.
But it was some time before the flirtatious Felicia and the highly susceptible Ashton realized they had more in common than a chance encounter in the countryside, for the Duke of Somerset had passed away, and Ashton was now Felicia’s guardian.
And this guardian didn’t appreciate being bamboozled by a slip of a girl, lovely though she might be!

She tried to best him at his own game!

Arabella Cullingham’s latest flirtation leaves her blue-deviled when the handsome colonel leaves without saying good-bye.
Her brother determines that a London Season is what his pretty sister needs to mend her broken heart.
Enter the dashing Earl of Magdalen, a confirmed bachelor whose female acquaintances run to women of dubious reputation.
They meet quite by accident and circumstances allow him to deduce she is a light-skirt!
Bella, for her own reasons, decides to play along, never thinking that the game might cost her the man she truly loves!

Never Less Than a Lady 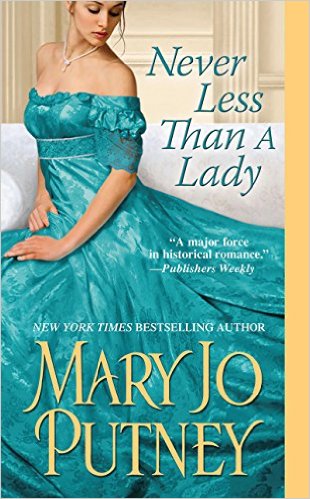 a rebellious nobleman drawn to a lovely widow with a shocking past.

As the sole remaining heir to the Earl of Daventry, Alexander Randall knows his duty: find a wife and sire a son of his own. The perfect bride for a man in his position would be a biddable young girl of good breeding. But the woman who haunts his imagination is Julia Bancroft–a village midwife with a dark secret that thrusts her into Randall’s protection.

Within the space of a day, Julia has been abducted by her first husband’s cronies, rescued, and proposed to by a man she scarcely knows. Stranger still is her urge to say yes. A union with Alexander Randall could benefit them both, but Julia doubts she can ever trust her heart again, or the fervent desire Randall ignites. Yet perhaps only a Lost Lord can show a woman like Julia everything a true marriage can be. . .

Praise for Loving a Lost Lord